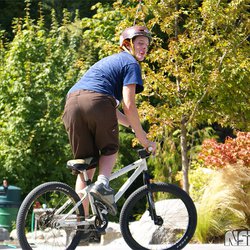 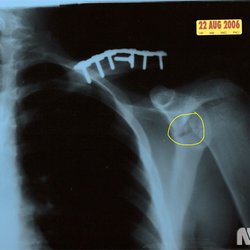 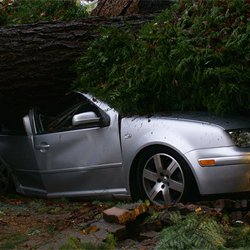 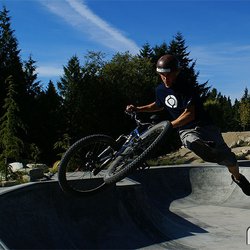 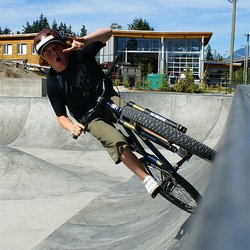 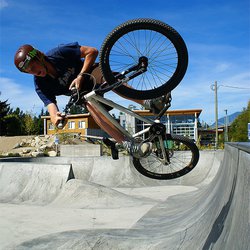 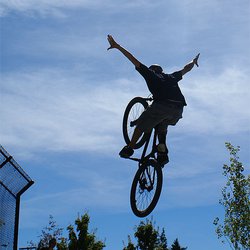 its blue now!!!! looks way nicer with the new paintjob

ha ha whats up with the watermark

is that one of the new rockshox on the front?

whoa it looks like you really boosted the contrast

i didn't think that drop was that big at all

Looking good! Exactly one of the builds I was contemplating but ended up to pricey very fast (hubs). What is the gramage on those? 1400-1500g?

Been looking around for the most cost effective chinese dealer carrying reputable rims. LB, yoeleo etc. Thinking of going with LB and the high profile race rim oriented approach. The bike will see mostly tarmac and gravel so…

didn't weigh them when I got them in but my rough calculator puts them at 1318grams based off of approximations I found on the internet… they are crazy light.

I'd go with LB, everyone I know around here (SF Bay area) that is using CF that isn't enve is on LB. Haven't heard of issues from my friends on them.

Been a while since any updates in this thread. How are `everyones rims´ holding up?

Looking at breaking my student budget on a LB wheelset for my cyclocross. 45 or 55mm high and 25mm wide (outer) u-shape disc rim on hope pro 4 straight pull and pillar aero spokes/brass nipples.
Hope hubs because they can be converted with ease. Worth the premium over Novatec hubs imho.

Was thinking about lighter 29" medium wide XC rims instead of the higher profile road/CX rims, but it would be nice to be able to run high pressure race tyres if needed.

All my hands on experience is on mtb rims/wheels, so I´m kind of lost. Some of you also ride cross/race bikes so thought I´d ask around here. My impression of NSMB is that you guys n gals actually ride your bikes when not at the computer, so more valuable input.

What wheelset would you build for an all purpose cross bike?

Hi, I just finished up a build for my cx/adventure/commuter bike with LB RM29C06's+DT240+CXray. I think for cx the wider MTB rims are the way to go for sure. Really happy with mine so far. 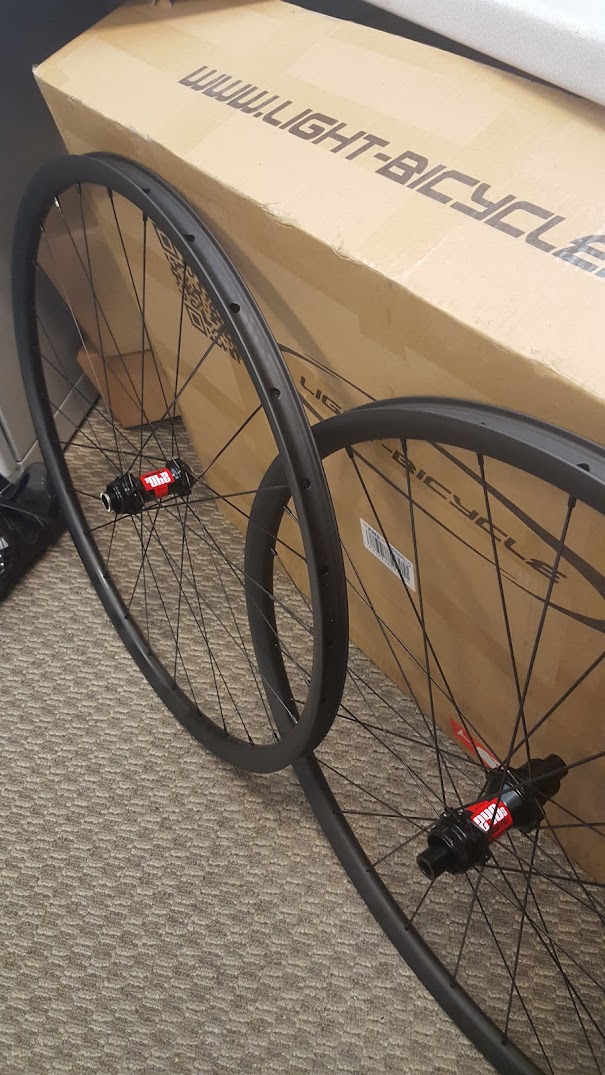 I have a 5010c with a 140mm pike on the front and I absolutely love it. It feels like Im in the air half the time when I am riding it down the hill. It handles great, super easy to throw around. It can feel a little small on goats gully/in deep laps, but out of the park there really isnt much I wont ride on it. Climbs very well.

I also demoed both the Bronson and the Nomad during crankworx. With the nomad I did a lap of green monster into a double lap of rockwork+korova followed by WBG. With the bronson I did microclimate + HB + GB.

I loved riding the nomad. It climbed surprisingly well, and on the downhill it plowed through the terrain. It was different enough from my 5010 that I wouldn't mind having it as second bike if I had unlimited funds (I dont :( )

The Bronson felt like the shitty mix between my 5010 and the nomad. It didnt feel particularly poppy, didn't plow, and it's climbing was nothing amazing either. A lot of this might come down to the (terrible) fox34CTD that was on the front, but I never really felt comfortable on the bike when I was riding it and nor did I enjoy it.

Its a large frame, with a (leaky left seal) Fox 32 Float RC. The left side frame by the rear disk brake, has a pretty large dent + paint missing from landing on some rocks. The front tire is a 2.35 Maxxis minion f folding. The rear tire is a worn Kenda nevegal 2.35. Handlebars also have some wear where race plates are mounted from excessive zap strap wear. The bike spec wise is stock, I don't think I have swapped anything out but the tires and a disk brake which was replaced with an identical model.

It was stolen from the bike racks at City Square, by Cambie street and the Vancouver General Hospital. It was stolen yesterday evening at 6:48pm.

Colour I guess is more of a copper, but its brownish from a distance.

It's not far from this structure on the same trail. Know anyone who builds like this?

Were you the guy we saw twice on Canada Day? Once at the top shovelling + wheelbarrowing, and once when we met you where this picture was taken?

The upper section of the trail looks like its been worked on quite a bit since I found it last summer, well at least from that one photo you posted. The cement (I'm pretty sure it existed…) I was telling you about looks like its been covered with grass (its in the middle of the trail), should be pretty obvious, I'd check it out.

Where is the contraption in the first pic? looks pretty awesome! ha ha ha

Wait and get the Galaxy S II, some reviews have been saying its the first phone to be better than the Iphone.

Work recently bought me an Iphone, it works fine and is stupid easy, but as someone who loves customization and user control, the Iphone is just too locked down for me.

There was some really really nice shots in there! Impressive Graeme

I think it's actually supposed to be coming here for late Q2/early Q3. I was completely set on getting this phone when it comes out… but now I'm getting an iphone through work :(.

The benchmarks are insane, it can be overclocked to 1.5ghz…

This is the effect of crappy touchpad commonly found on cheap/old computers!

Touchfreeze works, I used it on my old lappy.