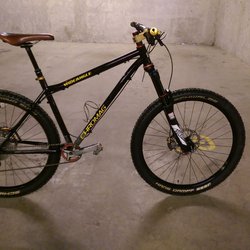 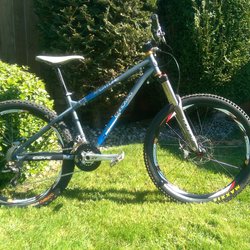 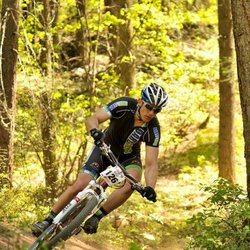 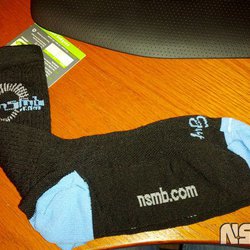 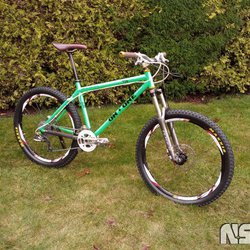 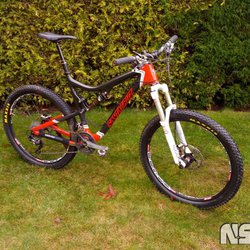 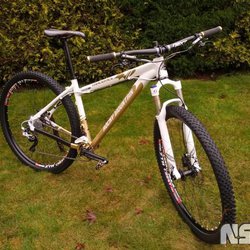 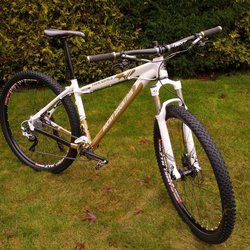 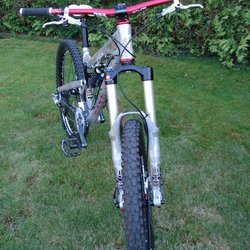 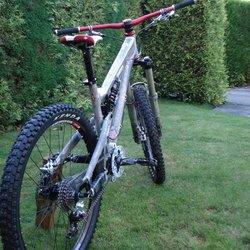 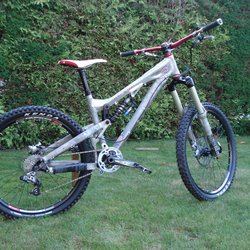 I don't know what's going on in Morgan's video, but nice release on the golf swing and you shifted your weight to the left nicely too. Good swing. You're a natural! 🙂

I have been running this tire for about two years and it is an awesome front and rear combo in all durometers and casings.

Great video and Morgan is killing it on the bike! Felt a little bad for Denver…

That is one hot bike!

I find running has zero carry-over to riding while riding carries over a ton. I would love to know why. But, I think the legs don't adapt the same way. Perhaps running up steep hills would cross over better.

Running is certainly easier winter cardio as far as just getting it done.

If you are looking for testosterone sources there are many local doctors who do hormonal therapy and you can likely get prescription. Pretty much any of the serious lifters over 40 in my gym are using testosterone. I know a cyclist who was on it too.

I havery not tried any PED'so, but it seems like gains would be easy.

It's probably more common than you think, and there are different level of usage. Not everyone wants to be huge.

I know bikini competitors who use steroids. Some, like clenbuterol, assist in shedding body fat.

It would really be good to use real names. I use mine. Then we wouldn't have to deal with stuff like Scrooge on here.

I haven't been on in a while. May have to continue not visiting.

Every gym has bros brah. It's as common as weed in the gym.

The upside down triangle has nothing to do with steroids, but there are tell tale signs. Those are typically really rounded off shoulders. There are other too.

Steroid use in the local gym is very, very prevalent. I know more than a couple at mine who are using things like Test E, Wynstrol, D-Bol and others.

Does anybody but me find surround sound annoying at home? I find a decent quality stereo setup very good for TV and movies. Maybe all I have heard is too many surround "demos" and haven't done enough real viewing with a surround setup.

A good calibrated setup kicks ass. Not for TV watching, but for movies and some video games are great.

I can't help but blurt it out…

I've been involved in the ski industry for more decades than I wish to admit. Either as a competitor, a sponsee, an athlete, in product development, in marketing, in engineering, in testing - in many many capacities. I only say this because to me?? This whole front side vs backside vs back country vs slack country vs freeski vs freeride….it's all just a bunch of horseshit for the most part.

The products - not all, but most - being designed today and marketed to a specific performance niche are just make-overs of already existing gear with some tweaks. They're not made to be pushed into the physical/environmental niche - they're made to be pushed into the psychological niche of the consumer. The consumer runs the show (or, their dollars, at least) - and since skiing has had its peaks and valleys (no pun intended) - went dead with snowboarding, came back due to snowboarding with the parabolic ski, then went dead with the half-pipe, then came back with twinners (thanks Brothers Mike and JP (RIP) and JF), then went dead on race courses only to come back as fatties and do-alls, moguls died down, cliff drops ramped up. It's all just finding the next mental landscape to exploit in the collective mind of the consumer. Fucking electric socks?!?!?!?! Give me a fucking break people…. Just "leave"!!

The 'core riders and skiers know their shit - and know what they need - and have gotten their jobs done on the gear they've had for years….some decades. Improvements are just another form of mass marketing - yes - some of it is kickass; but since when did everyone really start wanting to "earn their turns"?!?!?! It's horseshit. It's "fashion". Those who have earned their turns sure as shit know what they want and how to get it. And for the record - I'm not a skinner, nor a free-heeler….I just bootpack my ass to whatever ridge is necessary through lung and limb and don't care about the cardio kill. It's just me, call me old school. Whatever. It works, and costs me "nada" to convert :)

You can boot pack in waist deep snow. I will skin up. Also, if one is new to the sport, asking questions is kind of relevant.

But, I could rip on my old Rossignol Roc skis and I even had some Spalding Skis too. And those were dad's garage sale specials I had to learn on.

The tech is excellent but head spinning. The only downside is it took years to carve turns and bomb runs in powder and now anyone can do it.