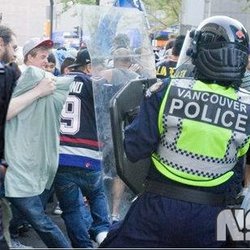 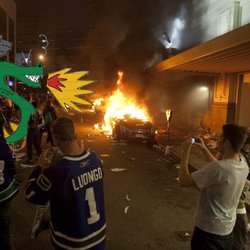 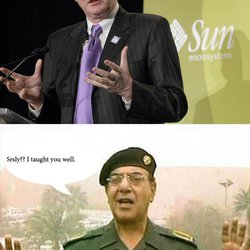 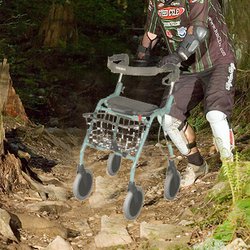 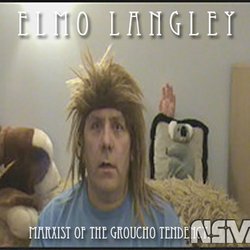 Pete looks like he's still trying to figure out how walking onto the ferry works.

I prefer the Vistas over the Air Pods but wish they came in better colours than Black and Green. Have had one drop out on a trail. The Find My Buds feature doesn't really work accurately so took I awhile of searching to find it.

ironically it looks like BN3TH is about to release a chamois'd boxer brief this week.

for short rides and park I've been going sans pad lately but no way on longer rides. Like everything there are variety options and i think most people's experience with a mtb chamois is the cheap foam liner one that comes with a pair of shorts. lots of good options for a better chamois are out there now.

" As trail builders, this is the first time we have ever gotten anything. As a result, I am super happy to support the brand, and stoked that they recognize the contributions of builders (most brands do not)."

well except for the original 7mesh jacket you, Ted T and Gary McFarlane all got from them for the work you've all done on Squamish trails.

Water can touch the membrane, the new Shakedry fabric as the membrane exposed but it's more susceptible to damage without a face fabric.

If you're into podcasts listen to More Perfect : The Gun Show - https://www.wnycstudios.org/story/gun-show/

Amongst a few things it talks about how the Black Panthers actually brought the 2nd Amendment to the forefront when they realized they could carry guns to police the police.  The history of the NRA segment is interesting as well

There will be but for a variety of reasons it won't be coming out until next Fall.

Those numbers are pretty accurate.  We (7mesh) don't list the ratings as we actually have never been able to get them from Gore-Tex (officially). Gore believes the ratings don't reflect real world usage (and anything over 10,000 is considered waterproof so 30,000 doesn't make it 3x as waterproof). Their focus is on durability of waterproofness, not just out-of-the-box - so they don't like the lab game where everyone uses a test that gives them a nice number, but it often doesn't hold up in the real world of rain/snow/dirt/oil/contaminants etc.

This is a good resource regarding waterproof fabrics - http://www.paddypallin.com.au/blog/all-about-waterproof-fabrics/

Even though we can't be as active in conversations as we like sometimes we still are very open to hearing people's thoughts on product - good and especially the bad ones. The redesign of the Revelation came out of listening to riders concerns regarding the length and the fit around the hips while the Guardian was designed for the riders asking for an over-the-helmet. Glad you're liking the Revo Shorts!

hmmm. not too sure about that. but the timing is fuzzy for me on when Arc started the footwear project

So, yup, it's likely only a matter of time before we have some sort of collision between an uphill motor-assisted rider and a descender.....ooops wait, I think that something like this may already have happened with a recent event in Squamish where two people on ebikes reportedly smacked into each other on the Mashiter as they were cooking along. Could just as easily have happened to two pedal-powered riders, but with the addition of the motor, there was (without argument) less time to avoid the collision.

extraordinary circumstances in that case and as far as I know only 1 rider was on an ebike. One was riding down the Mashiter with broken bike on his back and head down looking for waterbars and rocks. happened on a blind corner so like you say could have happened to anyone. good thing they were friends and got each other patched up.

hey, not the correct thread, but the right crew. Any Squam riders using a gravel bike?

I guess it was the SL.

Any of the Gore-tex fabric's will work great with a pack just not the Active fabric with the shakedry technology. Gore-tex is up front about that though.

Norvan or Norvan SL? Norvan SL uses a new version of Gore Active which doesn't have the face fabric so using a pack would wear away the coating. You would be fine with any other of the Active fabrics that have the outer fabric.

nice work and pics. friend of mine did it as well and ended up getting 2nd

YT was supposed to open across from my office but haven't seen any movement.

Maybe this is old news but I just got the email. WB is planning a big upgrade which includes developing Creekside to double the size of the bike park. Looks like an upgrade to Airdome as well.

[QUOTE=cerealkilla';2909413]Not just Cliff, but also his incredible wife Darlene (sweetest party hostess on the planet!), Stewart Kerr, and a lot of other generous people have pretty much sacrificed their entire summer for the past 20 years to make this happen. TOM was never just a race, it was a week-long festival with kids events, downtown events, parties, camping, and one of the largest vollie and spectator turnouts for a MTB race in Canada. It is truly unbelievable what they accomplished and the stamp they put on the town.

The race series not only brought in tonnes of riders and money to the town, but also played a key role in preserving and expanding our trail system and providing an incredible nexus of activity where community was built and people came together. Each year there's hundreds upon hundreds of people out watching and cheering, and enjoying MTB as a true community event, even if they don't ride. People with signs, kids blowing bubbles, support teams in costumes, musicians in the woods. It's sooooooo much more than a race. For a day, almost everyone becomes a biker.

However, it puts heavy demands not only on the endlessly generous and gracious organizers, but also on the hundreds of volunteers, sponsors, and community (police, traffic etc). I don't think anyone in Squamish will express anything other than initial shock, and then overflowing gratitude for this race and the series.

Yes, TOM itself wasn't everyone's cup of tea, but it was probably the ultimate beginners epic race, and go back a decade or so it was once considered among the toughest races in Canada. Things have changed in racing for sure, and now lots of people expect steep tech switchbacks and black diamond singletrack, with timed Enduro. That's all good, racing changes, things evolve. New opportunities will arise in the space that has been left behind. Maybe DK will carry on the JABR, and AH will carry on the Orecrusher without the TOM brand. We can only hope.

But XC racing is not dead by a long stretch. It has room to be tweaked but there are still lots of people interested in such events. I think a lot of the Squamish XC crowd will now be eyeing up spandex races in other places. Look out BC, the Squamish plum smugglers are coming! In the meantime, there is an incredible opportunity to build a new XC racing institution in Squamish. The TOM series dominated the weekends of the summer for so long, it was really tough for other events to gain a foothold, and the XC crowd at some points became pretty burned out. THe creative juices are literally boiling over with the endless streams of new ideas that could be brought to bear on our incredible trail system.

Personally, I am grateful beyond articulation for what this series brought to town, and can't think of a bottle of scotch good enough for Cliff. I'm also super excited for what might come next. Just sad that my dreams of a sub-3 time have finally died. Good times.

weren't they still getting good turn outs? I can't say I ever wanted to participate more than the once I did, personally.

it was sold out again this year.