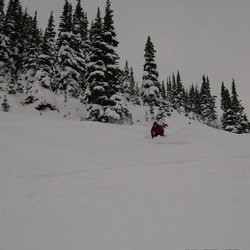 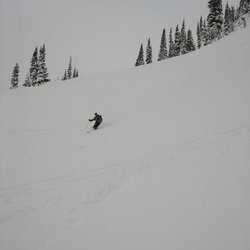 Time to revive this thread with Shirk and I's entry:

Fan on furnace is acting up (not staying on). Old furnace, needs maintenance, might be time for replacement.

Any recommendations for a reliable furnace repair company that is quick and honest? (we are in North Van)

Update (9:55 p.m.) Fire update: the Vancouver Fire Boat is now on scene. The boat that was in dock has been pulled safely away, and there were no injuries amongst the crew. Squamish Terminals crew are also all accounted for.

Stay indoors with doors and windows closed;
Turn off ventilation systems if possible;
If you must travel outside, cover your nose and mouth with a wet towel;
Do not try and go out to observe the fire.

Anyone exposed to the smoke who experiences difficulty breathing, particularly those with underlying lung problems such as asthma or emphysema, should seek medical attention immediately.

Will any of the local mountains offer up any sort of compensation for pass holders?

They have a "guarantee" of a minimum of 100 operating days. Each day they are under means 1% off on next year's purchase.

statement on Pumphouse's facebook: "We'll have something craft beer orientated to replace it but we try and stay away from promoting conglomerates"

Seems like BS to me considering they are clearly promoting Granville Island for all Canucks games yet GI is part of the Molson Coors conglomerate, not to mention the main image on Hop and Vine's website is a tap with Stella and Leffe, which are both ABInBev beers.

Hops growing season is approaching! Does anyone have a lead on rhizomes? Last year I just got lucky dropping into Dans to find my a Centennial root there.

ordering not open yet at left fields (nor is there 2015 info). based on last year, looks like mid-feb ordering with shipping in april.
http://leftfieldstore.crannogales.com/catalogue.php

Ummm … they can get up past the dam, so I assume it is technically feasible.

No, they don't get past the dam anymore…

"The main purpose of the Seymour Hatchery is to enhance fish stocks in the Seymour River that have been cut off from their traditional spawning grounds by the construction of the Seymour Falls Dam."
http://www.seymoursalmon.com/whatwedo.php

Conditions in the Seymour River and at the rockslide are stable.

Pooling of water behind the partial blockage has caused flooding of trails and forested areas next to the river. This has created potential risks to public safety and resulted in a number of trail closures. Hazard assessments are underway, although it is clear that the area around Twin Bridge presents significant danger to people using trails in the vicinity.

Trails unaffected by the flooding will be reopened when assessments are complete.

Public access to potentially hazardous areas remains closed (and all Metro Vancouver watersheds are currently closed as is the practice during periods of heavy rainfall). Hikers and visitors to the Lower Seymour Conservation Reserve are strongly urged to respect the closures as identified on extensive signage and by on-site staff.

The naturally occurring slide occurred at approximately 5:30 a.m. on Sunday morning, and comprised some 30 - 50,000 cubic metres of rock. Several very large boulders, including one the size of a house and estimated at 3,000 tonnes, along with other rocky debris partially blocked the river. Monitoring of river flows and the slide has determined that the partial blockage has stabilized and the channel has widened, allowing for additional flow to pass unimpeded.

- Flooding of trails and forested areas in the Twin Bridges area has created dangerous conditions for hikers. Trails are closed to all public access. Closed areas and trail access points are clearly signed, and major routes are staffed.
- The public is urged to respect the closures for their safety and the safety of watershed staff.
- Potential for flooding arising from the rock slide remains low.
- Heavy rainfall is increasing water levels in the Seymour River and in water courses throughout the region - the rockslide is not a factor in that increase.
- Monitoring of the rockslide and its impacts continues.
The drinking water supply remains unaffected.