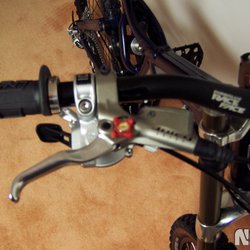 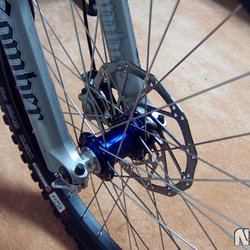 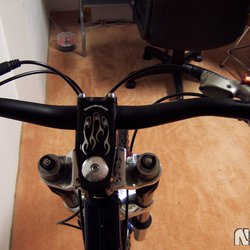 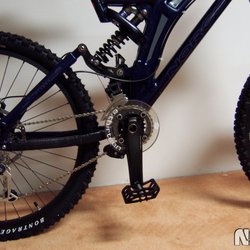 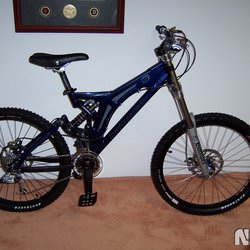 I didn't know about either of those places beforehand. I wasn't the trip organizer, they Googled Chilcotin mountain biking and that's the first place that came up. Seemed like a safe bet based on the website.

That's the place. I would wholeheartedly recommend them to anyone who wants to do a multi day horse trip into the mountains, or even just wants to try horse riding in the bush. But for biking, we would have been better off just camping at higher elevation and riding the alpine every day.

Spent four days at the Chilcotin Holidays Ranch last week (week before the Labour Day weekend). I was with two other adults and one teen, we didn't really know what to expect but arrived with dreams of endless singletrack.

Chilcotin Holidays is mainly focused on horse pack trips, they have a largeish ranch north of Gold Bridge on the Gun Creek Road and operate 25 wilderness camps around the area. Their website does have a section for mountain bikers, leading us to believe that bike trips were supported by the ranch.

The Ranch: Decent accomodations, the rooms were comfortable enough. No ensuites, just a couple of communal bathrooms. Staff stays in semi-permanent tents out back. There were only two other guests during our stay, who were there for horseback riding.

The staff: Phenomenal. Most of them are kids, late teens to early twenties. A lot of them aren't even getting paid, they went there to do guide certification and stayed on as volunteers to get more hands on experience. They have a high staff turnover because of that, but everyone we talked to working there was friendly and helpful.

The food: Camp quality. It was well prepared and tasty, but the three dinners we ate were all based on ground beef. "Lasagna" made with spiral pasta and beef baked in a pan, hamburgers, and meatloaf. Lunches were soup, breakfasts were actually my favorite as they had a lot of variety. Awesome french toast.

The biking support: almost non-existant. They have one guide who has done some riding in the past, so he is the designated biking guide when necessary. The ranch owner doesn't seem to put any priority on biking, so they have an assortment of extremely shoddy bikes for the guide to pick from. A newish looking CCM was the best looking one of the lot, and only because it didn't look like it had been ridden yet.

First Day: Our guide took us up a trail to a nearby bluff. Only a two hour round trip, including stopping for pictures at the top, but not bad. Nowhere near the Alpine, it was a bluff overlooking Carpenter Lake.

Second day: Our guide was deathly ill, either food poisoning or some 24 hour bug, so a horse guide was assigned to us for the day. We wanted to get up into the high alpine, and were hoping to get a lift up the mining road in a truck. No such luck. We hoofed it from the ranch (elevation 3000 feet) to the saddle in between two mountains, the entrance to a gorgeous high alpine valley (7000 feet). It was a five hour hike pushing our bikes all the way. When we got to the top, we could have dropped down into the valley for some riding but the temperature had plummeted and it was starting to snow on us, and none of us could stand the thought of having to push our way up another ridge to get out of the valley again. So we took some pics and rode back down the way we came.

Third day: we left the bikes parked and did some horseback riding, which was actually a lot more fun than I thought it would be. It was my first time on a horse.

Fourth day: did some target shooting and another short ride around the ranch area.

All things considered, we enjoyed our stay but would not recommend this ranch to anyone looking for a good biking experience. They don't have the staff or the gear to give bikers the experience they are looking for, and the owner doesn't really care. He can be kind of a condescending prick too.

Thumbs up to the staff (especially Matty, Ben and Linda), the horses (who are trained exceptionally well), and the view from the top of the alpine.

Thumbs down to the lack of resources available to bikers, the five hour push up the mountain, and the camp quality food.

Anyone know a shop in Vancouver / Surrey / Langley / Abbotsford / Chilliwack that has Maxxis Ignitors in stock? I need two, preferably the kevlar sidewalls. Every shop I've called says they can order them in for me, but it's too late for that as I leave for my trip Monday morning.

Failing that, can someone reccomend a good XC tire for loose-ish dry conditions, ie the Chilcotins?

Hey all, I'm heading up to Goldbridge in August and was wondering if the tires on my bike are suitable. They're Kenda Small Block Eights, which have fairly small knobs compared to DH or FR tires and are described by the manufacturer as inteded for hardpack dirt. Are they a good match for the terrain?

Is Garbanzo still on track to open this weekend? How are the conditions up top?

Cool new material for bike frames… if you have $7000 to drop on the frame alone, at least. I guess if you're rich and like bleeding edge techie stuff, it'd be worth the money.

I have been given an amazing gift, a free 4 day riding trip to the Chilcotins this August. We'll be staying at a ranch and riding lots of epic singletrack. While I would love to have a lightweight zippy trail bike to enjoy this opportunity, I'm too poor to buy a new ride. So I've got to try to figure out some budget friendly gear swaps to convert my old clunker of a bike.

I've got an 04 Norco Shore with a Super T fork. The wheels are nothing special but they do have heavy DH tires on them. I figure I can get the biggest bang for my buck by putting on a single crown air fork, some light weight rims, and lighter tires. I don't know if there's an air shock that would fit the frame's stock Vanilla RC, but if I could find one that's another couple pounds for the better.

So I'm looking for suggestions on the fork, rims, tires, and if anyone knows an air shock that fits, that'd be cool too. Preferably stuff that can be found used for reasonable prices.

Wow, lots of good feedback here, thanks to everyone who replied. I think the most important thing will be for him to try bikes out before making any decisions. Between John Henry, On Top, and Different Bikes he could probably get to most of those mentioned, but where could he demo a Knolly?

My nephew is, due to a bout of childhood cancer that he pulled through, eligible to receive a wish from the Make a Wish foundation. He's decided to ask for a top of the line freeride bike, and wants some advice on what to get. He's 14, tall and slim for his age, and wants a bike that can go anywhere. I suggested he look at the:

Am I missing any? Out of those, which would you rate the highest?