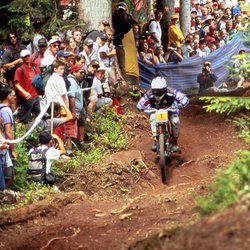 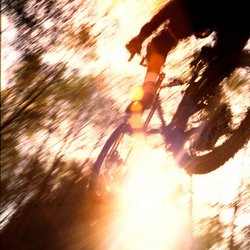 Made a mistake - posted it twice.

they dont have any resources to enforce diddly on backroads.

Exactly. I have a friend who works for this section of government who says the same thing. How can the rules be enforced when they don't have the resources? Isn't there an abundance of out of work park rangers right now? In some areas like the lower mainland it might work, but for the rest of the province maybe not.

Tell me this does not give you goose bumps. A 750cc, 2 stroke four cylinder:
http://www.youtube.com/watch?v=etv7R-uw2Qc[HTML_REMOVED]feature=player_embedded

Anyone know how well the DHR2 rolls/grips/brakes in loose conditions?

Umm… really good? ;) That's how it was designed.

Yea in loose (ie: Pemby) the Ardent is one of the worst tires you could run.

I think it might be worth the move to WA state just so I can run a dirt bike on the street.

A KDX, what am I insane? (don't answer that)

You can plate a 2 stroke mx bike in Washington state, sans blinkers.

Just imagine putting a plate on your off road bike and hitting up 'legal' trails.

To go even further, street legal Husabergs and GasGas' are not actually street legal in Canada because they say "Competition Use" on the badge. I was really looking at getting a GasGas 300 two stroke and plating it but its not going to happen. It has to say "MC" on the badge or it doesn't get a plate.

So it seems we are stuck paying $10k for a KTM or Husky, or being stuck with some pseudo off road Japanese DS bike.

I entered the smart phone market and bought a 4s.

iVote for Randy Savage for yours. Mine will be Michael J. iFox