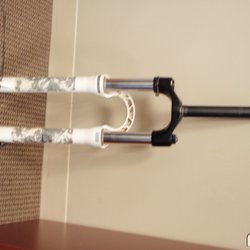 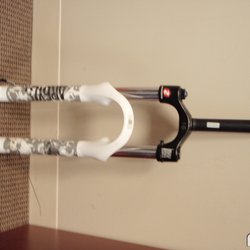 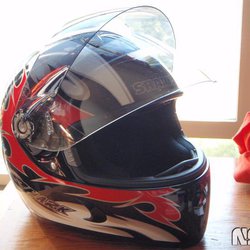 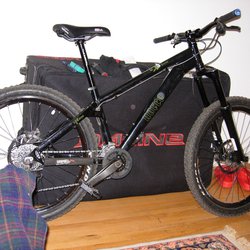 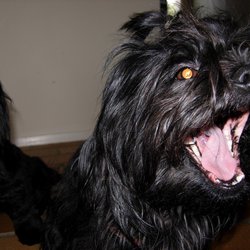 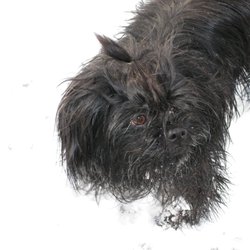 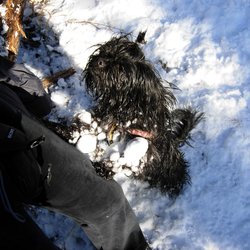 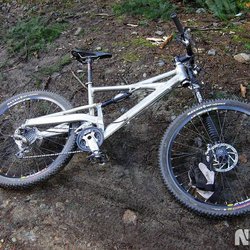 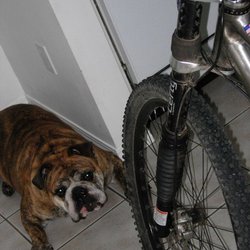 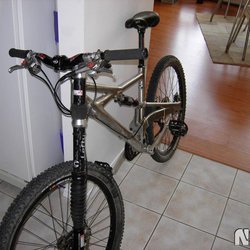 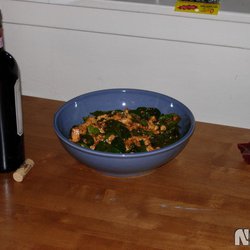 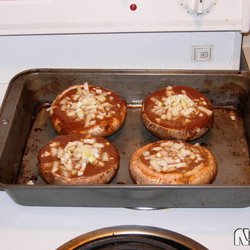 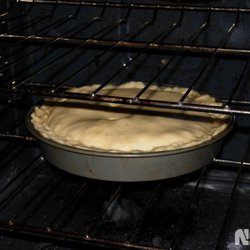 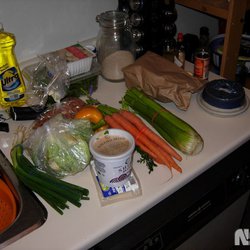 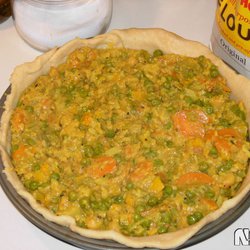 yeah, i guess it was dark…

This is my first post (and the first time I've read the NSMB.com forums) in several years, but hopefully I can contribute something.

It's surprising that in all the comments, nobody has made mention of the most notorious instance of herd mentality from the 20th century, that of Nazi coercion of ordinary people to do horrible things to other human beings. Granted, there could be nasty physical consequences if you didn't do what they wanted, but none the less, a pragmatic modern society somehow allowed persecution of citizenry to run rampant, with very little resistance.
Then take the Milgram experiments - on the basis of the fake experimenter's assumed authority, a lay-person can be persuaded to zap a (fake) victim with electric shocks. Not everyone goes to the peak voltage, but the fraction of ordinary common-sense people who do is significant.
Then take the the Standford Prison experiments - fake prisoners and fake guards go bananas on each other with little provokation other than a license to act.
I'm sure we can all think of instances in our lives, as Cam suggested, where we do things that aren't quite angelic in nature but we justify it in many ways. Hopefully these acts don't involve inflicting direct suffering on others, but clearly that's not so unlikely either.

So what? The point is that, if not all of us, then a huge (majority) fraction of our populace can, will and do behave badly, even brutally given the right conditions. An enormous mob of 100,000 and a handful of cops essentially turns the tables on authority and creates a new social norm of breaking windows (snitching on your neighbour to the SS), looting London Drugs (delivering electric shocks) and stealing mannequins (stripping a fake prisoner and leaving them shivering in a cold cell overnight). Am I (or is Cam) saying that this is a legit excuse and that makes it OK? Nope - clearly there is responsibility and will, in particular with the instigators and provocateurs; I'd also suggest that age and experience can cushion us from social pressures and firm up our internal convictions regarding right and wrong (hence the rioters were mostly young, dumb and full of PnV). But we have to acknowledge that ALL humans (yes, even me, even you) have enormous capacity for good and ill under good and ill circumstances. I share the opinion that a hockey riot is hardly a life and death situation that places such duress on individuals. However the sometime ephemeral nature of our moral compasses is very real, which accounts for why that theme is so prevalent our history, literature and philosophy.

Quote time:
"the line separating good and evil passes not through states, nor between classes, nor between political parties either, but right through every human heart, and through all human hearts. This line shifts. Inside us, it oscillates with the years. Even within hearts overwhelmed by evil, one small bridgehead of good is retained; and even in the best of all hearts, there remains a small corner of evil."

Points to who can name the author!

2) Of course, nobody really is ready for the consequences. however, there have been plenty of cyclists caught doping and they either 'fess up, or slink away with their tails between their legs. To lie vigorously to the sanctioning bodies, the press and your funding supporters for four years is pathetic and cowardly.

3) Now, to confess with the caveat that hey, everyone else is doing it, in particular those colleagues who are more decorated, celebrated and untarnished (lance and george) is akin to a childish tantrum - if I can't play with the toy, no one else can smash

Did Lance (or anyone else) dope? Like in "The Fugitive" when the cop corners the escapee, escapee says "I didn't do it", cop says "I don't care," that is not the issue here. Landis needs to address his own culpability, his own responsibility and his own mendacity. He should not look to the public for any support at this point, having made chumps out of us not once, but twice now. His reputation is garbage, his integrity non-existant and his appeal eroded.

yup, that was a pretty amazing experience.
I was totally against the olympics up until the torch relay came through town and I saw what it meant to people on the street.
sure there was elitism, a big public price-tag and limited ticket availability for some major events, etc.
but there was also a lot of effort in making this accessible, relevant and local for the everyman.
oh yeah and we kicked ass.

my highlights are:
VECTORAL ELEVATION - those lights, even if they weren't olympic related, were the best and most beautiful thing that ever happened to our winter night sky. screw symphony of fire, bring those back for four weeks every February and give us something to cheer our dreary evenings.

Transit - Translink gave us tons of busses, dedicated lanes and seamless connections and waddya know? we all took the bus and traffic was minimal. Give us a real transit system and people will use it.

Pedestrian ways - as mentioned above, blocking off a few streets downtown for foot-traffic really made people connect. This needs to happen for Vancouver to become a "world-class" city.

Overall, this event demonstrated that Vancouver is hungry for big events that will bring us together. We are only no-funcouver because we have been brainwashed into thinking that serious day-to-day activities are the way to fly. hopefully the long-term change we see is the acceptance that letting the hair down once in a while has a huge cultural value for the citizens and visitors to our city.

Good bye Olympics, we will think of you fondly…

I've used carboard boxes, padded and unpadded bags.
Cardboard is a bit of a pain to pack and cart around, but cheap, disposable and light weight.
Unpadded kinda freaked me out, but hey, my bikes are pretty burly and take the abuse well. The unpadded bag was a bit slender as well, which made packing tedious, but the airline check-ins where sometimes painless.
The big bag was a dakine monster, heavy and big and $$$, but relatively easy to pack and very re-assuring.
I have since sold the Dakine bag and now work on cardboard boxes only. This is primarily because of the non-use storage of said box is tedious, and when I go somewhere with my bike, I don't want to have a big black albatross around my neck. Much easier to ditch the cardboard, ride around whereever you want then dig up a new box for the trip home.

Thanks for the responses, I guess I was expecting too much out of the damping alone. I'll try the higher pre-load and see how the damping feels then. this ties in with option 5.
Max

170lbs
70psi
This has nothing to do with spring preload, boosting the preload is how I avoided diving with my old fork and what I don't want to do so long as fancy dampers are supposed to do the job.

I recently procured a Lyrik solo air for my big bike in the hopes that the mission control damping would help with the diving tendency of the older 66 it is replacing. As in, my understanding of the high-speed compression damping is that it kicks in and "firms" up the motion when you hit somethin' real hard-like, relieving you of the requirement to have a rock hard spring or sky-high air pressure. And that the low-speed would keep the brake dive minimal.
Ok, so I've had the fork for a few months and the compression damping doesn't seem to do SFA when you dial in one or both of the compression knobs from zero to hero. Yeah, there is a difference, but it is so slight as to be almost imperceptible to the typical human. And with both compressions to full "hard" and the air spring pump up to over the recommended range for my weight, I can still bottom it out going off a curb.
I had it serviced recently, complete oil change with a heavier weight oil and a clean bill of health from mechs I trust, and while the overall motion is gushier and more viscous in general, there just isn't the range of feeling in those adjustments. The shop dudes swear that's what they are supposed to feel like.
The rebound does what you expect, makes a big difference from open to close in the rebound speed.
So, my questions are:
1) Am I misunderstanding what these dials and knobs are supposed to do?
2) Am I expecting too much out of them?
3) Do these properties really come out only when thrashing down a gnarly hill at 60kph?
4) Did I blow a hole in $$$ for overhyped damping system?
4a) Should I chase down a warranty from my home LBS?
5) Are lyriks just like that, smoke a bowl and get over it?

NSMB weight weenies,
I've read a few times that the Truvativ Howitzer Team BB is lighter than the Howitzer XR, but the only listed weights that i've seen are identical (around 360g for a 68/73 by 50mm CL). anyone out there actually throw them on a scale for comparison? is it significant, or just marketing/consumer-hope?
tanks!
Max

Hello,
I recently found a Lyrik Soloair in my stocking and reduced the travel to 100mm to better suit my STP. Very nice fork, like a mini-66, although at reduced travel I have to run a higher pressure than is indicated on the fork leg (~100PSI instead of the recommended 55PSI for my weight).

BUUUUUUUUUUUUT when I was doing some research into the travel adjust, I found a website/forum (mighta been pinkbike) that indicated that the all-travel spacers were no longer recommended by Rockshox for the Lyrik. I didn't pay much mind at the time, but now looking at the RS website again, there is no more mention of using the travel spacers in the Lyrik or totem forks.

needless to say, I can't find that website again…

anyone know anything about this phenomenon? the RS website doesn't have any sort of customer service # to call, so I'm turning to you, wise NSMB boards. comments are appreciated.