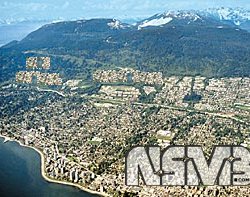 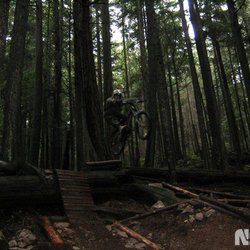 A prototype bike is spotted in the wild and a picture gets posted on NSMB. But a part or ebike that is lent to NSMB for testing before a launch isn’t?

Moral of the story lend NSMB the bike or part to keep their mouth shut?

I’d say the brand is closer to a Reliable supercharged WRX. Not a lifted f150

Where's the NSMB Jersey? It's all about the kit don't ya know ;)

But can that Fox 40 mud guard fit a North Shore Rack?

Get this thing out to BC CUPS!

Ok...they missed the Director of Good Times in that Video! Brett Tippie

I wear a flat brimmed hat, and it doesnt have a monster logo. Laugh at me if you want but I can pull it off. Trick is to stay away from youth brands

I really don't get the point of putting a tube into a tubeless system.

Check out the websites, they've got marketing/hype, with a tubeless system you still have bent rims and the possibilities of the tire burping.

I'm leaning towards the tire defender as I think you could still roll on it if there are issues. It also seems to give the rim a tighter fit. Just not sure if it make sense to run front as well. These aren't cheap.

Front And Rear or just rear?

Why wouldn't YT match his salary? I suspect given YT's business model that they can risk paying out for a premier rider, even more so than many typically large brands. Maybe he lowered his expectations a little but still ended up doubling his salary. This is all speculation of course.

Gwin's salary was really low but its still quite a bit higher than $300k from what I'm told. What he asked for went into 7 figures.

FWIW, riders generally make more money now than they did back in the Palmer era, with a few exceptions.

And for those who don't know, ktm motorsports and ktm bicycles are two very different companies. ktm bicycles licensed the name, that's all.

My Guess is this, KTM and YT joint venture. KTM has a large Bike lineup. Gwin would help grow the brand internationally.

The amount of KTM Gwin has posted lately screams KTM involvement, even if KTM Bikes and Mountain bikes remain diff companies. Perhaps Gwin will be used to help e-bike sales.

Maybe its just me but putting a 29" on the mighty pedestal is mighty close to saying your sister is smoking hot.

have you tried having a shop order them in?

It would be nice to see more coverage of the events. DH racing has a fun sub culture and some talented athletes. Spending a weekend rippin' up a bike park and having a few beers after the race is pure summer fun. Riding with the other old ladies is treat.

So true. I'm having a blast with the series. SE Racing/ Dunbar Series is well put together. I sense no attitude at the races and everybody is encouraging one an other. I'm frankly blown away. The Stereotypes aren't true. Lost of young stars racing with some old guys putting on a show! 40+ is competitive.

First year racing the series. I've had a blast, wondering why there isn't more attention given to the series? More participants?

WE are being played like sheep. We are just peasants until you me your friends, family, gf's, wives etc give a f. and pull our heads out of the grass and say something, keep the conversation going.

Opinion: Call this what it is: tax evasion http://www.vancouversun.com/touch/story.html?id=11141340

You are not serious, right?

yep. 6k bike and one spoke doesn't match. Maybe something most wouldn't beef about but I worked hard for my bike and appreciated it more then the guy working on it did. Small details but enough to not want to bring my bike in anymore