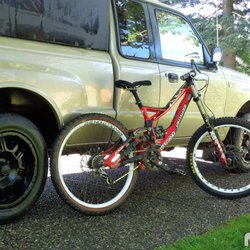 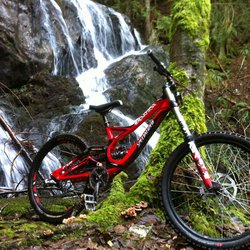 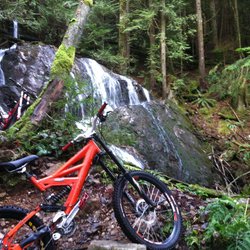 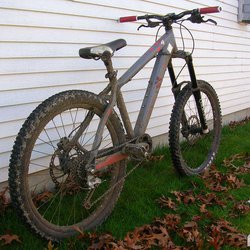 Title: Torrent For 2009
Posted by: SubPlop 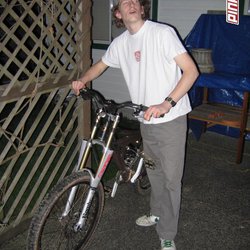 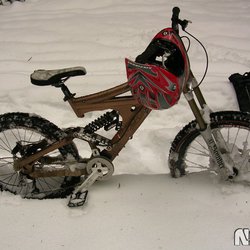 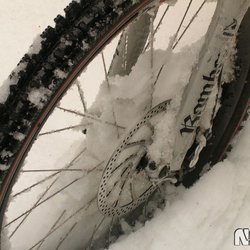 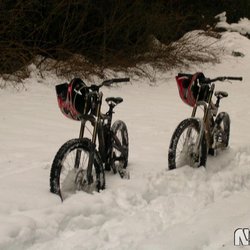 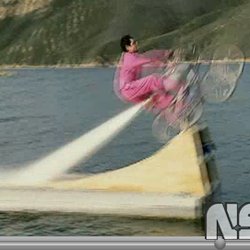 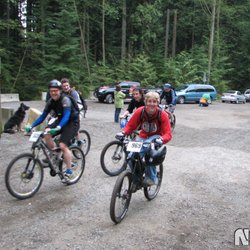 that tucked in shirt reminds me of my dad.. and he only rides sidewalk

Gully my new favorite actor. Guarantee you he is the furthest thing from that too, can't ride a bike though from the looks of that bail

Yeah that looks like a really Solid bike. And it's a Banshee, who do you know that's broken a Banshee?

I needs a new seat; This works out perfect. How can you not be motivated to support Digger? Stuff looks pimp too!

the guy accomplished something he didn't even set out to..

"" my goal isn’t to be a household name mountain bike rider. ""

Well, you flucked that up. I'd buy a rocky mountain, weird as it sounds, just cause of reading these interviews and seeing what type of rider Rocky Mountain supports. He's the Godfather, one of them I guess. Funny part when talking 'bout Roach, where would that Lady be without the shore? things that make you go hmm…

that's the only guitar i know how to play! looked like natural high??

There seems to be tons of trail days happening, all the time. Check the Forum.

I'd recommend coming out this day for sure with Digger being there and last time Willows as well, lots of knowledge being passed around and good vibe. And, of course free swag. Do it!

ha! don't give 'em any ideas

Stolen from Dads garage this past Friday morning.

Parents and sister and husband/kid were sleeping, heard the window smash, but bike was out the window, and scum was away with it before we could do anything. Insurance claim is made, but who give's a shite about that.

This was my baby, want her back.

If you see'er on the streets with some theif on it, or any sort of knowledge on where it is, let me know please.

In Beer I Trust. // did the last backwards…

1) Drinking and driving kills thousands of people every year. MADD.
2) Go ahead, have Gay sex, we won't Judge you, only God can judge, is that scary? Trick or treat.
3) I'd fight for Canada, I'd go to war for my faith as well.
4))Minors drink all the time, but let alcohol influence their decisions, that's a positive thing for sure.
5)Christians don't knock on doors. Jehovah Witness knock on doors and they don't believe in Jesus, at all.
6)Some people die for their faith, would you die for a beer?
7)Jesus second coming will be worth the wait, I can have a drink for that.
8 )Religion is a lie? Following the bible is far from a lie, yet people with faith will do wrong. We're all sinners.
9)A beer in your hands is proof. God won't put that beer in your hands, I have FAITH in that, but hard evidence is so much easier to believe.
10)If I devote my whole life to faith, there are groups that will encourage me to stop.

Many Christians believe that atheists lack a moral compass because they think theirs comes from the fact God is watching their every move in a life long test to achieve salvation.

So far we have never elected an atheist premiere or prime minister other than Gilles Duceppe. There is a reason.

What I've come to realize, is that morals, good and bad, can be defined by anyone, with or without religion. Even Synchro has the signature something along the lines of " everything you do in life has consequence" and that's coming from Mark. Consequence for some, is Karma. That's a pretty familiar term in biking, help someone on the trail, that's bike karma and the good side of that will be returned to you. What I'm getting at with this, is I hope most Christians don't feel a need to view atheists as lacking morals, just because they aren't of faith. A lot of morals are taught at a young age through parents, and school hopefully. Which is why Private schools need to do their part, which is funny because this thread originally was started by a Private school problem, and when I put my kids, or maybe never, through school, I'll be at the meetings, get my 2cents in.

Sometimes I wonder 'bout the faith in the ones who we elect, is that just an image they put on to get more votes? Maybe their decisions aren't always strictly the individuals decision (Harper), but their party their with. That's government for you though, easy to judge, yet we can't change a thing

Looking forward to sending my fork in as well. Have only heard top notch reviews from anyone sending their stuff in to them

My wife's parents are Christians, I'm not, nor is their daughter. But I can say with certainty that they don't believe that her or I do not have a purpose.

don't want to pipe in on what everyone is saying here, but that's well said and can be said for anyone and everyone

Really? Is it that big of an assumption considering Christianity is pretty clear that faith is 100% required. No faith, no salvation, no heaven, no purpose. He wrote his post in such a way to leave the door open that atheists could also have a purpose, but I can't see how anyone can truly be Christian and believe this. It runs counter to the basic tenants of the religion.

When Jesus died on the cross, he was next to a sinner, who had no faith his whole life. The man reached to Jesus before he died, and Jesus said he would be accepted into heaven. Meaning of that, I think even without claiming yourself as a christian, or going to church, if you do live a good life and respect others as you would want to be treated and so forth, there's a place for you in heaven. Just recently our church, Christian reformed, put baptism on the back back burner a little bit, meaning, even if your not baptized, God can still figure out what your doing with your life. Hope that made sense.

It's not so Black and White as past generations have made it out to be. God's in the details, and a biking community minus a lot grumpy people is a great community which Im happy to be a part of.

reading this thread makes me really glad I have nothing to do with religion anymore. Thanks for reinforcing my decision Sub…the bible was written to control people…'guided by the holy spirit'? yeah, totally.

That's true, there is some control. Feel free to run around doing whatever the "hell" you please

And if you really do believe that women have their place in society because the bibles tells you so, then the Westboro comparison is not so unfair after all.

It's funny you say that, because the old testament was a little harsher on women's role in the church. For what reason? Well, the bible was written by individuals, guided by the holy spirit, yet, possibly twisted a little by, who knows, don't know that.

Fast forward to the present, we got women in high positions in our church, guest woman preachers, complete equals. Even sounds weird saying that.

So you didn't know about this, however you expect me to believe you know the "meaning of life"? Thanks, but I think I will look for a more credible source for my "enlightenment". Like a fortune cookie, probably both have the same chance of being right.

No man, not knowing the actual numbers on how many young boys have had their childhood and possibly whole lives messed up, does not equal into not having a purpose from now to my death, which for me is a meaning to living this life.

I could go for some Chinese food though, want to grab some ?