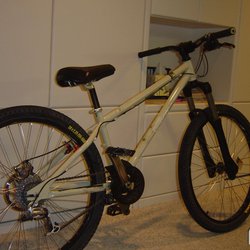 Title: my 604 street
Posted by: kthomas 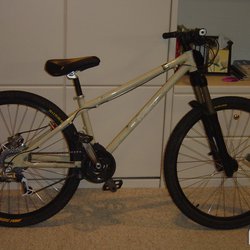 Title: my 604 street
Posted by: kthomas

Oh look … about 25% of Canada's 100 highest paid executives are in the Oil/Energy industry.

If they're so fucking hard done by, maybe they could take a pay cut. You know, to some shitty survival income like maybe $2 mill/year.

You strike me as a man with a lot of issues…

a quick google shows that while their profits are down from this time last year, exxon's first quarter profit in 2015 was still nearly 5 billion dollars……ohhhh the poor fucking oil companies! won't someone think of them??!!

They are one of the largest publicly traded companies in the U.S., of course they are going to have big profits. They wouldn't be that big if they didn't put up numbers like that.

That same quarter Apple made $13.6 billion in profits.

And I don't think anyone is saying "ohhhh the poor fucking oil companies! won't someone think of them??!!".

If your company, regardless of the area of business, can't weather a 2% increase in costs, then you have a shitty business plan.

If a company you are proposing to start can't weather a 2% increase in costs, then you have a shitty business plan.

Those companies that find themselves in that condition are not businesses, they are gambling and are being subsidized by taxes on the general public to gamble.

If your family budget can't survive a 2% increase in costs, then you are an idiot.

As for uncertainty: its funny that uncertainty at the high times is called progress as companies take record profits on volatility, but in low times its the devil.

Labour is cheap right now and goods should be relatively cheaper as transportation costs decrease due to lower fuel costs. It is a great time for companies and governments to diversify and invest. Buy low, sell high.

Pull yourself up by your bootstraps chicken little. It is a time of opportunity.

You completely missed the point. Its not that 2% is life or death for a company, its about making sound business decisions. If you invest, you would know that 2% can be a huge amount of money over a number of years. That's why I buy ETF's and index funds over mutual funds, to save 2+% on the bloated management fees that we pay for mutual funds in Canada. 2% can make a big difference, especially over a long period of time.

If that gives you heartburn, I don't suggest looking at how much apple profits off of each on of their devices you buy, you might just have a heart attack.

The sky isn't falling in Alberta, but in a time of instability such as this, oil companies need to do what makes the most business sense. Companies aren't successful by making poor business decisions, as you all know. Right now its all speculation on what's going to happen with the NDP in power, and unfortunately speculation can be worse than reality. I for one am going to see what actually happens before I say anything further.

Does this mean that K2 has lost it's place as the world's deadliest mountain?

If you're interested in mountain climbing, a great book to read is "Annapurna". It's written by the expedition leader Maurice Herzog, great book.

Here's a short, well written article on the subject:

Trinidad and no, not yet. On a tender, trying to slide into deepwater.

How do you like working on those tender rigs? I'm going on the opposite way you are, currently on a 5th generation drillship in the GoM, but starting in September I'll be on a tender rig offshore Thailand.

Sent from my Nexus 10 using Tapatalk 2

Fair enough. I am on day 18 of my 30 day hitch in the middle of the ocean. Still better than ft.mac. I really did not like my time spent working there. But alot of people do it and enjoy it. And I agree, you can not deny the opportunities available in the "crapholes".

Where are you working? Overseas?

Doesn't really surprise me, but really goes to show how unhealthy the U.S. is currently.

Vancouver is getting stomped right now…