And I really think it's just a matter of time before a hiker/jogger gets absolutely creamed on this trail. For a multi-use up/down trail it is very fast, and the lines of sight around most of the corners are quite poor.

When I first put the new stuff on the pads rubbed horribily, you couldn't even spin the wheel at all. I did the screwdrvier thing and pushed the pistons back, helped a bit but stuff rubbed alot. I didn't know what else to do, so I just had her ride anyways, told her it would go away with time.

Anyways after about 5 rides it was still rubbing but not as bad. She just kept on riding it and I'm pleased to say that it barely rubs anymore. However it took about 12 rides for the rubbing to go away, not sure if you can deal with dragging brakes for that long.

All these rides were at Burnaby, I'm sure if you go to Whistler you could fully break them in in less than a day. 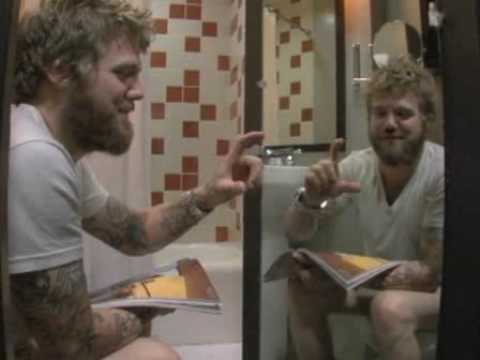 Rode GJ on the weekend, have to agree with WH, I hope the rest of trail isn't going to end up looking like the top 50' is already (ie paved over)…..

To be honest I'm not too sure why this work is being done, I always really liked the top half of that trail as it was.

Awesome! I will definitely be there

Edit: Do I need to bring a shovel or will tools be provided?

yet ANOTHER buying a car thread. Carfax/Carproof questions

I think that even more important than running a carfax/proof, is to get the car checked out by a certified mechanic. The typical shop will charge about $70-100 for a pre-purchase inpsection, and for this they will be able to tell you everything that is wrong or could go wrong with the car, and give you an estimate of how much it will be to fix. Also don't be afraid to talk the mechanic, tell him how much you're paying and ask him if it's a good deal. They see alot of cars so they'll know what to look for in a particular model and can give you some good advice.

I've always got an inspection done before buying used cars, and the one time I didn't, I ended up buying a vehicle that looked good to my untrained eye, BUT it ended up needing over $3k in repairs…… Lesson learned.

Also, a good mechanic should be able to tell if the car has been in any accidents or had any major repairs just by looking at it, negating the need for a carfax.

Once you get the car checked out, the only good a carfax/proof will do is confirm what you already know. Although if you're spending 7-12K on a car, whats an extra $65 for peace of mind?

I rode Expresso once last year, haven't rode it since. Top part was OK, bottom part not so enjoyable as I had trouble even figuring out where the trail was supposed to go.

Nothing wrong with keeping the trail old school, but it does require a certain level of maintenance to keep it safe and to minimize erosion.

How about an Expresso trai-day?

Jordie at DB burnaby branch, always pleasure to deal with.

NSMB in Globe and Mail

Then try an easier trail like Neds Atomic Dustbin on Mount Seymour, or Pipeline on Fromme Mountain

I can just picture some tourist from Toronto getting ass-raped on Pipeline, thinking its "easy". Great place to start lol.

Looks amazing. Love that viaduct in photo #6. Was this a riding trip or a sightseeing trip with some riding thrown in? All in France?

I rode lower north road on the weekend - someone has been filling in a few low spots with a mixture of bark and rotting wood, felt like i was riding over a sponge. Need to go and fix that up….

Building a Park over a Dump

I think turning a former dump into a park is actually a pretty good idea. Not much else you can do with the land, would you want to purchase a house if you knew it was built on-top of a former dump?

Housing over a former dump site is obviously a no-go for health reasons, but getting any structural engineer to sign off on any type of building constructed over a former dump would be difficult as organic material tends to settle and compress as it decomposes. Eventually as the ground sinks the floor slab will crack, walls will lean, and finally the building will collapse.

That said, buildings can be built on former dumps, it happens all the time. An example is the Home Depot on United Blvd in Coquitlam. I think the primary settlement usually occurs over about 20-30 yrs, after that time period the ground is much more stable.

As far as the methane, buildings can be built with methane collection systems under the slab, its basically the exact same as drain-tile, usually connects to a riser pipe somewhere in the middle of the building where it is vented up to the roof.