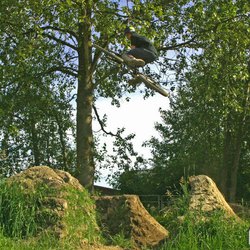 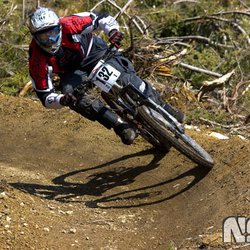 seatlle is good i think its exit 27 its a fire road climb then a pretty rad descent on the little bikes. then i would also recommend sandy ridge near mt hood in oregon. awesome riding spot and also the site of one of the oregon enduro races.

here is a video I made with some footage I had leftover on my computer. Footage includes some whistler helmet cam (a bit shaky) as well as some footage of samurai pizza cat and then finishing with some big bike dirt jump footage.

104 (dreadlocks) and 282 (black remedy with green stickers). thanks

go talk to the guys at dunbar cycles, they will get you going and probably find someone to show you around. its super close at 26th and Dunbar.

ya my totem has been pretty good to me so far. i had to send it in for warranty/service one time this summer. i had to send it in because the fork began to top out quite severely and the rebound adjust did nothing. other than that i have just serviced it around once a week when im riding hard. my friend has a 2007 boxxer team and he has had the same problems as me and has also had to send it in. rock shox should include some fork oil or atleast red rum with the forks so people realize they require more frequent maintenance than other forks such as marzocchi 66.

also devinci makes the Hecktik line. this line is more of the light weight all mountain rig where the frantik is more the heavy duty freeride/short travel dh bike. the hecktik is slightly lower and smaller rear end hub spacing.

yah i have a frantik 2 set up with a totem in the front and other parts to bring it in at around 38 pounds. the bike is absolutely amazing at whistler. to me it feels like a mini downhill bike. i have done everything on this bike from dj to slopestyle to racing downhill and it feels good on all of them. the bike is also treating me very well on the shore especially at higher speeds. i do notice the long wheel base in the tights but even then the low bb allows me to still hit the corner or section. good review though

ya whats going on with those results they are completely different than what they said after the race.