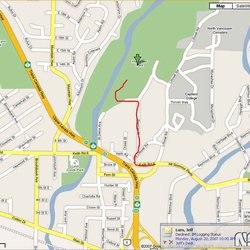 Anyone know what category whitewater would that be considered?

The Oskar Schindler of foul.

We don't need electoral reform, we need to abolish the party system and reduce power of the PMO. If MPs ran as an independent (no mention of party on the ballot) then people would be forced to vote for the representative in their constituency and that person would represent them in parliment. Right now we send someone to Ottawa who is then imasculated by the party and ordered to vote in lock step with the PMO (in case they are in power).

Then the independent MPs could nominate a PM and that person would represent Canada for foreign affairs only. I the person fucks up they could be replaced if a majority agree.

The destructive forces of the party system are on full display in the US right now.

She needed to find a way to help her developer friends out. There are a ton of empty lots sitting idle in North Van right now. The developers bought at the height of the real estate hysteria and now that prices have softened they are on the hook unless prices rebound.

What do anti-hunters do?

If the impact without a helmet doesn't get you then the gunshot from the lingering effects will.

I would be dead or in a vegetative state if I didn't ride with a helmet. I've had concussions from crashes even with my helmet on.