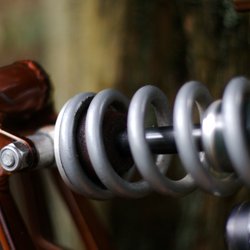 Title: Oil From The 5th...
Posted by: mark@nsmb.com 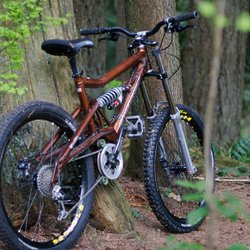 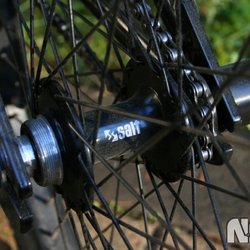 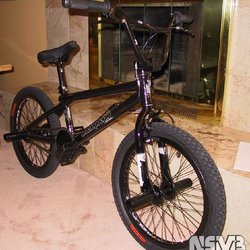 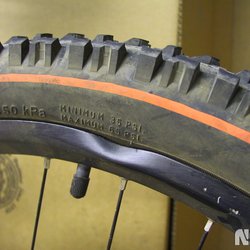 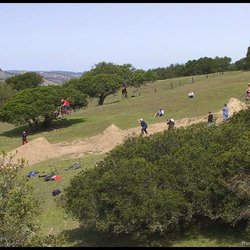 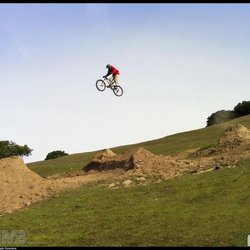 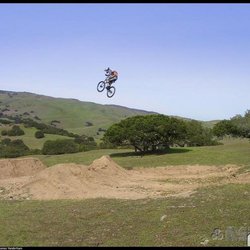 Sweet. I'm running the same combo and love it.

You're thinking of Thomas. He cased it on his first (or was it second?) attempt.

> is he taking off from the first or the second takeoff if its the first, Im going to be so stunned…….

Neil was shooting video. I have no idea if it made it into a SuperHeros vid or not. Capturing the scale of the thing on video was difficult. Standing on the top of the takeoff lip, the landing seemed to be in another state.. But on video it looked like your average 30 footer. You have to see my photo of Gareth on this set to really get an idea of the size.

There was some question of who "owned" the shoot, which is why we (at NSMB) couldn't publish the photos back when it happened…

This is actually Wade's second jump. On the first he got the nose up bad, almost dead sailoring, and everyone gasped in mid-air thinking he was doomed. I even heard Kyle Strait's Dad gasp "oh no..". But on descent he somehow did the impossible and willed the front end down and brought it in for smooth landing. Sterling has an awesome, awesome shot from underneath that captures the intensity on Wade's face as he wrestles the front end down. Incredible.

As I mentioned in the shot with Thomas, Dave Watson actually hit this bad boy up first. One of most unreal things I've ever witnessed.

Indeed. Gareth didn't do the big one, either. And none of the guys who did the 70'er bothered with the smaller "warm up" jump.

No idea. Everyone just sized it up and mellowed out for like 2 hours. Lots of run ins but no attempts. Then Dave Watson showed up, said "fuck this. too much talk." went up to the top, did one run in, and then launched it perfect. I don't think anyone even got it on camera! I just watched him sail through the air with my jaw dropped. Then realized, oh, shit, I should have shot that! :)

Nice shot! Thanks for the shot specs too. I have lens envy. :)

hey mark, Maybe I can swing by and look at it in the next day or two? I'm looking for something newer….but ya never know.

PM me - I'm out of town this week but around all weekend. You can take it for a spin at Ioco if you want. It's really a pretty good machine, still. A little work and she'd be running tip-top and as good as new.

My bike is up for sale - offering here first. 2007 Sherco 290. Needs a new headset probably, otherwise running great. Purchased from Mr. Norona a couple years ago. Haven't had time to ride it at all this year, so rather than have it sit in the garage another year someone should pick it up and get out there!

Hopefully when I get more time in a year or two I'll be back!

I'll be back on the bike soon (suffered the same fate as Ando..) after a fall/winter of too much work and not enough play. Need to see Bob about getting bearings and headsets and basically re-do whatever pivots on my 07 because she's a squirmy squeaky mess. Need to deal with brake levers too. Might need help from the pit crew on the rebuild!

(I also admit that thoughts of selling and letting someone else do the work while I prance around on a shiny new bike have entered my head… god damn everyone warned me about this!)

Wow can not believe the distance he covers with those splatters…..

I'm camping on the sunshine coast with the kids this weekend, but def game for next if the weather cooperates.

I think I am just going to throw down, and evolve my system to this;

I am thinking of having 2-3.5l bladders. I should be able to carry those on the outside of my pack, secured with carabiners on overnight trips. They should also fit nicely inside my pack for day trips and also be easier to pack stuff around than a 5l jerry can.

If anyone wanted to do a group order of these things, I'd be down for that. Seems like it would be a good solution.

Still planning for next weekend? I'd be able to go up on the Friday, back Sunday night. Need to travel for work on Monday.

Looks amazing up there, Dave. Wow.

Anyone riding this weekend?

Ditto on the tuning range comment. Gotta keep everything perfectly aligned or it gets catchy. Still, most impressive drivetrain I've ever ridden.