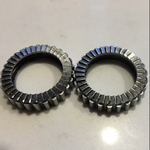 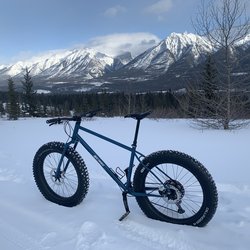 I also like the wholistic approach for comparing bikes with similar intentions. Although…head angle and seat angle are tough to measure properly. Chainstays, fork length and headtube (along with wheelbase) are easy to measure / harder to fake. Calculating reach from horizontal front center is one way to see how believable the posted numbers actually are. I’ve also found that correcting reach to a set headtube length is useful.

FC/RC ratio is something that I think should be used more often in reviews. Playing with adjustable stays on my bike  is huge for balance and fatigue.

I agree with the above ^^^, but my comment was about the fact geo chart Reach is defined by the Stack of the frame [ie. top of HT]. So you can say I like Reach 465mm, but that's meaningless without stating what Stack goes with that. Two bikes with the same Reach and significantly different Stack values can be a whole frame size apart. Hence people getting fixated on Reach alone is silly.

I agree with this 100%. Reach and stack drive me up the wall. Not only are they meaningless alone, they are non-trivial to measure so who knows what we’re actually being sold.

The Knolly reviews on Pinkbike recently were a good case study of this problem. The short stacks/headtubes seemed to boggle the reviewers.

I did like how Mike Ferrentino used wheelbase to compare different bikes in his Element review.

True.  Reality is with the Wideangle  can run plus size in winter and so far all I really need. And can use the plus size wheels during the rest of the year if I want to which have done. So while I do at times think of a Chromag arcturian or fatbike it really isn't high on the list of bikes. Can do lots with the two I have.  Though might be looking at tinkering with wheels for the two Chromags I have later this year once am healed and more mobile.

D’oh! Practicality winning out is always disappointing! I had thoughts of a Waltly or Merino as well but figured I’d have to buy two to get it right.

The RSD Sergeant (with an angleset) is an interesting production plus option - if you’re good with 455mm as a max chainstay length. With a Merino you could really go venti to differentiate it from your Chromags.

But... I mean, if it's not in Walt's signature Cosmic Lilac is it really a Waltworks?! HAHAHA. Did you see Walt painted his person FS bike? Totally made my week when I saw it.

This is awesome! I tell you what - on the next set of revisions for our Waltworks’ I’ll go Lilac and you get his signature 170mm headtube installed!

I was a big fan of the Nice Dreams back in the day - pity they never made an XL. The 2014 geometry looks better than many a 2022 model!

If I was going to guess I’d say most product managers don’t actually ride fat bikes and the ones that do are the in places where you can get away with anything for geo (see my repeated nudging of Trek for a modern Stache).

Where this is (attempting at) murdering Plus tires would can’t ride 2.5” rubber the same places as 5” rubber so fat bikes sort of persist.

I’d make an exception for the Blizzard line from Rocky though. That would be my starting point for a stock fatty.

Where did you end up with your rig? Who did you get to build it? Pictures?!

In my experience there is so much traction volatility when fatbiking on snow and ice your speed needs to be capped. This does let a 69* HA work in some cases. As for 450mm reaches on XLs, I don’t know what to say…I suppose it’s a good way to move some 100mm stems.

I laughed when the Scott Big Jon started showing up as a 2021 model year in some shops. I’m pretty sure it was identical to the 2017 (latest model on the Scott website) except with an NX Eagle drivetrain. I hope the tires didn’t dry out in storage!

Good point about the Blizzard. Rocky is often “liberal” with their geometry tables, but it does look like they made something decent there.

My bike’s a Waltworks…I guess I don’t retain credit for posting about it on Disqus, do I? 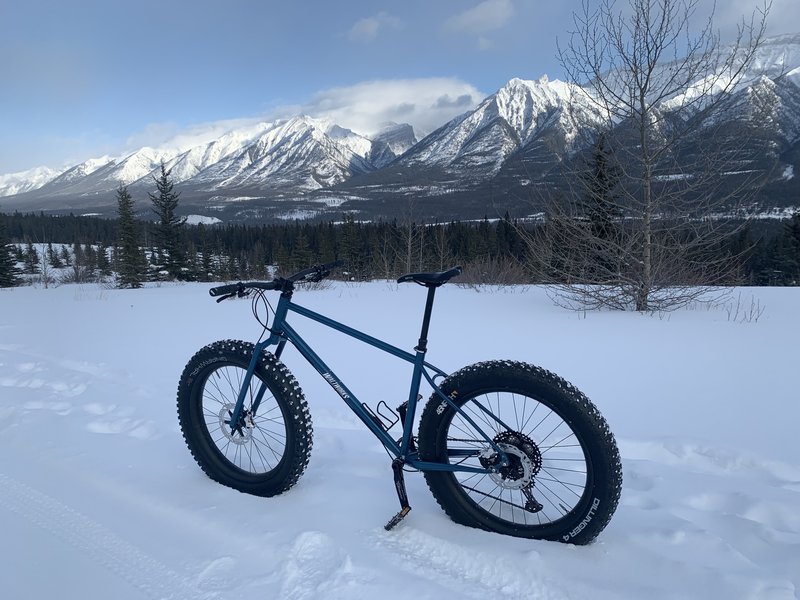 I’m not sure why fatbike geometry never really evolved along with the rest of production hardtails. It’s as if all the product managers took the “geometry is free” idea and turned it into a bizarre money saving exercise. Or maybe they’re trying to see who can sell frames from the same batch for the most consecutive years?

I ended up going custom and started with a rigid/hardtail design that I wanted to ride, then made the accommodations for the fat tires. It’s arguably more aggressive than Reg’s Kruch, but I went with superboost/83mm spacing and a max 100mm rear tire.