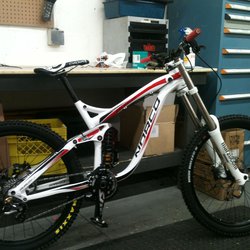 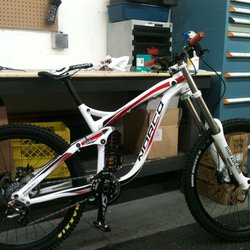 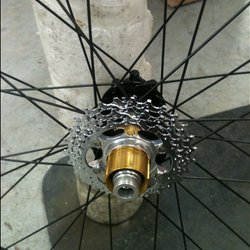 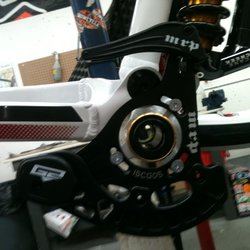 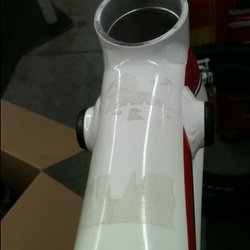 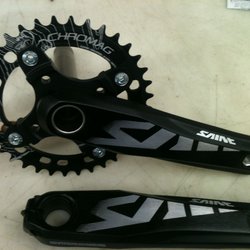 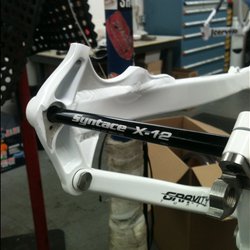 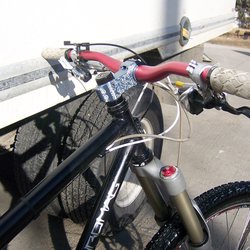 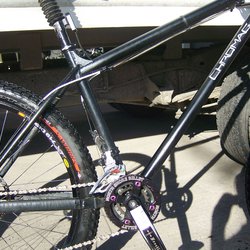 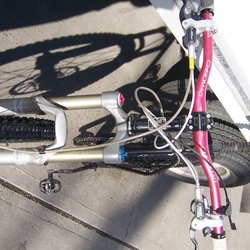 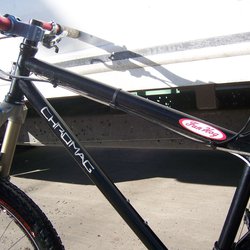 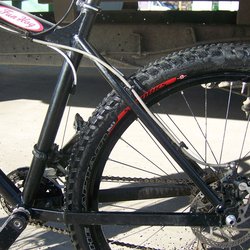 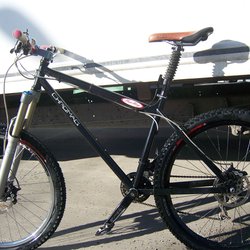 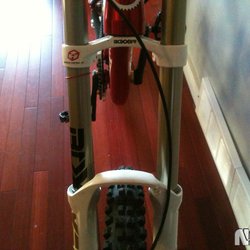 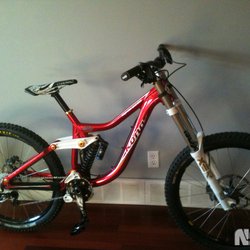 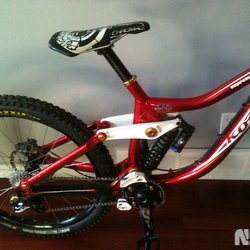 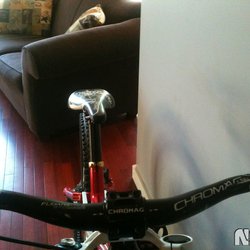 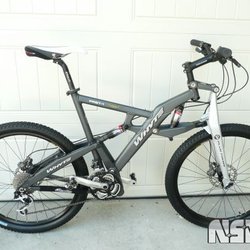 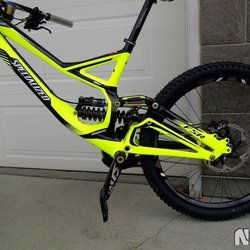 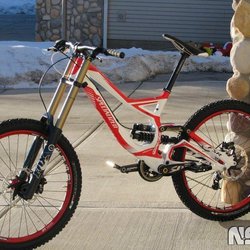 Well, ordering a bike and having it arrive in June or July is most people's definition of super delayed. Mine too. I get antsy having to with for shipping to the store! I guess it's not as bad as some time in 2022 for the Slash 8s...

I don't know why they launched with the gucci shocks first. It must be limiting their appeal.

The price with the Fox seems very reasonable. Perhaps it's just a supply chain thing.

I tired to give this more than one upvote but could not.

I tired to give this more than one upvote but could not.

NSB 20mm hub that I had to take a grinder to to fit a Fox 36. Living in Calgary in my first ever 'real' winter, I'd grind till the lock ring got too hot to hold, then throw it in the snow to cool off.

Let's of reasons that hub will be handed down to my first born.

Should play side to side with his NSX work.

I smash (ish) trails without inserts. And used to go through a rim and a half a year. After rebuilding my latest rear wheel, I was wincing every time I was ripping through some chunder. That wincing has disappeared now I have some wheels that get refreshed for free if I do something stupid.

I don't want my wheels to be heavier - inserts - just so I can run the tire pressure I want without worrying about blammo-ing my rim into a rock. I've tried riding more sensibly and that didn't work either. Maybe I'll try the new Tannus inserts as they don't seem too hefty, and they're on the shelf locally, but that is low down on the list now that I don't have to worry about dents.

LOL, just got excited to order a new bike. it won't ship until April, but I was OK with that.

It’s not analogous to a car tire. Way back when Bridgestone tires were falling apart on Fords, it was Ford that dealt with the replacement. You follow the supply chain. If a person bought a bike from a shop, the shop has to deal with it. The shop can go after the manufacturer and the manufacturer goes after their supplier of parts. Sale of Goods act. Look at it this way, if the chainring failure cause a serious injury, any lawsuit would include the shop, the bicycle manufacturer and the parts manufacturer as they would all have some culpability.

I think Tony's point is that the tire failing causing you to go into a wall doesn't mean that the damage from the wall is warranty damage. Warranty policies are written specifically to exclude this kind of liability.

Like I said, it'll suck for the shop, but they should be doing better. In store credit, labour credit, discount off next new bike, leverage relation ship with brand for a solution. There are creative ways that are less destructive to margin to find a solution that keeps the customer happy.

These days, the destruction to a brand image that can be done with honest instagram accounts of issues is immense. Even without hyperbole.

Anyone old enough to remember the "Caps wouldn't lend me a chainbreaker" thread"? I knew customers who would bring it up 5 years after the fact.

The shop is 100% right. The warranty (against defects in manufacturing) from the manufacturer of the bike does not cover damage caused by Shimano components failing - Shimano's warranty covers that defective component and is limited to just the component, not subsequent damage to you or the bike). The frame is not defective - it's damaged.

Regardless, the shop should be doing what they need to do to make you happy. It'll suck for the shop, and be a solid hit to their margins/profit, but it's the right thing to do.

Was too good to be true.

The upper cup doesn't fit in my head tube. Several mm too large in diameter.

I guess it might fit in the aluminum version of the frame. Kinda makes me wonder if it fits any carbon santa Cruz frames...

If it's the right cup, it should fit - diameter makes me think they sent you the wrong cup.

The less rear travel you have, the less steep your static (unsagged) seat angle needs to be. As rear suspension sags and bobs under pedalling, the seat angle becomes slacker.

My Chromag Rootdown has a 76 degree seat angle and I actually find the need to slide the seat back on its rails to not feel uncomfortably perched forward on all but the steepest climbs. In contrast, a 76+ degree seat angle on an enduro bike feels pretty normal since it might sag to something like 73 degrees under weight and pedalling.

This. Dynamic geo makes more of a difference than just looking at static geo numbers.

Do the math and you see that static geo comparisons can be completely meaningless. Especially from Pinkbike.

XC bikes are designed to be raced/ridden from the saddle, Vs Enduro bikes which are designed to be raced/ridden from a standing position. The weighting of the bike is completely different in those two different use/design cases. Until there's a round of the XCWC where you can make up 2 minutes a lap (over a top ten rider) on the descent, that's how XC bikes will stay.

Now DC/BCXC/marathon bikes might get more interesting - those are bikes/races that CAN make a 2 minute gap on a descent. I imagine at the end of a long day in the Cape Epic for example.

Where the threads are is pretty deep inside the head tube area. Not a part of my bike that gets dirty.

Yup, and not an area you'd have to worry about washing good grease out of.

Drop in (IS) bearings are one of my most disliked things about bikes currently.

I'm in awe of your 50x17. That would be a grind up many of the hills in my area. I thought it must have been a typo. Good on you.

King cage stainless steel ended up being my choice. Their ti cages have been amazing for me and I like the simple styling.

Edit - i see you decided already. Good luck and have fun!

Super easy. Remember to drill on a angle. Measure three of four times and drill once.

A grommet is a nice touch, but I never bothered on any of the three frames i did it to.

I'm with TD too and echo the 6k limit as that's what I recall from my policy. Never had to claim.

Orangesportsupply is the distro for Sapim, and they are local to NV. Any bike shop should be able to get you sorted next day if they want your business.