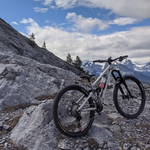 I've hit ISCG bashguards hard enough to reach failure, but it has always been on the mounting plate itself, never the frame tabs. Then again, I tend to gravitate towards heavier, sturdier, more purpose-built frames. Are frame makers going the 'mostly decorative' route with their ISCG tabs?

I appreciate the review. I've been looking at this Wolf Tooth option for my hardtail, which has no other means by which to attach a bash guard.

This is absolutely the dream!

My fall/winter project has been putting together an all-season steel hardtail that is fully parts-compatible with my regular trail bike. This was an itch that came up every September, but this seems to be the year that it finally gets scratched.

Coincidentally, it was the teaser shots of this ESD that got me excited again about the prospect. That said, I ultimately ended up ordering a 2020 Chromag Rootdown for a couple of reasons:

In the end, the Rootdown has quite similar geometry to my trail bike and I think it's going to be a stupid amount of fun out here.

Thanks for the review, Andrew.

I'm in the process of putting together an all-season hardtail and I picked up a set of these brakes for ~200 CAD from an online retailer. Not to be 'that guy', but I couldn't even get them locally. Still, that's a full set of brakes for about $150 less than I paid for a single Saint. That's an absolutely incredible value.

I'm excited to finally test them out. And their pad-compatibility with the M820 brakes on my trail bike means I only have to keep one type of spare brake pad on hand. Time to buy shares in D02S pads.

I've enjoyed reading this thread over the past several months as I ventured along my own hardtail journey. Thanks a bunch for all of the opinions and information.

Some background: We get an absolute ton of snow for 6 or 7 months of the year in this part of the Rocky Mountains. As such, fat bikes are the tool of choice in the winter months and their popularity only seems to grow. I have the spent the previous few years on a fat bike, beginning on more heavily trafficked trails and eventually gravitating towards more of the longer, back-country adventures I'd typically find myself on in the summer months. I found the novelty of the fat bike and the limited type of 'riding' it affords a person got stale fairly quickly. As I was spending more time pushing/carrying a bike to the top of something steep (steep enough to make the snow accumulation moot), the fat bike itself became irrelevant.

So this year meant selling the fat bike in favour of an all-season hardtail. Something on which I could run a 29" tire in the summer (for those opportunities to refresh some of the local laps), and a 3" tire for the winter months. I had the goal of making it almost 100% parts-compatible with my Madonna trail bike, and here's how it ended up: 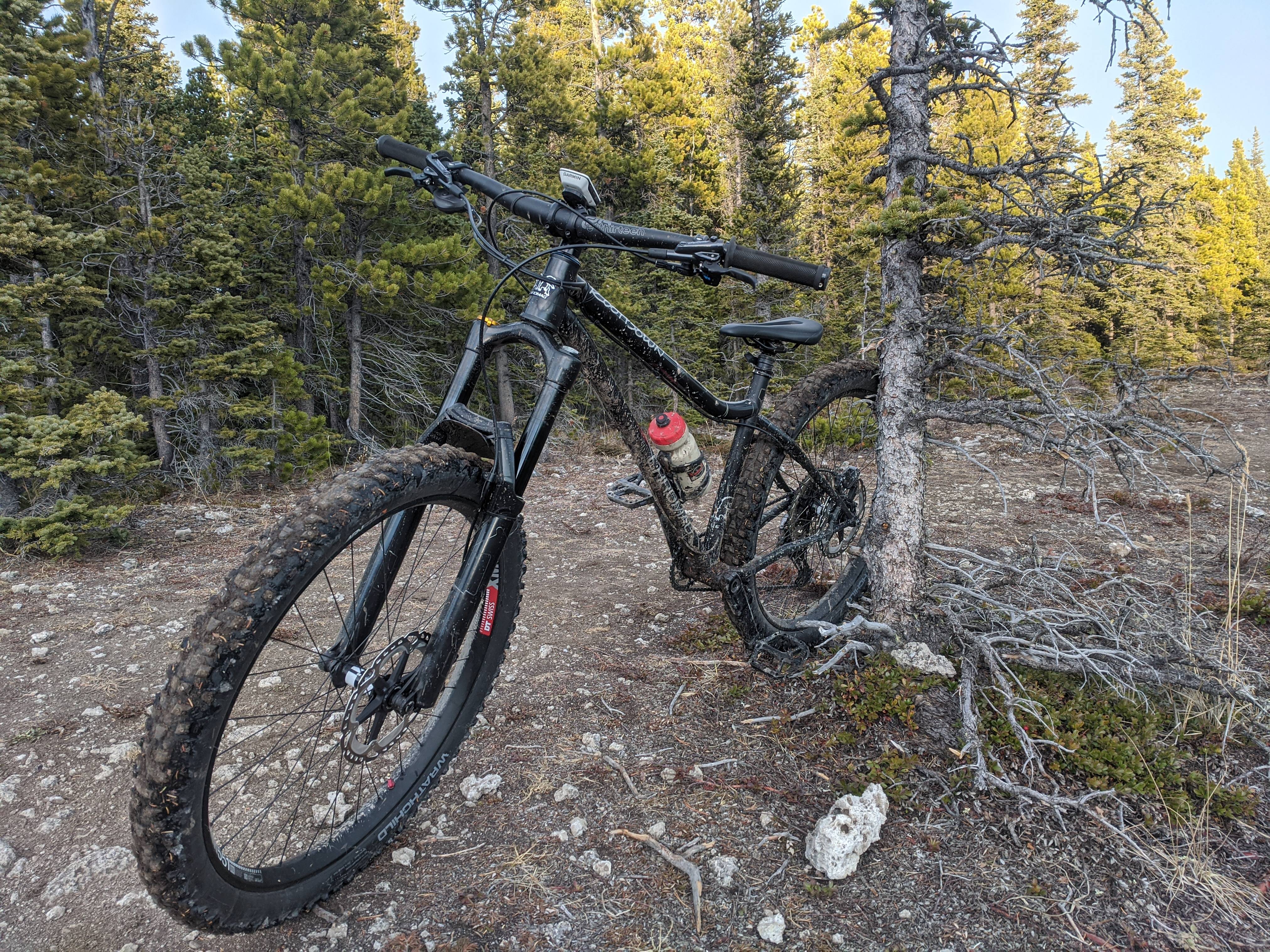 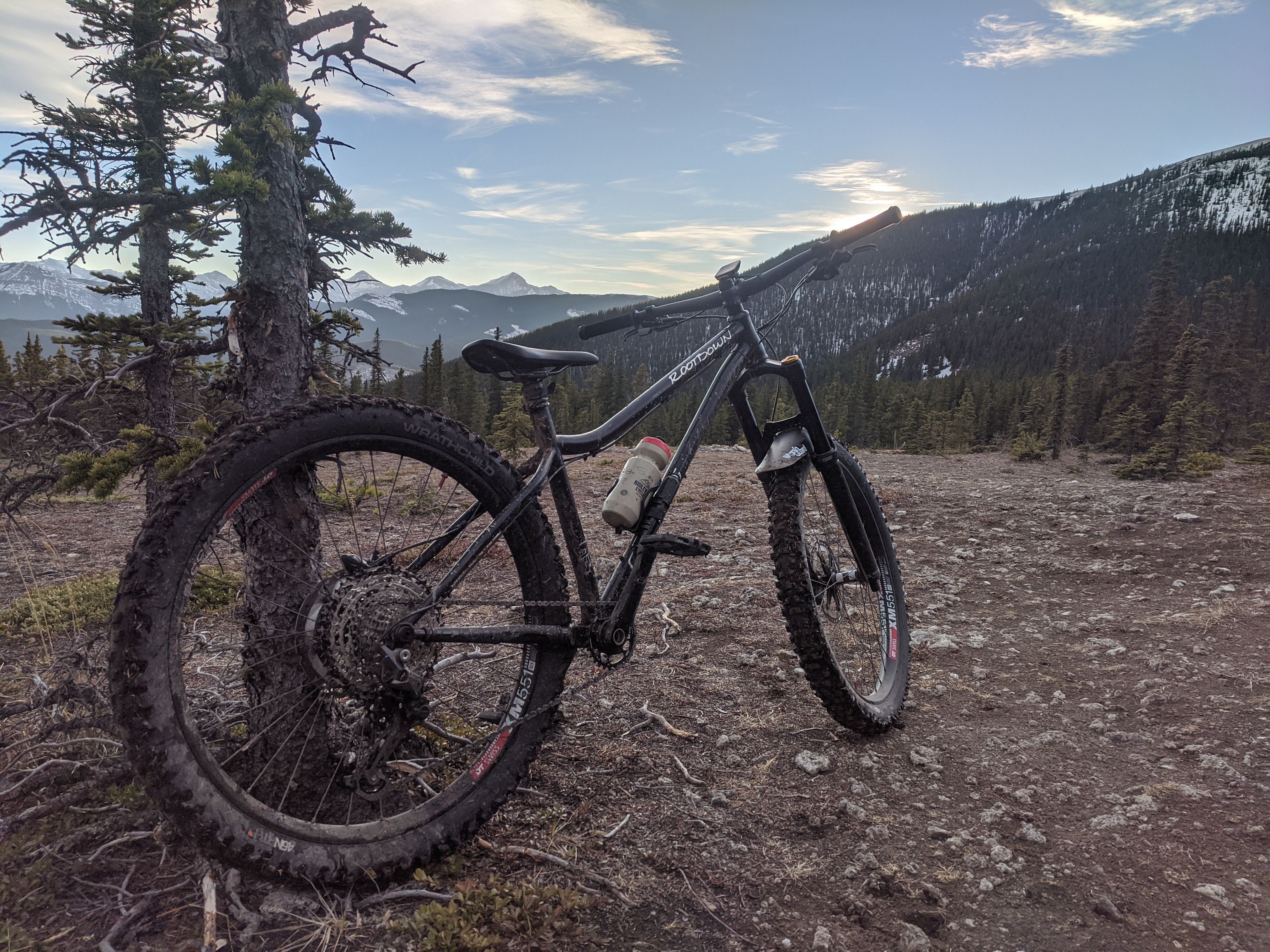 I tried to keep the build somewhat budget friendly while still maintaining compatibility with my trail bike. The hubs and rotors are identical between the 29" and 27.5" wheelset, so wheel swaps are a breeze. We've had ridiculous temperatures over the last week, causing most of the already-fallen snow to disappear and I've found it pretty convenient to throw the summer wheels in the car and switch them out after an initial 'survey lap'.

Here are the parts I used:

These 3" wrathchild tires have a ridiculous amount of grip on ice, but I think I'll need an 'intermediate' option for shoulder season days with mixed conditions. Took all of 1.5 rides to slash a fair-sized hole in the soft, winter rubber. These will be set aside for days further into our endless freeze/thaw cycles.

As for the frame, previous posts are certainly correct about the stiffness. Our trails are incredibly raw and rough and it has taken some fine tuning to find that balance between psi, speed, and my ankles holding together. But, all that aside, this thing is so much damn fun. The geometry is similar enough to my trail bike that there was zero learning curve involved.

Thanks again for the existence of this thread. It certainly helped in my decision to go full-hardtail.