“*Now that I've said that, some company (DVO?) will use coil springs instead of elastomers so the system won't be temperature sensitive or require replacements (elastic polymers harden over time).”

I’m pretty sure EXT and DT Swiss use a mini coil for initial travel, but I wouldn’t be surprised if it has a similar effect as the buttercups.

I love the spurcycle bell I’ve got on my bike, but even though it’s very loud and I ding it like I’m blue oyster cult and someone’s got a fever, people still either ignore it or don’t register it until I’m right behind them. I do think it’s got something to do with local experience though- I grew up riding in an area where mini cowbells were available at the start of most trails (provided by local bike shops and trail orgs) and everyone knew the sound.

That's a good idea about the reason, and yeah, its personal - I like being able to move parts from frame to frame.  I had thought that 30.9 was losing favor to 31.6 but I must be mistaken. I'm actually surprised that they use the same internals. I would have thought that if internal post diameters are the same, bushing sizes would have to differ, but is that not the case?

Tangentially regarding seatpost dimensions, any idea why Banshee went from 31.6 to 30.9 in the latest Titan update? I’m a tad disappointed about that

Anyways, more good bikes, the better, as I always say.

Continued edit: Unreported on the canfield website is the 2011 nimble 9,

Which does, in fact, look like an overbuilt XC bike.

Oh man, the local shop had a Paul rasta for the longest time, but no longer. 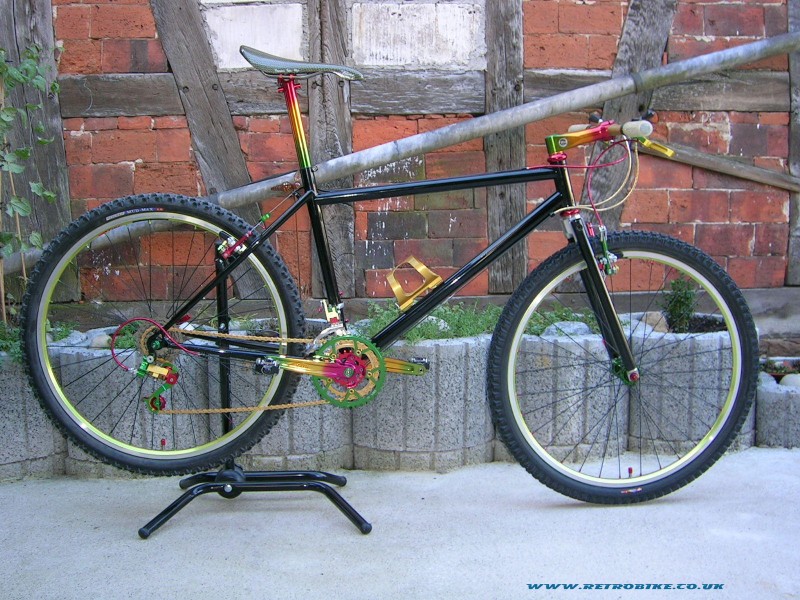 I really want to see a Paul Rasta derailleur moving a chain across a wide range Garbaruk cassette.

Edit: in addition, I’d love to see the shifter integrated with an STFU chain guide.

My buddies and I have a slight modification:

Heck yeah! Bring on the beat up tacos!