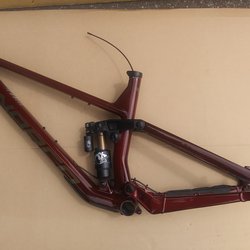 Win some and  lose some.

The remote battery doesn't seem to last too long. I think it's a Duracell DL2022. The plugs were too tight, but now too loose after sending in the battery on warranty for display issues. Otherwise pretty happy with the old XS Adventure 2800

Yeah, anecdotal is anecdotal, but after awhile the koolaide gets old.

YMMV but I have been around too long to believe the latest media narrative about anything and by this time have talked to too many people who don't have to coaxed into verifying my perception. The virus is real, the panic pandemic i.e. fear flu is uncalled for.

Speaking of which, paying the hospitals down here 13K for a CV diagnosis and 39K if they went on a ventilator when the tsunami they expected didn't  happen, only encouraged them to grasp at diagnosing everything as CV.

But anyway. The world is going to end in 12 years because Greta and AOC told us.

Because climate change/corona/racism fill in the blank.

Just putting it out there. Down here in Wa everybody I know gets over it no big deal. Likewise family members in Cali and NY.

IOW it's not the second coming of the black plague no matter how much the media yaps about it.

Dunno. Sounds like these Canucks got the panic pandemic figured out.

Exactly. They look doofus and dropper technology has improved so you don't have to worry about ruining them anymore which was also a big plus for fenders back in the day as far as I was concerned. But they still  prevent  that slimy gumbo of mud and rocks on your seat getting  ground into your shorts when you have to ride in slop.

Yo bro, can we keep it on bikes and leave out the politicks. Maybe the Kanadians can't see it from up there,  but for  some of the munchkins here in Amerika,  Ronald Grump - despite his many flaws -  is essentially a stick in the eye of PC, the speech code for socialism/The Powers That Be.

As compared to the Dementia Party candidate and pogrom.

It's called the lesser of two evils. (While one might prefer blue skies, many times the choice is to ride in the rain or just stay home.)

As for Corona1984 everybody down here that I know that gets it,  gets over it. Yeah, just like the flu or pneumonia if you are elderly or in poor health it can kill ya, but otherwise it doesn't seem to be the big deal it's supposed to be.

Still if the borders weren't closed yrs truly , along with all the other Yankee Doodle Dandys,   would be up there clogging the trails big time. So there's that to drink to.

Maybe that explains it. Haven't found the original pliers to work that great (w. Shimano links.) They sure look cool tho,  which is why I bought them in the first place, as these ones do also.  At home I grab the Park.

Problem is on the trail is little bits falling and getting lost. Probably will stick with my Crankbrothers M17 for now. We is late tech adopter.

They might be great pants, but seriously,  I can't justify the price/size difference.

Done 2 frames and 1 fork. Nothing professional, but got things covered. RW came thru quickly when they sent me wrong instructions for fork.

2nd frame already had 3M underneath  on the downtube and I put the RW over it. IMO that area needs the heavier protection like 3M.

IIRC the problem was getting something close to the original molded up the side look.