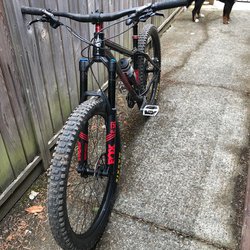 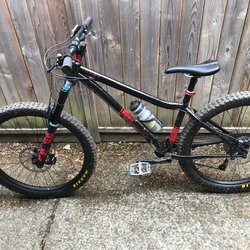 I was trying, although poorly I admit, to simply state that most of the internet has no idea of why the request was made. If Yeti thought it was legitimate who are we to condemn them for it. What I find fascinating about this is the outrage about Yeti saying they were going to change their marketing because they wanted to do something for a small interest group in their region. It barely sounds news worthy to me but some people obviously are very connected to Yeti's marketing and that I find much more interesting.

Out of interest I just read the actual petition. The group felt that their status as Tribal nations is being trivialized by the use of the word to describe groups that like the same stuff (obviously my words here not theirs) and that companies, mainly Yeti, were making money off the term while doing so. You could say they are being overly sensitive but they also have survived a genocide so I can understand where they may have a thinner skin with this stuff.

A direct quote: "It also diminishes and dishonors the unique political status of Indigenous people in the United States as tribal nations, that pre-date the United States and have inherent political sovereignty and the right to self-governance." I think the importance of that word to these specific people is much more than we can understand and even using it in a positive way does not honour that word in their minds. I will not understand this for sure but I can respect that they seem to feel very connected to the term and feel the need to protect it. I don't see why what Yeti did should be condemned.

The use of the word in the US is equivalent to Indian Band in Canada. Tribe and Tribal Government are terms that are written into law in the US that describe indigenous people. Those indigenous people did not choose nor describe themselves by those terms before they were forced to by US government. After this was done there was a period where the term tribal was used as derogatory slang towards indigenous people, particularly in the Colorado to New Mexico region. I think it is super localized to that lived experience. Hence the small number of people that asked for them to stop. To me this is just them being nice to their neighbors. It is not a statement about the term Tribe in the global understand but a localized reality that does not harm them to make good on.

I don't understand why this is so hard, all it is is being nice to people you don't know by not using words they would prefer you don't use. When asked to not use words it is not an affront to you as a person but a learning opportunity for how you can be nice to your fellow humans. Yeti heard some people wanted them to change because it would make them feel better so they did. Ok great, they are being nice to people who are different then them for the sake of being nice. Good job, now on with life. It seams so simple to me. Do you have to know people to be nice to them? Is it that people are only worthy of your niceness if you agree with them?

This sounds like you are riding like I did when I was a kid and fell in love with riding my bike.

I found Gorilla tape is good until I want to change my tires. Maybe I am just not careful with my tire levers but find that taking a tire off always effects the seal with gorilla tape. I found Stans was great until I had a wheel with a significant depression in the middle channel, cheap WTB rim, applied well but had trouble with the seal on the valve. My local shop recommended Muc-off's new tubeless tape. It was noticeably better than both.

Super fun ride. I haven't ridden a hardtail since I was a kid and I love it. Most of what is on there I had decided was worn out at one point or another but kept it just in case I was in a pinch with a broken piece. Both the wheels are dented and untrue. As well, the tires that are on them wobble but for a second bike that is ok right. I just am surprised how quick this is.

Just finished putting this together and took it on its first spin. Bit of a parts bin bike but new frame and new to me fork.

I would not use a combination shifter derailleur. The cassette and chain would work just not as well as if you use the same brand. I have always been skeptical of the second point and use sram chains from time to time with my shimano drivetrain but from what I read the shifting under power benefits that the new shimano have depend a lot on the way the chain and cassette interact. I also have read the 12 speed stuff if more different between brands than the 11 and lesser speed stuff. No personal experience though.

I think the stem length is more complicated that that. I ride a 58 Surly Cross Check frame with a 120mm stem so long but I have a high ape index

I am 5'11" and very broad shoulders and have been riding a 46cm wide salsa bell lap since 2013 on my cross bike, thought I would switch them out when I bought the bike but they are so comfortable I have kept them and would move them to a new bike if I bought a new frame. The flair out of the drops goes to 53cm so riding in the drops is super comfy, they also have indents that fit your palms nicely as well. The shape is great.

Because both of my bikes are a bit older I doubt I'll get much more than like 3500ish combined for the 2 (even though the Darkside is pretty pimp), but then I'm not even remotely close to even a mid level new bike, let alone one with even close to similar spec as the Darkside. At ~4 grand you're still getting entry level suspension and GX parts which is insane. I've considered selling the Chromag as a full bike, and then sell just the DS frame and build my pimp kit on a new frame, but the DS wheels won't fit most new frames because the darkside is 150mm rear end, so then I have to build / buy new wheels in addition.

2019 and newer fox 36 performance are nicer than older factory. The new air spring is just better. I was surprised when I bought my new bike. I thought I would switch the fork out with mold factory but kept the lower end but newer fork because it felt way better.

I second Brocklandrs experience with the four piston XT 4pot. Love the 4 pot XT brakes. I am 260 and never find I have too little power.