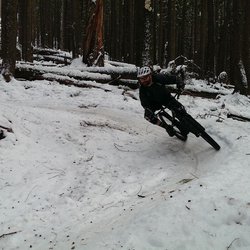 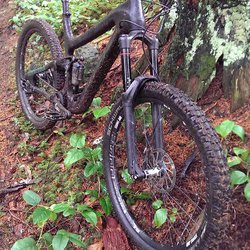 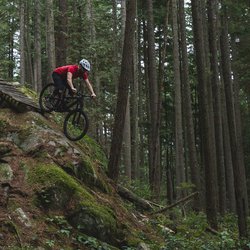 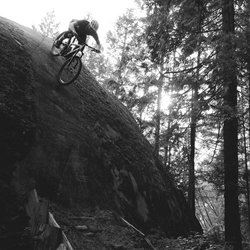 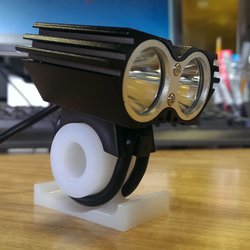 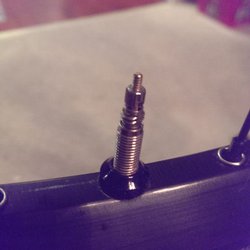 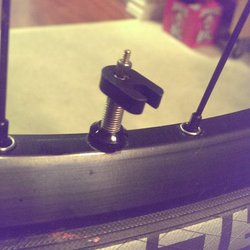 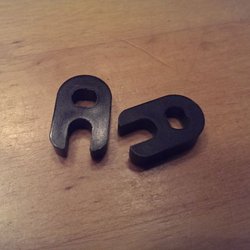 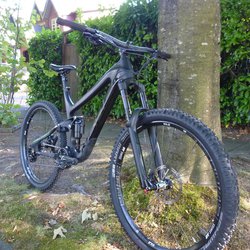 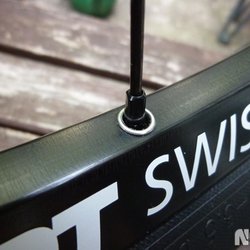 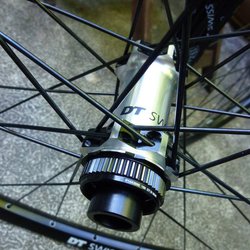 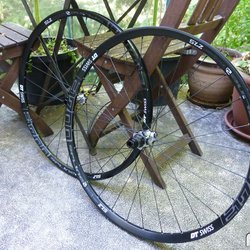 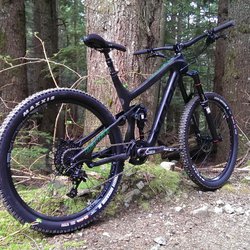 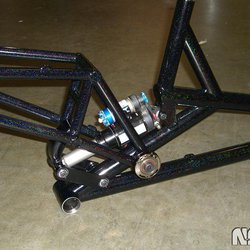 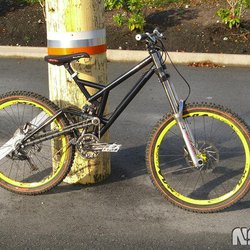 I didn't have the heart to tell you at the time that those flashy, new Turbine wheels wouldn't last long. They're just way too pinner.

I'm thinking of grabbing the 175mm version for my Range. Those are interesting comments about flat pedal riders wanting more travel than their clipped in counterparts. Now that I think about it, I think I see the same trend in my riding circle. My clipped in buddies seem more than happy with 125-150mm, including Big-Ted who's a goddam giant. Maybe it has something to do with the fact that riding flats might require more "body english" to move the bike around in the rough stuff(?) All I know is that from full climbing saddle height, I need at least 175mm of drop before my saddle is in a comfortable position for really rowdy descents.

Yeah, not too surprised to hear of an SLX blowing up - not really made for bike park duty. To be honest, I haven't used a Shimano derailleur in years. I just recently unloaded a 4-year-old, 9-speed X0 that should have died in its first year the way I was treating it. I can't believe the abuse that thing endured. The thing was a bit bent and had pivot play when I got rid of it, but it still shifted ok. I currently have an X01 7-speed on my DH bike, and it's burly - you can tell just by holding it in your hand.

Long story short - you truly do get what you pay for when it comes to derailleurs. Not trying to convince you to abandon your single speed idea, just my two cents.

Are you seriously destroying decent spec shifters and derailleurs within 5 days of bike park riding?? I hate derailleurs as much as the next guy, but I gotta admit that the high end stuff is pretty bombproof these days. Are you breaking them in crashes, or JRA? What bike? What brand derailleur? Just curious - I know that some bikes tend to be really hard on derailleurs.

I have no doubt that in theory, it can be done. I'm more wondering if it SHOULD be done :lol: I'm hoping that someone on here has attempted this already, and can share their experience.

Easton website says they use Sapim straight-pull spokes - not sure if this was the case back when these wheels were made(?) Can DT's be used as well? I'm not sure of the interchange-ability of straight pull spokes from different manufacturers.

I picked up an Easton Havoc DH wheelset earlier in the year (Specs: 20mm front, 12x150mm rear with a SRAM XD driver, 26" rims). If I didn't get them for a song, I'd be pretty upset about how terrible the rims are. I'm not sure what alloy Easton is using for these rims, but I'd put the strength rating somewhere between silly putty and frozen peanut butter. Apparently, this is the same wheelset that Stevie won the 2013 WC overall on(!) He should get some posthumous award for that feat alone. I also heard he went through a "few" sets of them.

Anyway, my rear rim is toast, and I'm now weighing my options. My first thought was to cut my losses and get a new rear wheel or complete wheelset. But considering that the hubs seem pretty decent, I was wondering if it's worth trying to build a new wheel with a non-Easton rim on the Havoc hub. I don't know if the spokes are proprietary, but apparently DT has a good selection of straight-pull spokes these days (are these compatible with the Easton hubs??). Another consideration is that the hubs are 28 spoke count, so obviously need a 28 hole rim. And this is going on a DH bike that sees a fair amount of abuse (not an ideal situation, I know).

Has anyone successfully built a (good) different rim onto these hubs? After excellent experiences on my trail bike, I'm partial to DT rims at the moment, and looks like the DT EX471 comes in a 26" 28 hole version, and while it's not specifically a DH rim, it HAS to be stronger than the Havoc.

Any other suggestions? Should I just ditch the hubs and build a wheel from scratch?

These are the wheels in question: 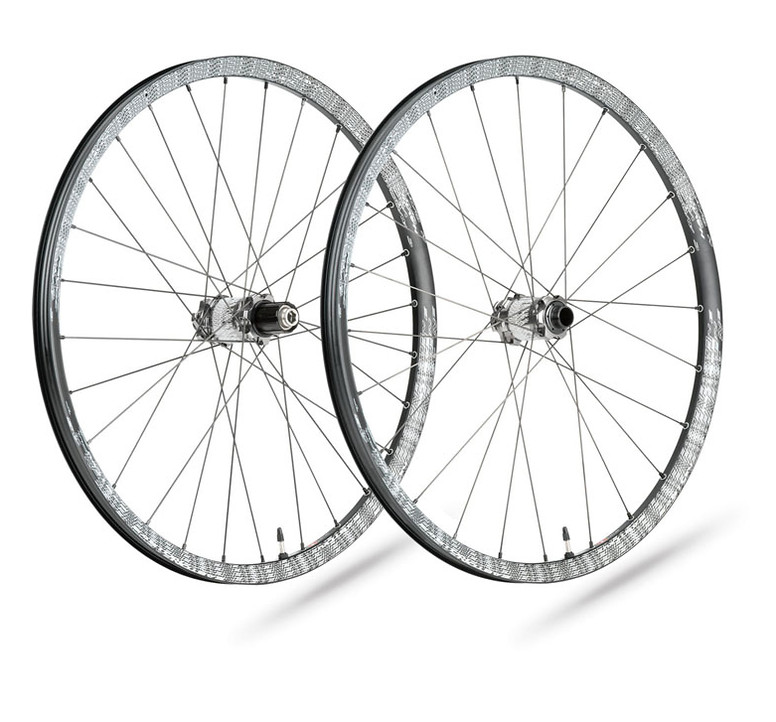 I'm running the DT E1700 wheelset on my trail bike - I believe the equivalent rim is the E512(?). Anyway, these rims are ridiculously strong - I'd go so far as to say that they've been stronger than many DH rims I've tried. There have been numerous times where I was sure that I had dented or bent the rim, but after a year of riding, they are pretty much as straight and true as when I got them. Haven't had to true them yet either! And that's insane if you ask me.

I've found Mavic rims to be too brittle. The death of all my Mavic rims have always been due to a cracked rim bead or eyelet.

Really? That could be them. Not sure if I can get over there before the weekend though.

Thanks for the heads up!