Nicely done. Thanks for this!

Epic shot; and of course he just happens to be on a Brodie.

I'd be inclined to leave the jacket alone and add a bib your existing pants.

DCH Sewing [HTML_REMOVED] Repairs off of Welch a few blocks west of Pemberton. She'll take your idea/instruction for gear repairs and/or modifications and will improve up it. Quality work - no complaints.

Yep, all we have is a furnace as well. I tried connecting it, and it would work for 5 minutes, then turn off.

I've been running a two-wire furnace-only setup with a Nest 2nd gen thermostat for a couple of years now without a problem. FWIW, the wiring harness configuration is: black to 'W1' and red to 'Rc'.

I'm a 2016 Devinci Hatchet SX owner and it was love at first sight but the honeymoon didn't last long after a few hundred km's. I thought about selling it and finding something else but could still see the potential in the frame so I set a goal to create a versatile quiver-of-one bike. So far I'm pretty pleased with the outcome and am now committed long term; I love it. I'm a wally weekender and commuter and I've put 3500km on it since May riding to work a couple times per week, touring, grinding, noodling and have an average amount of CX laps on it around the lower mainland courses.

- Numerous saddle height/position, handlebar height and stem length changes were made to get it feeling good on and off road.

- After 1000km I swapped on the SRAM Rival 1x setup for a Shimano 105 2x setup. Initially the 1x setup was fun but even though the gearing ratio is pretty close to some 2x setups I'd had on my road bikes, it was tough find a good rhythm when I got deeper into longer rides. Also, sometimes you need a granny gear to just help you get home in one piece.

- I love the Schwalbe G-One 38's that came with the Hatchet. So versatile and comfortable but sometimes I wanted something a bit more nimble for road-only. So, I dropped the OEM house-brand wheelset and went with two pairs of A-Class CXD5 wheelsets; $250/pr from MEC and no complaints. One set with the Shwalbe G-One 38's and one set with Continental slick 28's. Swapping the wheels in and out as needed is a luxury.

- The G-One's were tougher to handle on the lose and dry sandy sections of the KVR trail between Penticton and Merritt. Wet sand on CX courses they handled OK but they perform beautifully on gravel roads, pea gravel and grassy CX tracks. They're perfectly at home on something like a full Fishermans loop up to the Seymour dam and down the east bank.

- The TRP Spyre mechanical disk brakes were a wise choice for the spec to keep the MSRP reasonable and I'm in no rush to switch to hydraulics. They're easily adjustable and the stopping power is totally adequate with with the 140mm rotors.

- I didn't want panniers and a rack for going for quick rides around home so I went with Porcelain Rocket bags . Someone on NSMB put me on to them and for that I offer a huge thanks - maybe Morgman? I can't say enough about the versatility of these for touring. Their saddle bag is genius; expands from 5-15L (I think) and it's very sturdy when secured to the saddle rails and post when fully expanded. It's got good compression straps too. I use their slick frame bag too. It's a good setup for shorter summer tours when crashing on someone's sofa. For work commuting I use the waterproof Timbuk2 Especial Tres pack. It's very well made and a lot less bulky than I'd anticipated.

So, a quick summary. As with many bikes, time in the saddle gets the conversation between your body and the bike going, but to get the Hatchet to be versatile for my own needs required a translator which resulted in a fair amount of adjustments to the bike. That said, I did a 450km Sunshine Coast / Van Isle tour in late summer that cemented the relationship for the long haul.

Special thanks to everyone on Pinkbike Buy [HTML_REMOVED] Sell that bought my old road bike and the Hatchet's OEM parts that help fund the upgrades. Cheers! 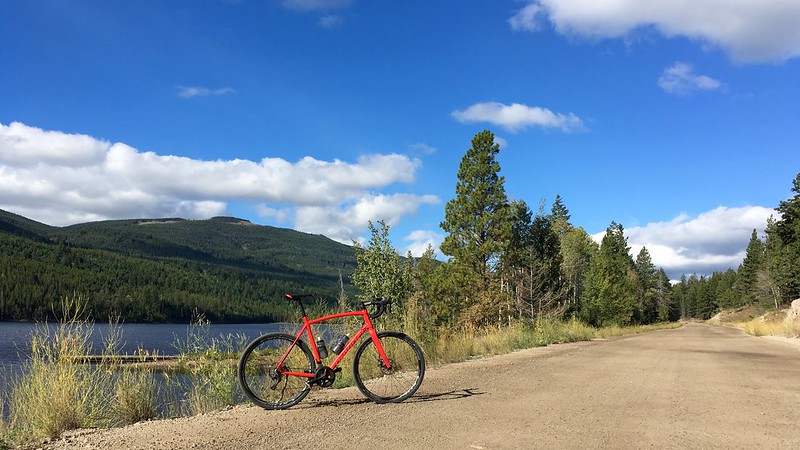 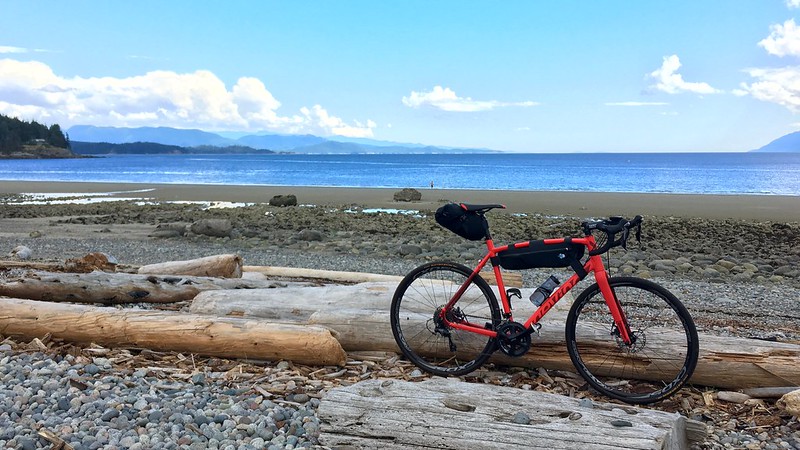 Consider a very basic bachelor suite-like layout of approx 300 sq ft with a kitchenette [HTML_REMOVED] bathroom that meets code req's in BC. Irrespective of it being stick framed, prefab wood frame or a container structure, my experience based, on the design and coordination of rural and backcountry dwellings, resulted in the price differences for hard costs that aren't as drastic as one might initially think. Soft costs were the bigger issue; too many variables to list here.

That said, the notion of repurposing an old container is noble.

Thanks for the reply Cam but I'm not on board with it and my input on this thread was initiated by my surprise to see it was initiated by the site editor. Topics like this are easily perceived as low hanging fruit and I know you guys are better than dragging topics like this in in your often caustic BB. Stick to the content you develop on your front page where it's usually newsworthy and well informed and where the discussions are often more constructive.

You post an email from her and snipe a quote from another article that ratchets up the scenario. It looks like you're outing MTB opponents on a BB where, let's face it, in this particular case she's defenceless in this forum. Unless you sent her a reply telling her you'd post it here.

What's the rationale behind this thread? I'd like some insight into this one.

Maybe she's an opponent to mountain biking who felt this was a way to make us look bad?

She's making NMSB.com look bad? Was her email to you posted in a public forum? Who's making whom look bad here?

Closed by 7pm. What a joke; makes an otherwise good resource unusable to the target user groups.

Big deal. Do what you were doing up until 2 months ago and park your car on the street and ride up. The trails aren't closed after 7pm.

Btw….I remember years ago seeing a couple on a fully rigid Burley tandem riding up the BP past Old Buck [HTML_REMOVED] then down Ned's! They were bad-ass!

That was probably Andre and Trudel. I still see them bombing around on that thing. He and the Grey brothers trail-blazed Dreamweaver.

I'd like to know if she has indeed plead guilty already.