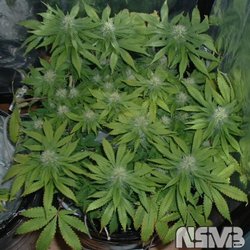 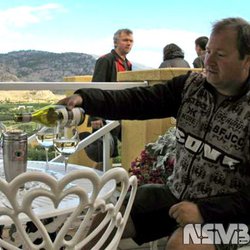 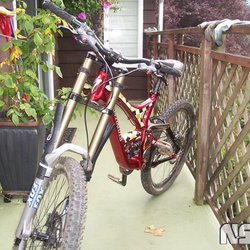 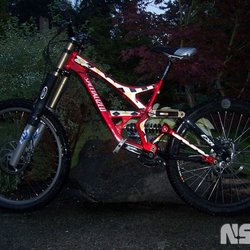 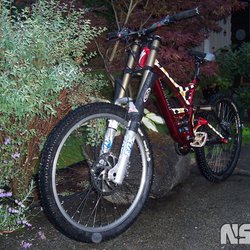 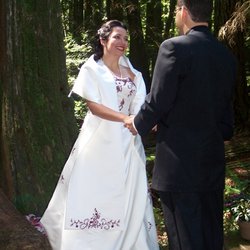 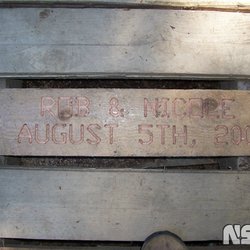 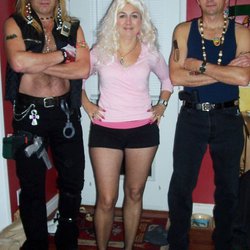 'For those about to ROCK, we salute you'

the old one has way more character. It should become a trail icon. we'll hang it from a tree.

Cam's probably got to deal with a frivolous law suit from Hazel Culvert for wrongful dismissal and for violating his constitutional right to freedom of speech before he gets around to a forum redo. In any case he's already fixed 90% of the problem in one push of the button.

He has been wiped from the face of the earth.

Good work Cam. Hopefully that shit disturber is gone for good. Keep up the good fight.

While warming up for volleyball last night, I managed to snap my Achilles tendon. I wasn't even doing anything epic, just rallying with another player getting warmed up.

I meet with the surgeon tomorrow morning, so we will see if I'm heading under the knife.

Brutal. I blew mine out in a biking crash a few years ago. Surgery the next day. It's a tough recovery. Pm me if you want a large L boot. It'll save you $400. Dumb Hospitals won't reuse them.

Great stuff. Hope she didn't get hurt in the final endo.

Not that I'm a stickler for rules and authority but there were 5 of these signs along the northbound route I rode home today. Every other post had one. Admittedly they are preaching to the choir. Don't know if there's anything telling those going the wrong way that they are.

I think you'll find that they just haven't taken down the old signs yet.

"The new sidewalk is temporarily designated for two-way traffic while work crews begin construction to increase the width of the west sidewalk, which is expected to be closed through to fall 2015. Upon completion, both sidewalks will be shared for both walking and cycling, and become one-way."

But please feel free to ignore me. I'll reciprocate.

Also, having to dodge traffic on off-ramp and then an on-ramp on the IWB is a very real hazard to anyone cycling. Eliminating that needless danger makes a lot of sense IMHO.

Too true. That north east crossing (where the deep Cove traffic whips off) is hectic, as it always was. It's too bad they couldn't have come up with a solution to that.

Lions Gate has switch overs right under both ends of the bridge, and riding on both sides is allowed.

Don't know why they would only have one way on this bridge as there ideas plenty of room for two way traffic.

I've been cycle commuting NV to city daily for 25yrs and I use either bridge on a whim.

As far as I'm aware the Lions Gate is one way traffic and I never see anyone not doing so.

The IW was 2 way before the upgrade. That was a real pain trying to squeeze past the occasional person going the 'wrong' way.

Speed is the issue now. With the wide paths it's too damn dangerous to have 2 way traffic. It takes a couple minutes to cross over to the right side. Really not an issue. I'll certainly let people know when they go the wrong way.

I know not why
the soil they sling
is not gold