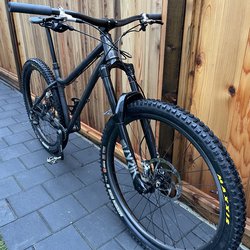 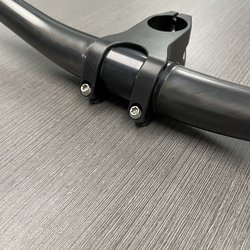 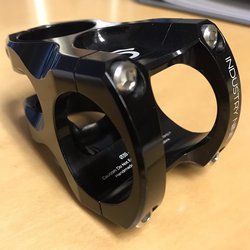 Hi Andrew. Are you aware of anyone making carbon levers for the Cura brakes? I recently switched to Cura 4s and they've been great but I definitely noticed the cold levers as compared to the carbon levers on my old brakes.

Peet dryer is the bee's knees.

I definitely left skin on that rock

From what I can tell, bar comfort seems to be pretty subjective.  Here's what outdoor gear lab had to say about the Deity Blacklabel bar:

"They are plenty stiff even with a 31.8mm bore/clamp diameter, and the 800mm width provides ample leverage. Steering feels direct and precise, but maybe a touch too little compliance leaves these bars on the slightly uncomfortable end of the spectrum compared to bars that reduce vibration better like the Spank Oozy Vibrocore or Ibis Adjustable Carbon, both of which are designed around the 31.8mm clamp diameter. More comfortable 35mm options include the Santa Cruz Bicycles Carbon and RaceFace Next R bars.

We liked the sense of control provided by the stiffness of these bars, but couldn't ignore the hand fatigue generated by them over relatively short runs. They are stiff, and steering feels very direct with plenty of leverage for muscling the bike around at speed or through rock gardens. It didn't take long, however, for our testers to start losing feeling in their hands with the feedback that came straight through them."

I have a OneUp bar and a Rental Fatbar Carbon (35mm clamp).  The Renthal bar definitely feels more "precise" when it comes to steering input.  But I don't notice much difference in comfort between the two.  Maybe I'd notice more of a difference without Cushcore, good suspension and low-ish tire pressures...

Any chance you could explain the spray paint method? I had ‘ok’ luck using Renthal’s basic grip glue with their push-on grips and better luck using isopropyl alcohol (same method as ESI grips). I’m about to put on another set of fresh ultra-tacky push-ons and am curious about how this spray paint method works.

+1 for the Houdini.   Pretty decent water resistance, tough, weighs nothing, ok breathability and goes for $125 brand new (and you can often find a sale price).

"...hammer my one gear up No Quarter out of the saddle".  My body aches and I feel like barfing just reading that.

Very thorough and much appreciated.  The Öhlins fork is on my shortlist to replace what I’ve currently got. I haven’t ridden one yet though so I’m glad to see it’s on the list!

What are the other forks on your top three or four list?

I recently put on fresh Magic Marys in Super Gravity casing.  I'm using the purple Ultra Soft compound both front and rear in 29x2.35 (with cushcore on both ends).  They're definitely heavier and slower to climb but the grip and damp / comfortable ride are mind boggling.  While it takes more energy to move them, the extra grip does help with those steep tricky climbs this time of year.  I will definitely switch to a faster rolling rear tire when the days (and rides) start to get longer in April / May.  But for a winter slip 'n slide season dedicated setup this is the most sure-footed combo I've tried to date.  FWIW my winter rides are mainly Fromme and Seymour.

Also, this tire combo can be had for dirt cheap if you're willing to order from overseas and wait a couple weeks.

Anyone tried cc pro and tannus in the same bike/same tires as a direct comparison?

I've been running CC Pro for about 1.5 years so I'm very used to it. I have only one ride on the Tannus setup so these are just my initial thoughts.

Impacts - I didn't feel any real difference between CC Pro and Tannus at these tire pressures. I didn't case anything or smash anything too nasty. There is about a 200m section of trail filled with baby heads and jagged rocks that would definitely have resulted in rim strikes without inserts. I didn't feel any rim strikes with CC Pro or Tannus. Can't comment on really hard impacts though. Both seemed to work about the same (well).

Sidewall support - They felt pretty much the same to me at these pressures. No squirm. Both are excellent.

Ride feel (not cornering) - There's a noticeable difference between Tannus and CC Pro here. It felt to me like CC Pro has a more significant damping effect on trail chatter. Tannus felt a bit more direct / energetic. On a hardtail at least, I think CC Pro is a bit more compliant feeling than Tannus. I don't suggest that's a good or bad thing necessarily. Just different.

Weight - The ~100g per wheel weight difference between the two is noticeable climbing, particularly in techy sections and/or where I start to feel  gassed. I don't think it's noticeable descending and it wasn't really noticeable on flat terrain (not that there's much of that around here).

I'm going to throw the Tannus on the Union rims to see how that feels and will mess with tire pressures more.

My initial takeaway is that assuming you don't care about the ability to ride out on a flat, I'm thinking go Tannus if you want quicker feeling wheels and go CC Pro if you want to maximize the magic carpet ride feeling. Again, assuming not caring about being able to ride out on a flat, I'd probably lean towards Tannus for a full suspension bike but would have more difficulty deciding for a hardtail.

Final thought: I've also used Cushcore XC on another bike for about a year. Now that I've tried Tannus Tubeless, I don't see any reason at all to buy Cushcore XC. I think you get better sidewall support from Tannus (on a 2.4 width tire at least) with better (or at least equal) damping of trail chatter for about the same weight and lower price.

I ordered direct from Tannus yesterday morning around 10:00am. The inserts were delivered to me in Vancouver MINUTES AGO by DHL. They were shipped from Utah. Verrrrrrrrry impressive. And my all in cost was $177.83 CAD, which is $13.00 cheaper than it would have been to order from the bike shop in Kelowna noted above.

Now to see how they ride compared to Cushcore Pro...

This is all super helpful. Thanks.

How was the package? I have mine on my primer. I like the 45mm stem better than the 35 that I had on not before. Makes for better climbing and all around riding.

Thats a mighty nice docta you have there. Is that a bb30? Mine is really tight, yours the same?

Only one ride so far so the only thing I can say for sure is that moving to 45mm from a 40mm stem was the right move for me in terms of fit.

1) SRAM says I should do the lower legs on my Lyrik Ultimate every 50 hours. I’m going to start doing it myself. I like to tinker. How often do you do the lower legs on your fork (especially if you ride through the winter)? And are there any downsides, other than time and cost of oil and maybe foam rings, of servicing the lowers at intervals shorter than 50 hours?

2) Has anyone used WPL suspension oil instead of the Rockshox branded stuff? I like that it is local, they have free shipping on orders over $60 and that it is biodegradable. Those things won’t convince me to use it over the Rockshox stuff if actual performance of the WPL stuff is inferior though. Thoughts?

I can recommend Rekons if you want a tire that can crush out big days without a lot of drag yet still shred the trails surprisingly well. A rigid fork could be an interesting change....if you go that route just keep in mind something overly stiff could be very punishing if you want to still ride trails. Rigid fork comfort varies considerably.

+1 for the Rekons as a rear in 2.6. Surprisingly capable for a fast rolling (but a bit drifty - in a fun way) tire. I also found the 2.6 Dissector to be a great compromise between fast rolling and good cornering grip. Also, the 2.6 Dissector doesn’t seem to have the same pre-mature side knob wear that plagues the 2.4 (at least in my experience).

Snow this morning in patches around the 5th switchback on Fromme. Snow for the first few hundred meters of Leppard. Then clear (and very wet).

To me, from me: WAO bar/stem combo

45x27.5. Tossed it on my pride and joy today and taking it out for a spin in tomorrow am. 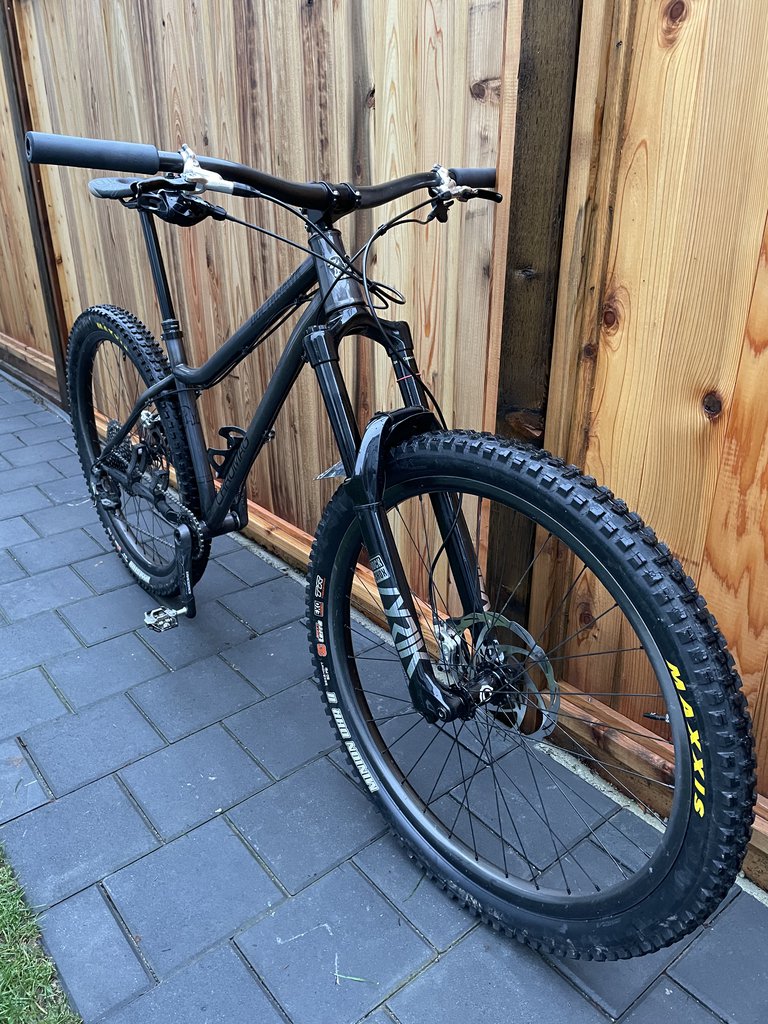 To me, from me: WAO bar/stem combo 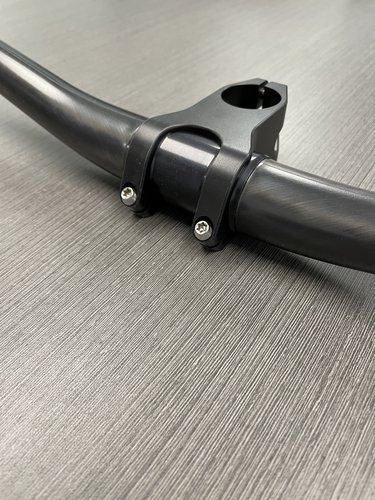 My buddy has both on his Tacoma and they seem to work fairly well together. Closing the tonneau cover seems to require a pretty good push down though. But it closes with the tailgate pad on. He has a Raceface tailgate pad and the new hard trifold style tonneau cover Toyota dealers sell.