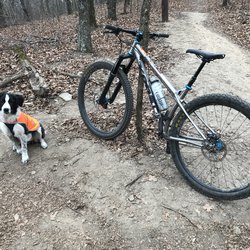 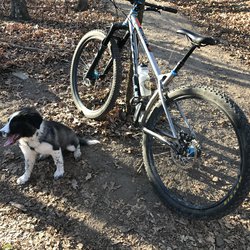 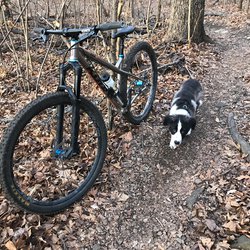 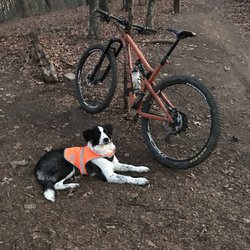 They have simple paint jobs on the new N9 now! ... and chrome is back, too.

Thanks for providing such excellent and relevant service articles!

Hmmm. I was on a ripmo for a year, and now have been on a tallboy for 1yr.

I swapped frames so parts are identical.

The ripmo pedaled just as well on fire road climbs, but when it comes to technical single track climbs and traverses, the tallboy is noticeably better. I think it actually weighs 1/2lb more than the ripmo did.

And the Ripmo is one of the best pedaling platforms around on a longer travel bike.

I agree about the tallboy frame weight. Is this a byproduct of the lifetime warranty, or the lower link vpp? Either way, Santa Cruz bikes used to be significantly lighter.

I think I may fit into that category - I’ve had the tallboy for a year and it’s held up great! I’ve serviced the shock and fork, and checked the linkage bearings. Everything is still smooth and clean. The extra heft, plus the great Santa Cruz warranty does certainly make me feel better when pushing this bike past its usual limits.

Ive always biased towards shorter travel bikes, and I was coming from a ripmo, looking for something a little more playful. I wanted to see how far modern geo would let me push a bike like this. (I actually just swapped frames and reduced fork travel to learn as much as I could from the comparison)

Bottom line... between the ripmo and my slightly modified tallboy, I still get bigger grins on the tallboy for most of my rides. I do a lot of technical climbing and traversing... I’m in NW Arkansas where we have big hills rather than proper mountains. If I was in BC, Colorado, Pisgah, Moab, etc I’d have stuck with the ripmo.

To cite an example- I took the TB to Moab this year. It was absolutely brilliant on Captain Ahab. On the whole enchilada, it got pretty tiresome on areas like the porcupine double track. Sustained high-speed descents with lots of square hits are where it falls short (but sill lets you stay in control)

I chose the bike that best fits my riding 90% of the time- and as the review states, the tallboy is a great ‘one’ bike option. Especially when you factor in the versatility of how well it rides in a 129/140 configuration.

I haven’t ridden the spur yet, but I’d love to get a demo on one.

I’ve owned both the TB3 and the current tallboy. Right out of the gate I put on a fox 36 set to 140mm travel... so that may have some impact on my experience. I’m in total agreement that the TB is all ‘trail’ bike. The XC character of the previous tallboy has been traded for modern geo and increased stiffness.

Right now the tallboy is my only bike. When I know my rides will be more rough and DH focused, I put on a dpx2 imperial shock that takes the travel up to around 129mm. The rear end is noticeably more composed in the rough with this setup, but it trades away a bit of support and crispness. I also run a 30t chainring to boost the anti-squat slightly.

I’ve found the tallboy to be a great all around mountain bike- it strikes a nice balance for big rides. I tend to prefer a shorter travel bike, but often ride trails where more travel is the norm. I think this is where the tallboy really shines.

In a way, I think the strength of the TB is also its weakness. With the extra weight and stiffness, plus fully modern geo, it’s easy to take the bike into situations where the travel feels like the limiting factor.

Those Wera Allen wrenches are fantastic. Every time I service my bike, I wonder how I went so long without them.

If the claims around improved shift quality at the GX level are true, then that's the real win here. Hopefully reliability will be improved as well.

It's a bummer that most OEM bikes will end up speccing this lame cassette w/poor steps at the upper end... Nice to see prices stay the same, at least.

I went back to XT 11 speed after running GX-Eagle for about a year. (and suffering all the usual issues- ejected jockey wheel, degrading shift quality, and a big bulky derailleur that liked to catch rock strikes)

(most most recent bike actually came w/ GX Eagle, which I took off, sold, and replaced w/ 11speed XT)

It's very reliable, shifts great, and provides me with enough range to get the job done when paired w/ a 30t Chainring.

I have a Kona Process 29 AL/DL. It climbs well and has good trail manners for such a capable bike. I use it at the bike park, and for rocky technical trail riding. It’s a bit more work than my Tallboy3 when climbing, but still very manageable.

I think the geo and suspension kinematics are really key to how well it performs. I find that steep SA paired with short chainstays and long-ish reach really work for me. It’s also very quiet and composed on rough dh sections. It’s a bike that loves to go fast.