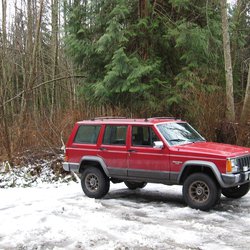 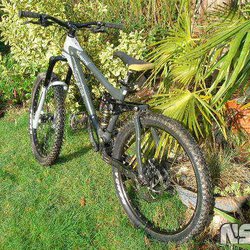 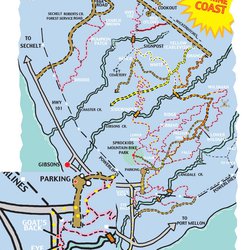 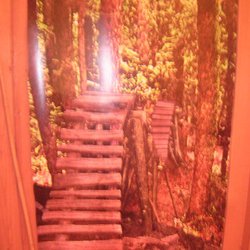 Title: poster of the roller gap
Posted by: trail-worker 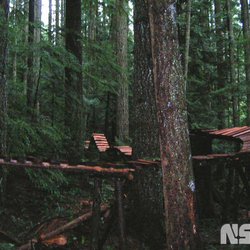 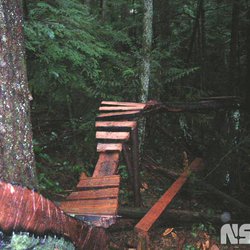 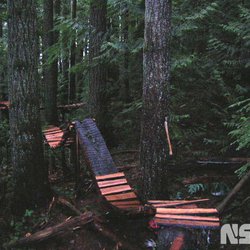 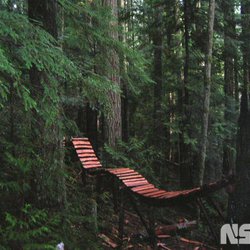 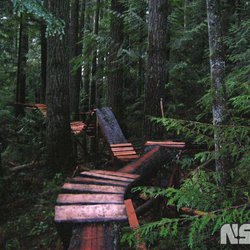 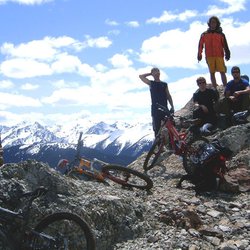 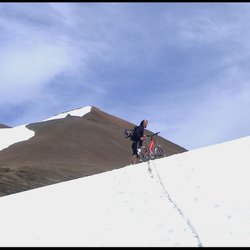 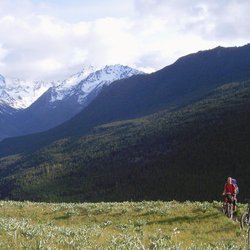 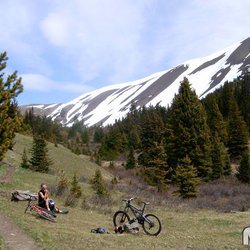 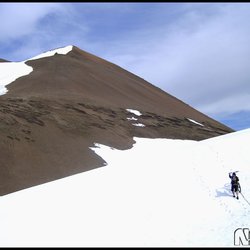 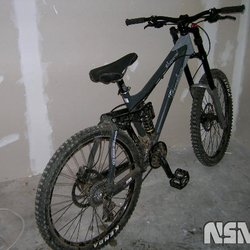 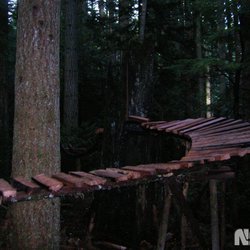 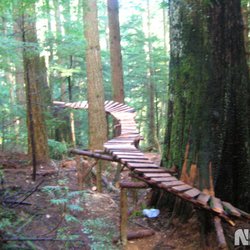 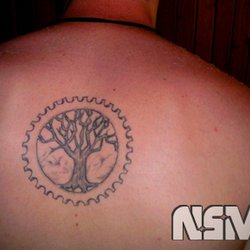 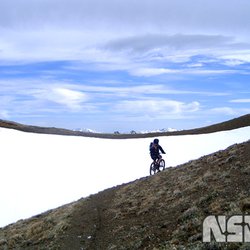 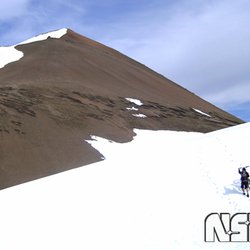 Noice, cannot wait to ride some of those trails in a few months when the snow is long gone. Kinda funny to see him pedaling backwards up a DH trail to find a bit of XC for the vid!

It's a great vid but was reading the comments after it was posted on Pinkbike last week and it sounds like alot of the riding was shot in a National park where bikes are not allowed. I've never been one to follow rules and have poached more than a few hiking trails in my time but it's too bad that this could shed some bad press on the MTB scene in Slovakia.

I've been pushing myself for vertical gains since the new year as well, but given the snow it's been on the skin track instead of on the bike. Since January first we've ascended over 3170m vertical. The longest day was 1760m of ascending…my legs hurt too much to sleep much after that!
It's a great thing to see just how far the human body will take you given the aid of a bike, skis or splitboard 🙂

Damn, I just realized that this picture is nearing 7 years old and I still rock the same shin pads. Oh well, at least I ditched the Giro Switchblade a couple years ago :lol:

It's not really part of strange brew, strange brew starts just below the ski-jump section..you cross the road and end up in strange brew. This stunt was just kind of a one hit wonder up higher, that you can link into the rollercoaster/roadgap thing (which we still havn't finished building). This winter I hope it's all complete.

this is a sweet hit

yeah, it's called the BCIT woodlot, owned and operated by the BCIT woodlot society. I worked for them last summer.
Once you push past that big cross ditch on your way to the power lines and beyond, it turns into mission tree farm land, totally different thing over there but luckily they are still pretty slack about the trails.

Quite frankly it's ugly, but at least the trail is still there. It's a privately owned woodlot, so they can do whateve they want to do with the trail after it's logged. Luckily, they have a good agreement with the riding commuinty and agreed to clear the trail off after they were done with the logging.

What type of member should I be alienating?

He accused me of comparing e-bikes to sexual assault. If you are going to make such an idiotic and demonstrably untrue suggestion you better expect a reaction. There are times when I have over-reacted and regretted it but this I don't regret this reaction at all.

And besides, he had already left.

Hey Cam, came back to say that my comment earlier this morning wasn't well explained and very well deserved the string of f-bombs and shit talk it spurred (although to be fair I was pretty surprised it came from such a mellow guy, guess it struck a chord).

To be clear, I don't think you compared the two directly although when I re-read my comment it sure sounded that way.

It's probably the only time I'll be accused of being overly sensitive or politically correct in my lifetime, but there it be.

Aside from that keep up the good work with the site. Its been a staple in mountain biking for me since sometime around '99 and can certainly say there's been alot more good than bad in all those years.

Yup. I think Cam wants the clicks though.

After reading that stupid e-bike article this morning comparing electric mountain bikes to sexually assaulting women, I wish Cam the best of luck with this forum in the future. You just lost a couple more clicks from me bud

so how do the figures shake out for the rest of BC where lets say a 1st house might be 200K?

I think it'll just drive prices up across the province…this is what I see happening:

People living in lower mainland/southern Island/kelowna/wherever bubble get excited, think they can afford a first house because gov. is giving away free money. Buy expensive wine to celebrate soon to be home ownership.

Go to bank, realize that their incomes aren't even close to high enough to qualify for a mortgage on a high priced home in bubble zone.

They see a facebook post from their friends who just moved to whatever small town in BC out blasting powder turns without crowds, scroll back through pics from the summer and said friends were out gardening (actually have a garden!), swimming in the lake, living the life. Friends now own their own home, pay next to nothing for a mortgage compared to rent, their kid goes to some nice school and everyone at the coffee shop knows their name. Friends have made some connections in the community and mention that a job posting just opened up at the hospital/school board/whatever.

Couple starts looking at real estate in other small towns across BC that they never considered living in, drink bottle of wine, imagine themselves moving somewhere else. Hey, this could actually work!

Boom, real estate demand in small towns goes up across the board. Maybe not shitty small towns, but anywhere with even a few job prospects, cheap real estate and other families will go up.

I predicted this exact thing a little over a year ago, and house prices in this area have gone up $100-200k since then for the exact reasons I stated above. Most new families are coming to this area from the lower mainland, calgary, toronto because they couldn't afford a house where they moved from and even though RE was already pricey, its still a bargain compared to the city. Other small towns, like the one you live in XXX'er, will feel the same crunch. Property Values are on the decline in Vancouver, but have gone up almost every where else in the past year.

The New York Times even wrote an article about it last month:
With Flood of Urbanites, a Canadian Hippie Haven tries to keep it's mellow

Easy, just put down 5% and save the rest for a year, then pay a lump sum on the anniversary of your mortgage with whatever you have left over. Or fuck it, spend it on furniture, a new car and holidays because you deserve it.

yeh but you don't get out of mortgage insurance that way. not enough loophole

I'm on the other end: responsible. All I see is the BC gov. giving me free money (below market lending) that will reduce the front loaded interest on my mortgage and make it possible to achieve 20% downpayment on my own. In the correct-use scenario, you avoid paying mortgage insurance, reduce mortgage interest, and pay back the loan instead of doing accelerated mortgage payments. My issue right now is getting 20% DP, not making monthly mortgage/strata/tax/etc payments; I already do that in the form of rent.

totally..I'm just saying the majority of people will probably end up in a shitty situation in 5 years, not everyone though. If this had come about a year sooner I'd probably keep my mouth shut, stick my down payment in the bank in a high interest savings account and roll with the tax-payers money for the first 5 years too, profit from the interest earned and pay back what I borrowed right away when the time was due. Free money. I'm guessing, but not sure, that they might have something that stipulates that if you already have the money for 5% down payment they won't lend to you; but who knows.

I don't know the answer to this, but will they lend you up to $37.5k to achieve 20% down? The wording makes it sound like it's only to get 5% down…Christies friends in insurance and big financial firms probably wouldn't be too happy to find out she invented a loophole that would allow people to skip out on mortgage insurance, save on interest etc but I might be mistaken. Curious to know if anyone knows the answer to that

from what I understand the black market is thriving and doing more business than ever in the states…more people start smoking when it's legal; the ones who already did increase their production and suddenly everyone gets tired of paying the steep prices the dispensaries are charging and looks elsewhere. In steps the black market to capitalize..

I think a big future in Canada will be the actual testing of cannabis and products..the states has strict testing to show the THC/CBD content, any mold spores, chemical fertilizers etc…Canada will probably (hopefully) adopt the same protocal. From what I've been heard any testing that is done right in canada now is basically BS and just made up numbers, so there's a profitable angle if you're the smart scientist type.

Correct payments don't have to go up, but you are now in a 30 year mortgage and even greater levels of debt. It just a terrible policy all around. Will be interesting to see how desperate first time homebuyers are, and how many in fact take the loan.

I'm willing to bet that many will go for it…most first time home buyers would be younger people and many simply don't understand how interest and loans work. It's pretty easy to have a rosy outlook on the future when you're getting out of an overpriced rental situation, too. Desperation is a bad card to hold..

cant say im surprized those, banks have always been for people who have money not those that actualy you know need to borrow…

helping poor people who cant save enough for a down payment to get in the market.

Household combined income of under $150k isn't exactly "poor" people - that means buddy making 6 figures with a stay at home wife who blew all his money on truck and toy payments for the past bunch of years can now get my taxpayer dollars to help him out of a completely foreseeable housing crisis.

Also, must be a BC resident for 1 year… (so all the albertans who fled their precious oil market and moved to BC when it shit the bed can qualify to borrow taxpayer money here actually making it less affordable for long time residents of communities across the province).

This doesn't really help the poor out - yes, the poorer demographic might qualify to borrow the 5% or $37.5k for a down payment, but without a good paying job will likely not qualify for an actual mortgage. I know this because I don't have a particularly high income and qualifying for a regular mortgage was difficult so I had to learn to be better with money, scrimp and save for years to come up with a 20% down payment to get out of regular CMHC requirement. 35% actually, because I bought raw land but that was my own choice really.

Let's add some more gas to the fire.

wow that's quite something. Prices across BC probably just went up %10+ when that hit the press, houses for everyone! I wonder if I can retroactively apply for this thing after sweating my ass off for years to save for a down payment..lol.

I'm predicting a massive economic crisis in 5 years time when everyone who jumped on board realizes they actually, you know, have to pay back this loan.