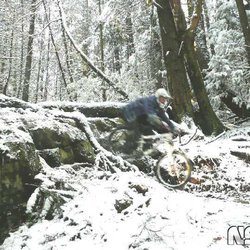 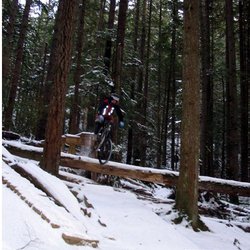 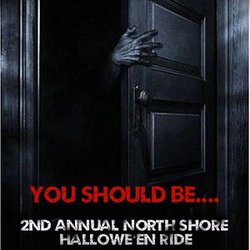 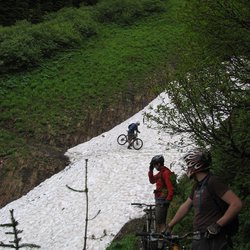 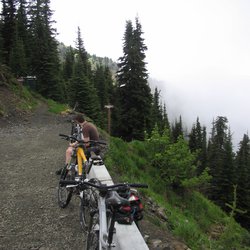 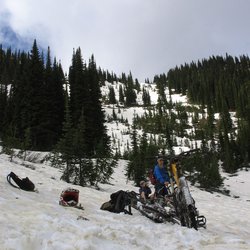 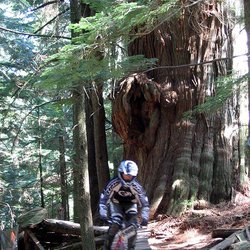 is that in Nelson?

Posted by: bingobus
Don't forget Lower Executioner flattening too, that was half gutted the last time I rode it.

I always wondered where some of the Executioner features went, I stopped riding it for a few years and when I went back it seemed different. Guess that's been explained.

I can answer that one. I was the permit holder for Executioner when the re-route on Lower Executioner took place. The big bridge crossing at the top of Lower Ex was in need of replacing and it would have been a huge expense given the standards it would have to be built to (helicopter materials in). The DNV consulted with me and we agreed there wasn't value in it as after crossing the bridge the trail went fall line, then crossed back over the creek. I flagged a route staying on the east side of the creek and initially had intentions of building it "old school", however that didn't pan out for a number of reasons. I admit the re-route doesn't fit with the flavour of the rest of the trail but it does add some length and you still get all the fun gnar on the lower 2/3.

As for stunts disappearing on Executioner, those were the remnants of Bitches Brew and were already past their time. They got pulled out when Executioner & Bitches Brew were amalgamated in 2011.

Upper Digger is one of my favourite trails on Fromme. Cleaning it at speed is a rush I don't get from many other trails around. Bookwus, Grannies, Crippler, Boundary, Upper Digger, these trails all need some sort of historical status that won't allow them to be altered.

Thanks for posting this up. Not mine, but my buckets did go missing from Executioner in the past few weeks. To anyone who stumbles across tools - no matter how old or crappy they look please don't take them, they are likely being used. Carry your own tools up because it really sucks to go for a day of building and find necessary equipment missing.

I noticed this on Saturday while hiking by and initially wondered why it had been vandalized. The breaks of the arm rests were jagged, unlike a saw cut so my next thought was a tree may have fallen across it, there's also a dent in the bench seat rails. I didn't notice the missing plaque though, and your pic shows a piece of the missing arm rest on the bench, and there was no sign of debris from a fallen tree so I'm not sure what's going on.

Hopefully there's an explanation aside from vandalism, I can't imagine anyone destroying something so meaningful in such a special place.

Getting a canopy tomorrow for my Frontier kingcab after 7.5 years with nothing over the bed. Never wanted a canopy but finally decided I wanted more storage room and a camping setup. Plan is for a NSR4 for the bikes, will see how it goes.

The upper 1/3 of Executioner is a mess, best to avoid until things have dried out.

Hit it up yesterday. I can't speak for the very bottom of severed but down to shorn scrotum someone had been making good use of a chainsaw recently.

or he had earphones in and didn't even hear you, then 100' down the trail realized you were Buster Bluth

I wouldn't waste time sifting for a regular trail surface, building takes long enough. A good example of the benefits - here's a stump drop with a dirt topped ramp that wasn't sifted. Looks great here new, but after the dry weather this summer the top was a layer of pebbles and will need dirt replaced.

The other 2 sifted dirt projects we did in the above posts have had no issues.

The dirt screen is collapsible making it easy to carry. I used PVC pipe and didn't glue the elbows so just knock the ends off and roll it all up together. The hardware cloth screen is wrapped and zip tied to the sides. I added short pieces of screen to the ends to try and keep dirt from falling out, it works well enough for the trade off of being collapsible.