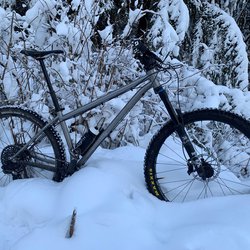 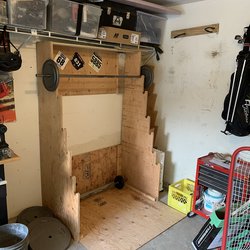 Can you provide your height details etc. and maybe the reach of the bikes you have come from? Interested to hear your take and how much longer this is than your daily rig.

I am curious but not convinced on the massive reaches on some of these bikes.

The honey badger is saying no to conversations with Guenther Steiner about a seat at Haas next year. He is also saying no to a possible Indy car seat. Next year may find him working for ESPN. What has happened to this guy? He has lost his mojo & cannot get it back. One of the best passers in the field on his day. His win at Monza in 2021 seems so far away.

I imagine he is on all the old gear now and testing out strategies for the team etc. but yeah. He sucks in that McLaren. Maybe he has something better lined up than Haas. If the rumor of reserve at Merc is true that would likely be a better move than Haas. Turn some good lap times here and there and get the fire back. Surely Hamilton will become full time Fashionista in a year or two.

Australia is high on the DUI list as they have WAY more enforcement that Canada. You are literally guaranteed to hit a breatho leaving downtown on a weekend night / morning.

I'm surprised Canada is on the list at all as there are barely any roadblocks....

Wow.... Even if you are not a cyclist the lack of understanding around an issue for people in your district, and the ill thought out response here should be of concern to everyone.

It makes it clear that the only issues worth tackling are the ones that immediately effect him.

As a Blueridge resident, I do not support making the area resident only parking (and yes, I live on a street where visitors park to access the trails).

I would like to see the spots at the top of Hyannis Point right at the trailhead be designated as accessible parking spaces.

It would also be great to see creation of "hubs" like Squamish has, with washrooms, tool stand, bike wash, etc.. that encourage distributed parking

Funny that there is no mention of baseball in that report..... Just trail users? My kids both play baseball and that field is at least 20 cars per game back to back on Saturdays throughout the spring...

I never drive to that trail head but always drive to Baseball...

A lot more of all candidates responses to Hub's survey in the link above.

Also a bunch that did not respond...

Some councillors are generally "associated" with one Mayoral candidate? Is that information available anywhere? It is not immediately obvious in many of the bio's I have read but something that I'd like to know.

Anyone we should not vote to council as mountain bikers?

Here is the article I am talking about - https://www.pinkbike.com/news/mathieu-van-der-poel-pleads-guilty-to-assault-after-altercation-with-teenage-girls.html don't know if you thought I was talking about a different one.

Pretty sure its been sanitized as I took another look out of dumpster fire curiosity and still didn't find anything other than some slightly off-side roadie jokes..... got bored after a couple pages though.

Yeah, I think they must have cleaned it up. or I didn't read far enough down.

In my opinion reporting that it was girls specifically is digging for controversy but that happens in every single media outlet. What difference does it make? Would people be ok with the result if it were 14 year old dudes? Plus anytime the word assault and female are together in a headline everyone assumes sexual assault as well, adding to the clickbait.

I can tell you that at 14 I knew loud and clear that if you push some people enough there is a risk of violence....not condoning it but as a male you need to learn that very quickly.

This type of journalism reminds me of the teenager that was assaulted on lower Lonsdale earlier this year. He happened to be a skateboarder and was knocked out by and older man, maybe 60ish from the photo. For 100% of the article the NS News referred to him  as "the skateboarder" instead of something benign like "the victim", or "the teenager" etc. And teh perp was referred to as "the older man" and i think even as the elderly man in one version..

The comments online, from primarily adult female commenters were pretty consistently "I'm sure he deserved it" or sharing instances where a skateboarder has disrupted their day and it was "about time someone stood up to these skateboarders". Completely different incident but exactly the same BS journalism.

What difference does it make what group of people you are associated with or identify with etc.  It's either assault or its not.

It's official, Latifi is out after this season. I think de Vries out-doing him in Monza (which was de Vries' first ever F1 race) was the nail in the coffin.

JV is hilarious. Most of the time I agree with him.

Funny as JV's career wasn't dissimilar to Ricciardo's. He was awesome in the right car but made a bonehead move to an unproven team and barely scored any points.....

Doesn't seem like Toto's technical directive on the alleged "flexi floors" slowed down Redbull all that much......!

I think this is the fatbike dragster-cruiser thing that buddy hammers past me on most mornings....

Says 32km/hr as max speed but his does waaaay more than that.