I had the Z1 FR SL which were the QR 130mm cousin of the forks in the article.

I rode them for 3  years or so including one summer where I spent the whole summer in the pointy bits of Europe. I got them to work acceptably well but OH MY GOD they were a pain to set up.

2 different shock pumps, a odd female to male adaptor to access the valves, I think an extra chamber that you had to remove the lockdown (not lock out, lock down) lever to access also vaguely affected the rebound damping. No Compression damping adjustment.

A less patient man would have thrown them into the sea!

They were replaced with a Rock Shox Pike U-Turn 454 which was better in every conceivable way.

That is lovely!  And as a fellow Banshee owner (I went with the slightly more pedal friendly Prime) I know how great they ride!

Beat me to it!

I also know that at my "SLX not XTR" level budget I need to favour strength over weight when making component choices, whereas someone who is lighter might not.

Where things get tricky is where you have someone who is quite slight, rides hard/clumsily but doesn't have a big budget.  So teens then...

I have the Ride Concepts Hellion Elite (the ones with the same stickier rubber).

First flat experience for me but I don't have any complaints about the grip on DMR Vaults or HT PA03A pedals.

You have to actually lift them off the pedal to reposition on Vaults. Bit less grip on the HTs but still sufficient for me.

The last 104BCD (and maybe the odd BCD Pre-direct mount) Shimano Crank Bolts were Torx T30, so that's probably why they have the T30.

Dunno about the T40.

Isn't that Chromag grip the Wax not the Square Wave?  That aside, those Wolftooth bar end plugs look great for those of us who seem to lose cheap plastic push in plugs on a monthly basis.

The 2 lubes mentioned here aren't really freely available in the UK in bikeshops or online bikestuff sellers. Though google says  a couple of places sell dumonde tech, so I might give that a try at some point.

What seems to work for me is White Lightning Epic using a slightly more generous application than the Sedulous method but with all the associated wiping.

Finish line Green, I maintain, is only good for dribbling down full length cable outers.

I don't think you can buy actually buy F6900 LLU bearings separately and I would be surprised if that is what is in the kit Banshee sell. LLU is the type of sealing.

I have ordered some F6900-2RS Enduro bearings (2RS = 2 Rubber Seal) which seem to be the best, and aside from cheap generic bearings, the only option.

Yeah, I have routed as per over the top of the BB, seems fine.

Danger of having it under the BB is rock strikes.

The prime had some clear protection tape on the link.

I put some All Mountain Style Frame protection stuff on there as well just to be safe.

What’s the frame and fork?

It does sound like it's a preference thing but that I am not that far off. I definitely do not like the feeling of the front end diving or riding low as I feel pitched forward, and with all things suspension it's a trade-off of factors so getting ultimate plushness with mid-stroke support/ride height is a never ending game. As I said overall I'm happy, my hands have only felt beat up on a few really long descents which are unfortunately not common for me these days.

DC: I'm gonna go from 4 to 2 spacers for a ride, then zero, while keeping same/similar air pressure and see how the fork rides. Will update as I tinker.

I set my suspension up so it feels "right".

Normal rides I'll have 15% left in the tank, smashier rides I might bottom out/nearly bottom but if I have bottomed it out hard it generally means I have gotten something wrong!

For the UK winter (which I think is similar to coastal BC i.e. not super cold but generally fairly wet, 100% Briskers are the defacto choice.

I've finally figured out how to post pictures... So here's my hardtail

We are one Insider Carbon wheelset with DT350 hubs 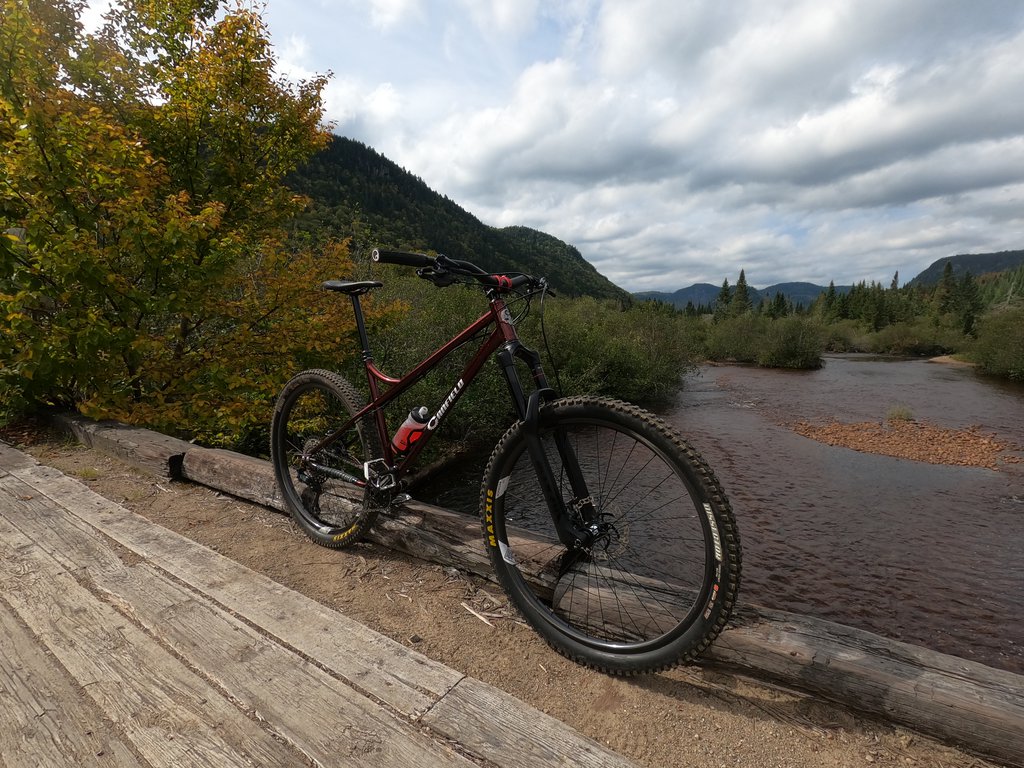 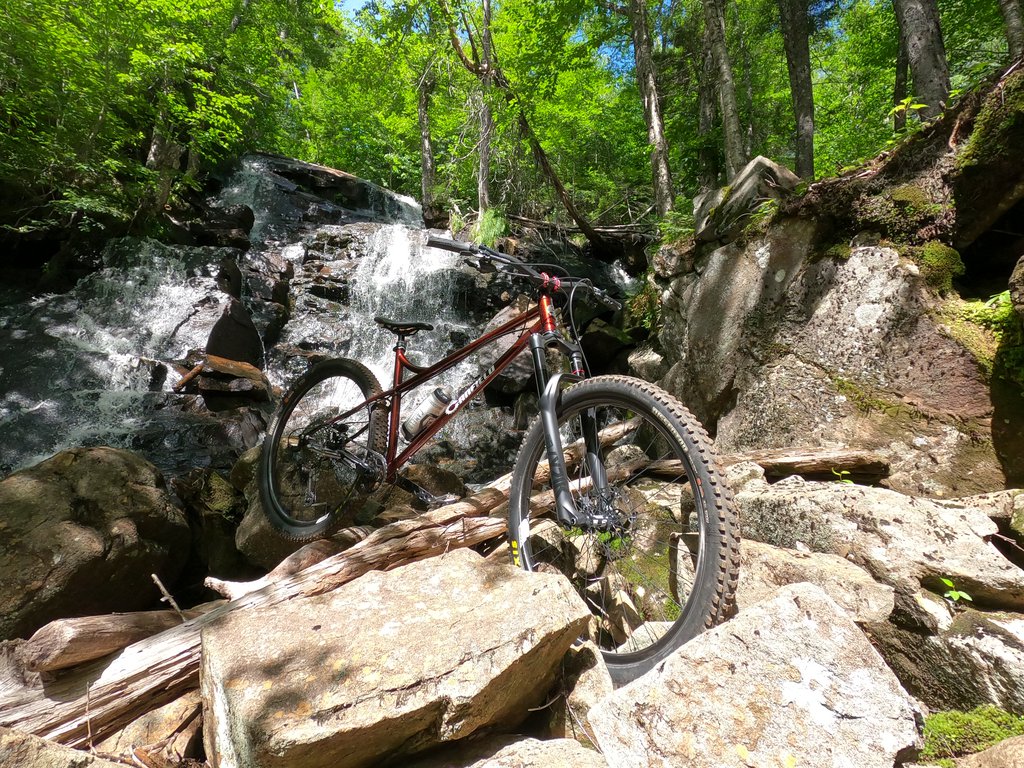 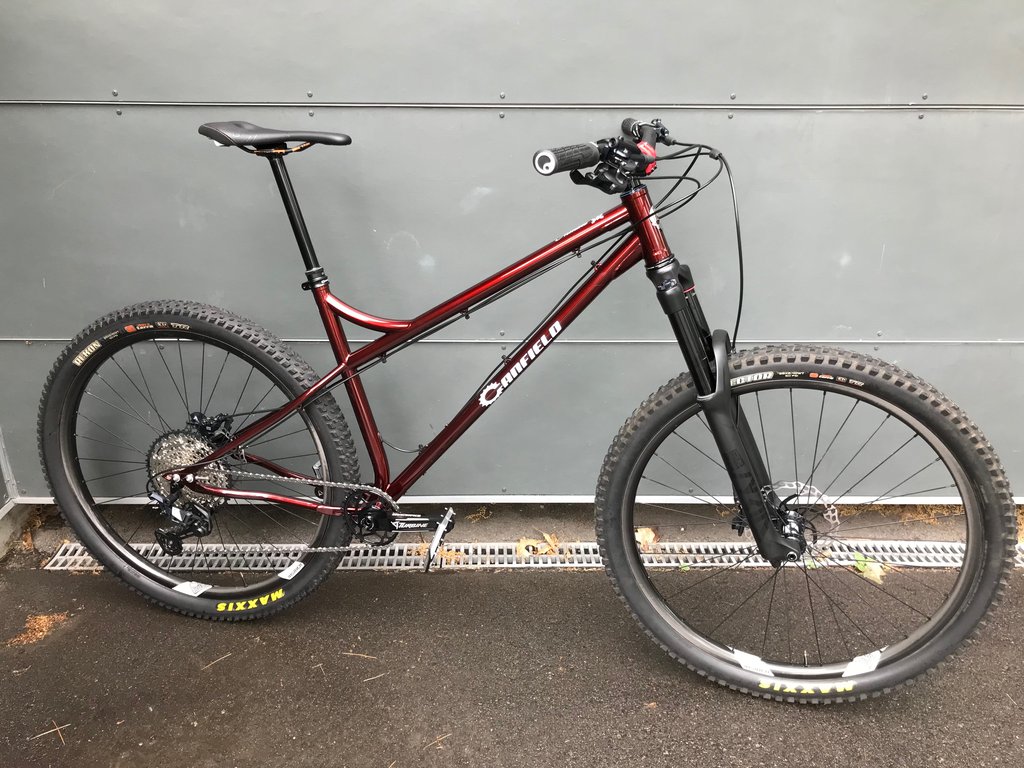 Careful with the dropper cable, there is a sharp bit somewhere on the inside of my frame (suspect in the seat tube)  and it did a number of the cable outer when I pulled the seat post to regrease it.

Apparently this is not uncommon.

She built, shout out and thank you to Zac Smith for popping over last night and helping me set up the Dominion brakes. Only thing left is to install the dropper. 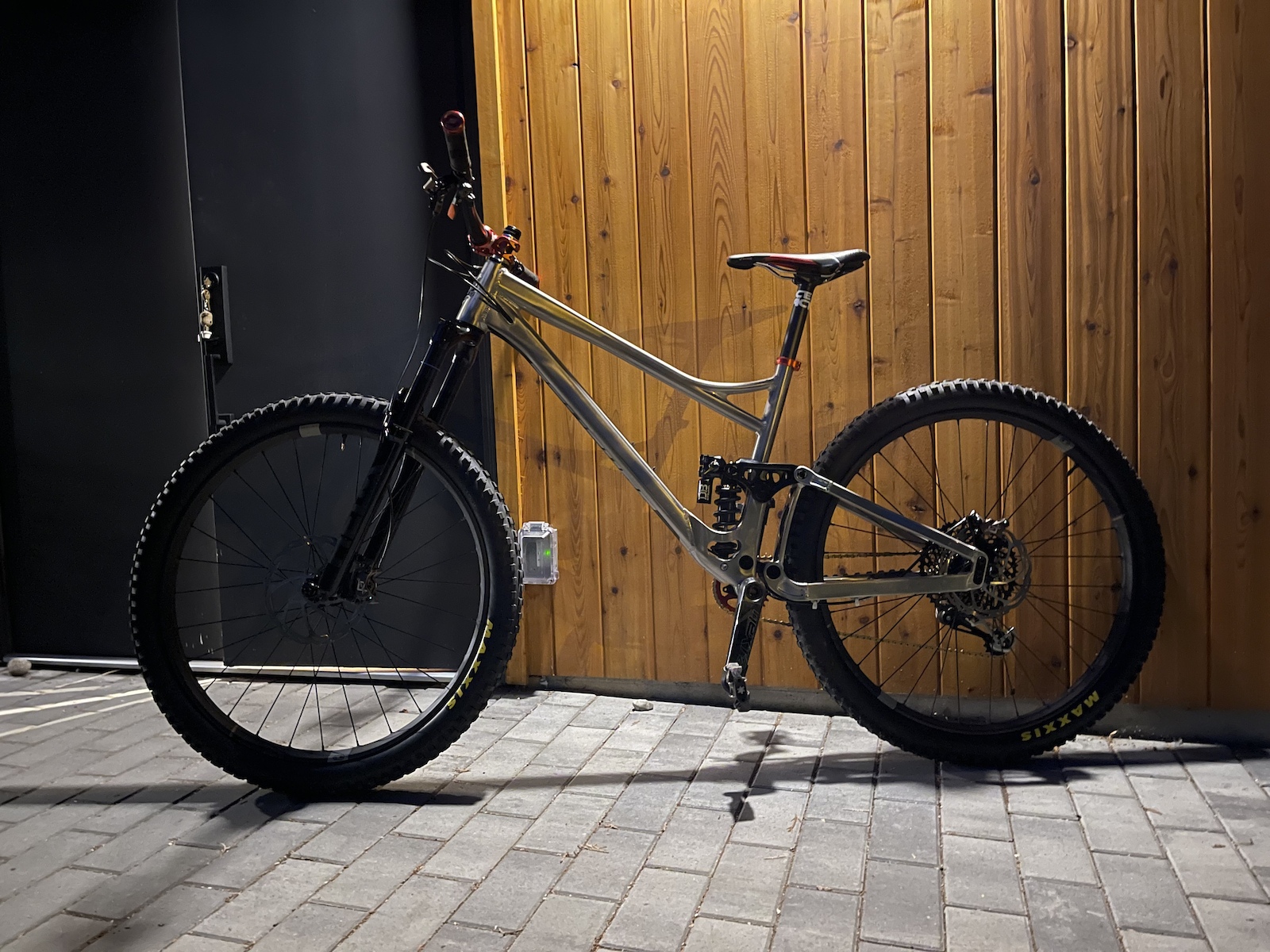 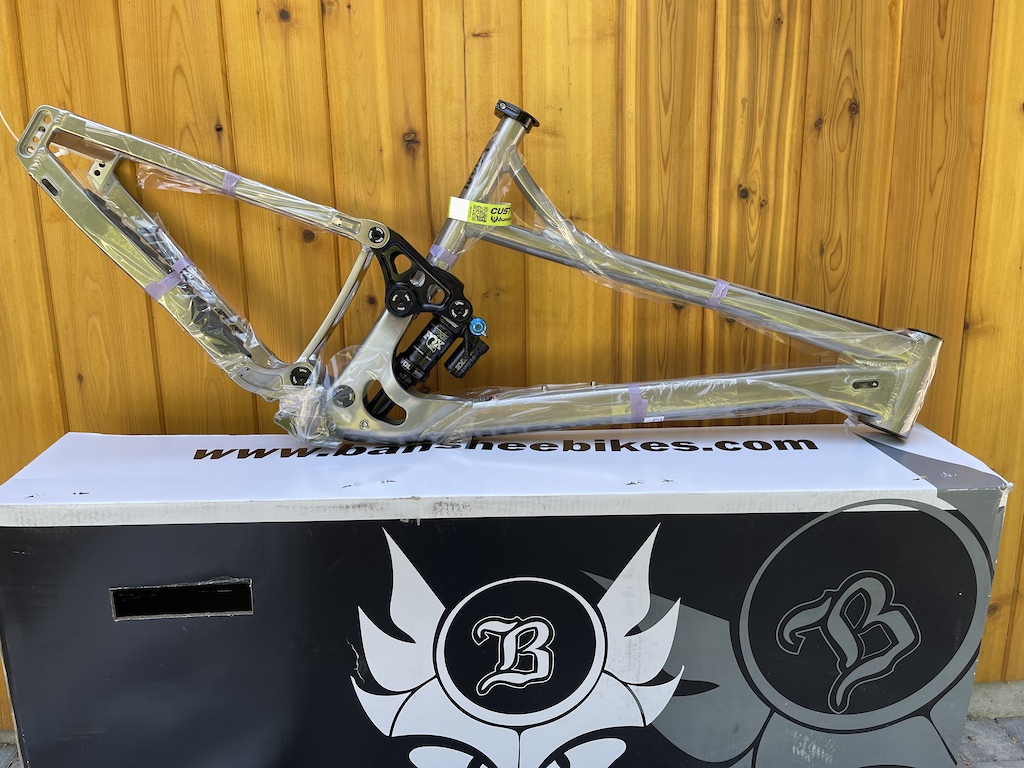 Just waiting on the CC Kitsuma Coil shock to clear customs and be delivered. Build will be Cane Creek Helm fork, Kitsuma Coil rear, X01 mechanical groupo with Hayes Dominion brakes and RF crank. ¨Photos of the build to come in a couple of weeks once I've had time to put it together. With the long days, I'm really enjoying evening rides on my Banshee Titan and Knolly Cache and not wanting to spend less time riding in order to build the prime.

I’m a proud Prime owner and I’m thoroughly impressed with mine!

You’ll find my build on a previous page of this thread but it’s a sort of between your Titan build and Prime build as it’s my one bike.

Your shifting won't be perfect on the kits that don't allow/require re-dishing, especially on 12 speed, which is really sensitive to position and b-screw setup. This is because it pushes the cogs inward a few MM vs spec.

The workaround for this is to space your crank or chainring inboard 3mm to compensate (if your frame had the clearance to accommodate), the system doesn't know the difference and you preserve the chainline as designed

That sort of works but then you run into the mech being right at the limit of it limit screws.  On the 11 speed set up I did, with the limit screw all the way out i couldn't get the mech far enough inboard to shift to the biggest cog on the cassette without moving that spacer.  Not all shimano mechs have this (I know one of my 10 speed ones does not) and I have no idea about SRAM.

I have "boosted" 3 old fashioned wheelsets this year as we have had an influx of fancy new frames into my house hold.

Hope Pro 2 Evo (rear only) using the Hope Kit.  Neatest solution but didn't play well with 11speed shimano without moving the B link spacer to move the mech inboard by 5mm or so.

Novatech something or other hubs, I used generic "boost" spacers in "find easily in grass" bright blue.  Also worked fine with 10 speed.

I have heard of people supergluing boost spacers to hub end caps and they aren't snapping off which suggests the loads are going through the axle and into the bearings rather than through the endcaps.

Looking at https://chromagbikes.com/pages/bike-archive they revised the Stylus in 2016 and 2019, that's not to say they didn't change the spacing between those times.  Should be relatively easy to measure the spacing.

Looks like a Banshee and an Evil had a baby! I mean that in a very good way!