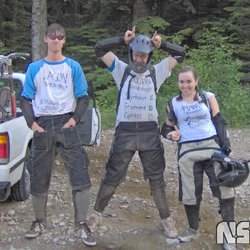 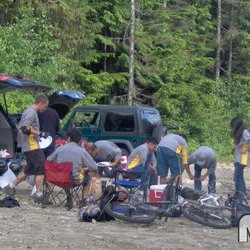 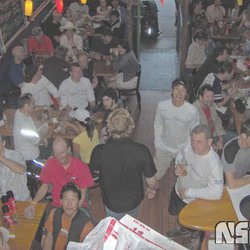 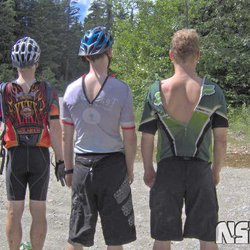 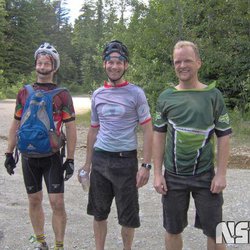 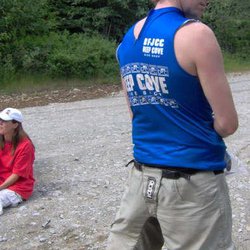 Heading down to Finale Ligure in northern Italy on Dec 25, returning on Jan 1. Prepped my VW Touran so I can sleep in it, bike on a rack, got a new sleeping bag (Carinthia Brenta) and some nice Merino gear as well, not to mention an entry-level DSLR (Canon 1300 d) to get some decent images finally.

SO looking forward to this. Always wanted to go down there for some riding.

Feels that life is on an upswing.

Wooptydoo. You deserve an upswing to go with your great attitude. Happy Christmas.

why was coming back a huge mistake?

We aren't set up as a share space.. but have considered it if you're still looking. Have LOTS of quiet private or semi private space at our offices in Vancouver.

I went skiing tonite-first time in 2 years. Tweaked my knee, though.

I went snowboarding for the first time in 10 yrs last week.. went WAY better than I expected.. other than tweaking my head.. hard. Invested in a helmet and I'm addicted again. Planned to work over the holidays.. new plan is to ride everyday instead. ð
Anyone who wants to go message me.. or yell if you you pass over me on the lifts.. I'm the one squealing and giggling constantly.

Maybe a harsh way to put it… but I really have to wonder if the majority of those living in the DTES actually want to live.

If this were an option here, would some choose that over playing russian roulette daily with drugs? I will admit it's part selfishness and annoyance, but also a large part that I can't imagine the pain, misery and suffering they go through, that makes me think we'd all be better off if we didn't keep "jump starting" them. Maybe if they had that choice, they'd take it consciously rather than draining our system, city, and themselves.

Nothing to stop any of us from leaping off a bridge, and if I ever felt that way, would prefer a safe, peaceful, planned end.

When stuck… ask nsmb.
Can anyone recommend someone to finish a small construction job? Everyone good is booked, including our guys now since our materials were delayed. Hoping someone is willing to work an extra job for Christmas cash.
What we need: small section of concrete sidewalk cut out to open up outdoor stairwell, paneling new opening, installation of custom security gates, wood framing for new storefront, and installation of new interior and exterior doors. Bonus for drywall tape/mud, but not necessary.
Could all be done in one day for 2 guys that know what they are doing. We can provide direction, but need more than a handyman type.
Thanks and happy ho ho!

A Ferrari is more expensive than 90% of other cars. If I can't afford one.. I need to accept that my Mazda is reliable and suits my needs.. not bitch that a Ferrari is out of my price range.

I've been able to sleep (and do anything else I feel like) for the first time in over 20yrs since my daughter is all grown up and has moved out.
She's happy.
My puppy, who was born with congenital kidney disease and had a 6 month prognosis just turned 2 yrs old. She's seriously the best dog ever. :)
Only 46 days til the days start getting longer!

Note I said those who feel they deserve a single family home. Those yelling the loudest about lack of affordability typically ignore the lower priced neighborhoods, and reasonably priced condos and townhomes.
Nowhere did I suggest CDN citizens be displaced… however if they don't want those reasonably priced residences (that btw the "rich foreigners" are not buying up either), then yes, they should look at relocating somewhere they can afford a detached home.
Being a citizen doesn't entitle us to owning a fancy home in the nicest city in the country.
Just the same as I don't see those moaning about lack of empoloyment being caused by our immigration policy taking low paying jobs. They do seem happy to be served starbucks and mcdonald's by those same people who "took" all those jobs that they are too good for.