Just reread this article as I  am considering going back to a hard tail after 15yrs on duallies. A chromag to boot. So to continue, how was this thing on the steeps? How bout rock rolls and such? Little apprehensive but it is something I have been considering the past few seasons. It will be my one bike.

That was great. Hope to see more of these

Thank you very much 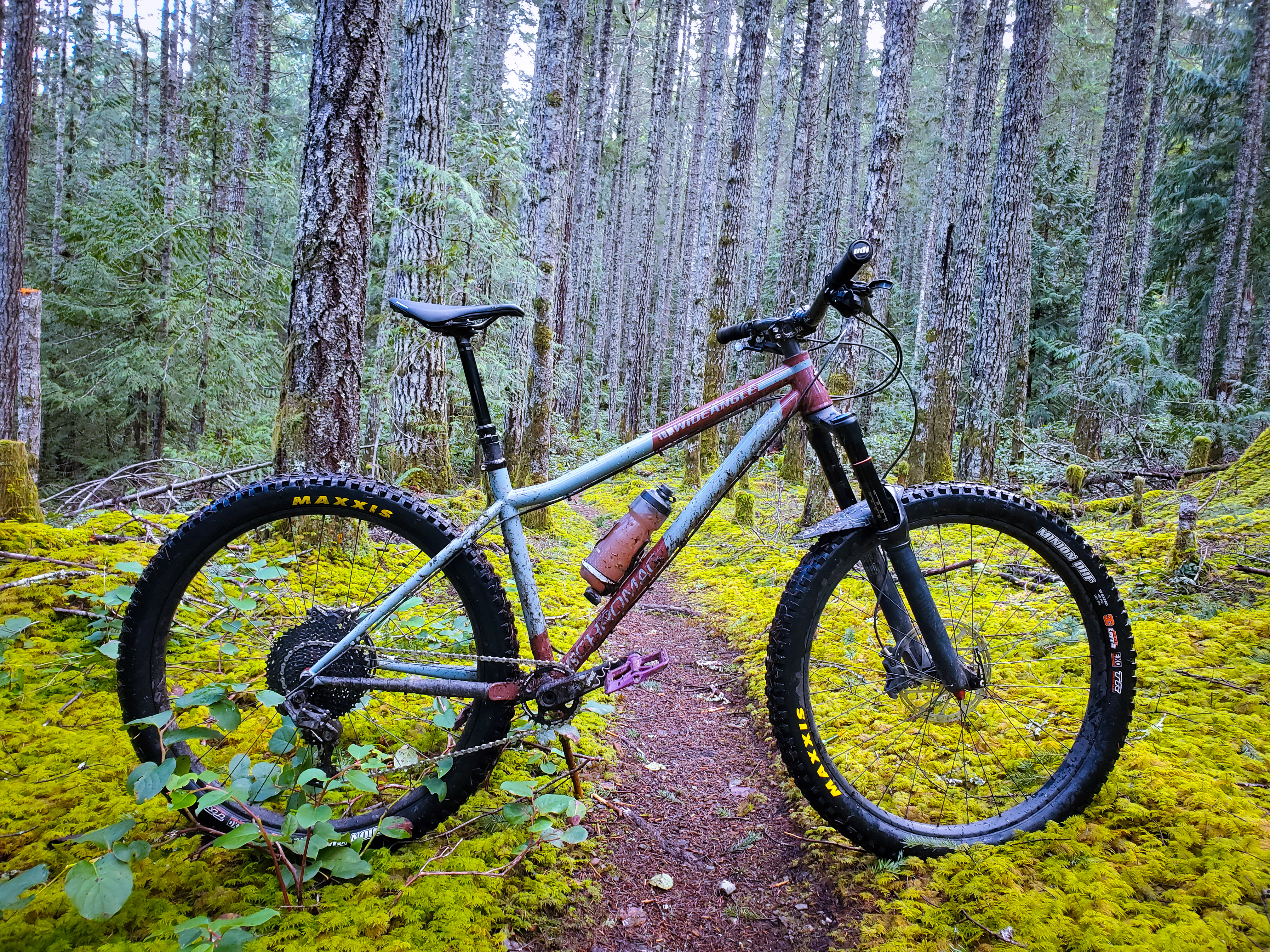 Still rocling my Chromag Wideangle for the 2020 season. 160mm Pike, 36mm rims with 2.6 Minion DHF.  Super fun bike. I just rode it and left my fully at home and I have really picked up the pace. So fun to push the limits.

That's a nice rig, what year is that?  Looks like pretty modern geo with the steep seat tube angle?

2018 Wideangle. Modern geo but I wish the HT angle was more slack.

Angleset would work on that to slacken the front end?

I have a -2 degree headset from Works Components on my ‘18 WideAngle. Made an already fun bike an awesome bike. Slackened the head angle, steepened the seat angle.

I put on a 50mm stem in place of the 40mm to counter the slightly shorter top tube length because of it.

Looking for the same thing for my wide angle. Which headset did you get exactly? The works site is confusing

It has a couple sketchy sections. Some old rotten stunts. But for the most part old school single track. I’m on devinci Troy. No problems

Kal park a must. Keep climbing from stone free up Pali gap and come down big ed.

I go out there a couple times a year. In laws are in Vernon. Pali gap could be considered(hate this word) epic. Don’t realize the terrain right behind Vernon. Can’t see it from the lake.

Nod for Ellison as well

I have ixs flow Hans rey (I think the only difference from normal flow is the grey color but not sure).

They stay up well and I generally forget I even have them on. I was right between L and XL, I bought L and am glad I did. When I first out them on I was sure they were too small, but after a few rides they were perfect. Have had a few awkward low speed crashes riding over features that would have resulted in a limp and bruised up knees for sure and they have done a great job. Also one high speed front wheel slide out that would have cheese gratered my knee and shin for sure and worked great.

I guess I mean to say try to buy whatever size feels a little too small initially. They will break in.

Sidenote - I bought mine via Amazon and later noticed Dunbar had them in stock for about the same price. Hate it when I do that!

Nailed it on the sizing advice

I picked up some ixs flows. Love em. Don’t even notice they are there

I looked around for the past 6 months new and used and just picked up a 2017 devinci troy eagle xo all the good stuff. Love this bike coming off a 2011 enduro!

Gwinn had a bobble in a stupid spot and lost 3 of his 4 pulled from somewhere seconds.

Was a great race. How Gutierrez made up he time on the lower section was unreal