On the REEB? A 32t doesn't seem that big with an Eagle cassette.

What size is that.  And how tall are you ?

Is that colour custom 'cause I don't recognize it from their web page? Chromag sent me a pfd of their 3 new WA colours for '19 and they don't look anything like that.

My Wideangle. Been on it for a couple of months and loving it. 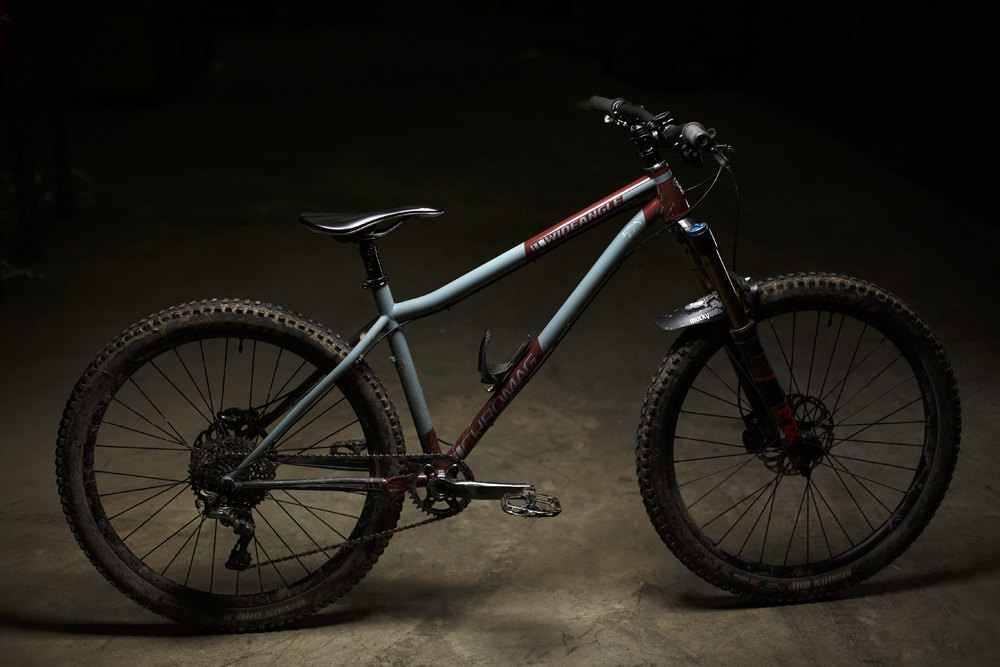 Whats up with that box shape in the middle? Ruins it, kind of.

It's where the magic happens.

Re: How did it come to this?

So are the tires you got for the truck like the 2nd to best offering from one of the top tier tire manufacturers? Or were they just cheap tires?

Posted by: pedalhoundLong droppers are not an answer. The longer the seat post, the longer the lever, the more stress that puts on the frame, the further back the saddle is...just so many bad trade offs for short ST's....ugh...

Couldn't disagree more. Running a 185mm Bike Yoke Revive on my bike currently and wouldn't trade it for anything.

Re: My YT Canada experience

It's really irrelevant what the exact issue was, just what it took to address the problem. Sounds like a nightmare.

If the society (notice I didn't say country) wants to truly affect change, they/we need to seriously address the root causes of mental illness and figure out how they/we have gone so far off the rails.

This shit didnt happen 50 years ago...but the guns were still there. why?

No matter the circumstance, my motto is never blame the tool or machine, rather the operator. We've developed a subculture of hopeless, desperate people. How do we turn that around? That is what we should be demanding answers to,, not going after makers of small arms who are only protecting their business interests. Guns will always have a place as a tool. Movies have made the black ones scary for non gun owners....its time we focus on repairing the operators, not the tools.

There are twice as many guns in the US than there were in 1968 - 50 years ago. People with mental illness are no more likely than the general public to be violent, but they are over 10 times more likely to be the victims of violent crime. We have similar mental illness rates (in the US) to other industrialized/wealthy countries, but a gun violence rate that is 20 times higher. As for blaming the tool, I think it's fair to consider a tool with a single purpose (killing) being used properly (to kill) part of the problem.

I have a 185mm Revive with about 500 miles on it. Flawless so far and super impressed with the build quality. If it continues to work as well as it does now it will be the best dropper I've owned - including KS Lev, Fox Transfer, Reverb, and Thomson.