Is now a complete story. Here it is so you don't have to scroll up.

wheeldrop and the Trespasser@crankworx NOW COMPLETE!
This trail needs some love but it is by far the best trail I have ever rolled. This trail is not for the faint of heart or anyone who has regard for their personal safety. First thing i noticed was this trail had loam as well as real dirty, rock rolls, tight technical gnar. This trail has experts and pros asking themselves the question, "will i survive? Will i make it?"

The first person i thought of was my good ol pal Wheeldrop. Would he like this trail? Would he be scared and beg for forgiveness from the mountain gods for claiming that it was all getting a little too tame? I pondered this for a week or so as I recalled how under gunned i felt the first time i rolled it on my single crown Demo 7. My friend's words echoing in my brain "You may want to roll this on a big bike". I said "Nah, i can roll this down anything". I almost ate my words that day, but cleaned 90% of the trail with only a few stains in my shorts.

Bam!! Crankworx unleashes on Whistler. The park is now blotted with racers, tricksters and hordes of punters who want to taste a little slice of heaven we all take for granted. The dirt and conditions on most of the trails are punched,typical for the time of year with very little rain granted by the gods,dust clogs our pores and tempers flare as the trail system swells with punter congestion.

It is the day after slope style competition, first place taken by cam Zinc,the day of the dreaded Canadian Open, a grueling race course that changes peoples lives, some for the better others for worse.

I decide this day of all days we will escape the crowds and me and my 09 flatline with overhauled suspension by the boys at the Sram tent will go for the good stuff. I pitch the idea around, [HTML_REMOVED]#8220;Trespasser anyone[HTML_REMOVED]#8221;, my friend Jesse and guide of this wonderful trail,opts out for the promise of a sweet canoeing trip with his lady Dom and cooler temperatures and beer,my usually fearless brother has a sick look on his face like i kicked a puppy. He claims he[HTML_REMOVED]#8217;s out, looks like it[HTML_REMOVED]#8217;s going to be Wheels and myself. Determined we approach the start of the journey,out of the corner of my eyes my bro pins it around the corner a change of heart.The three little pigs reunited. My bro sporting the new Go Pro high def cam,looks like this little epic ride is going to be captured on film. Now all thoughts of Wheels bowing for mercy to the gods of the mountain are erased,this feral jungle cat was made for this,he shows no fear and uses the force,he is a Jedi,as we scream down the mountain fueled by fear and adrenaline we Trespass.

Wheels now looks at me at the bottom and exclaims that he could ride that again after lunch. My brother pulls the shoot. We had lunch and jumped in the river and hit the chairlift. We bore witness to the hoards at Heckle Rock as the racers pinned their way down,we got amped by the sheer energy and vibe of the whole scene as the mountain echoed from the packed sidelines of the carnage vultures hooting and shaking cow bells.This was what we needed to charge us for our second decent into the gnarly abyss of Trespasser.We pinned it down,relishing and savoring every steep,rock roll and root filled crack it had to offer. I came to a realization after that being my third time down. That new is what is scary and when it[HTML_REMOVED]#8217;s not new it[HTML_REMOVED]#8217;s just instinct!

A shout out to all the athletes who threw down in the last week,those that gave their bodies and pushed it, props boys and girls and healing vibes to all those who suffered injuries heal quick.

So where is the footage ? Half of the people on hear will not believe it.
I got to lead for a bit tough when you have never seen it.I can not stop thinking about the virgin panty dropping that day .Twice.
I told the boyz at Suspention werxs,looks like Arther rode that on his Nomad.Timmigrant did it in the wet.
Nice writing Puntor, Thanks Cam i think we got another author for Nsmb article coverage.

"Looks like a Canoe with the seats kicked out of it !"

Just because this pic is funny: 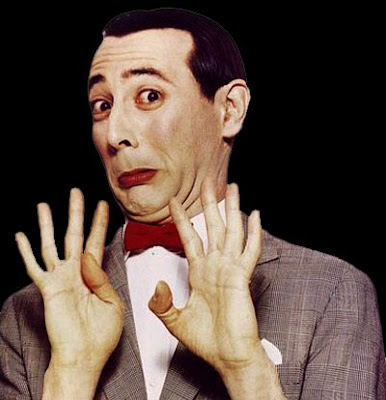 Like the story said,my brothers go pro cam,i will ask for him to post it.Do you want he footage to me banging your Ma? Or do you want that footage too!:fruit:

Wheeldrop, moar speed. And um you OK? You are a mad man but I already knew that! :lol:

Life is like riding a bicycle  in order to keep your balance, you must keep moving.

OWWY! I was suprised they left that jump there after crankworx. I'm sure it sent a few people to the clinic.

holy shit simon that was nasty! hope you're ok

can't be bothered to watch all the footage (but at least know where it is now) - in a nutshell - worth checking out?

in a nutshell - worth checking out?

not unless you're really bored, and even then…..

not so flowy that trail, or maybe it was the riders, some steepness for sure though….