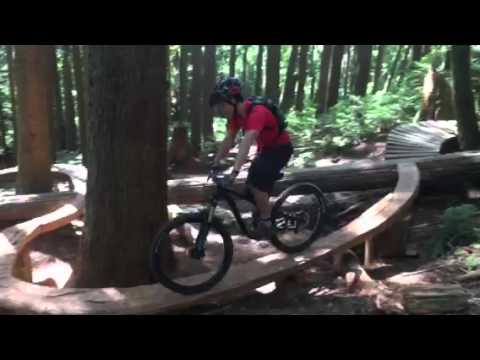 not sure why the vid quality seems like shit, it looks super crisp on my phone.

building by yourself can be really therapeutic, but unfortunately when you need a second set of hands there's not always someone around like a rider or hiker. in prep for getting the teeter running again i've had to make a few changes to the original b-line which included cutting out the end of the first log. this has meant creating a new support for the new end and having to lift up a 5000lb log. creativity to the rescue!

the first step was finding the perfect rock to act as the new base and prepping the ground under the rock. using a come-along i was able to get the rock to where i needed it. the rock is great in that it's flat on opposite sides.

next step was getting a lever in place to lift the log up enough to get the rock in place and put a temp support in so i could cut the log and then lower it down onto the rock. this meant lifting the log up a bit and then sliding a rung in a few times to eventually get the height i needed.

without a second set of hands i had to get creative in being able to lift the log up with just one arm while i used the other one to slide the wedge in. with enough weight on the end of the 15ft lever i was able to pry the log up using the yellow bar and just one hand.

with the log up high enough i was able to slide the rock in place and set it level so the log would rest perfectly.

then i slid a rung in between the rock and the log, pulled out the temp supports and lowered into place.

Finally found your thread! Stoked on all your work on the skinny drop and looking forward to all the other cool stuff you have planned. And thanks for filming!

In the next few weeks some changes will be happening to the trail alignment of Salvation. The B-line route that goes past and under the teeter-totter will be closing to downhill traffic. Riders coming in from the upper entrance will no longer be able to use this ride around to bypass the log ride with the drop off the end. Instead riders will need to use the new lower entrance which flows into the original entrance of the trail. As of today this new line into the original entrance of the trail is open and ready to be ridden. For riders who do not go down the log ride please start using this entrance to the trail. For riders who do the log ride to drop you can continue to use the upper entrance that was put in two years ago.

Once the new B-line entrance has been establised and riders are no longer using the log ride bypass that runs besides the teeter totter, the tetter totter can then be opened up to traffic. 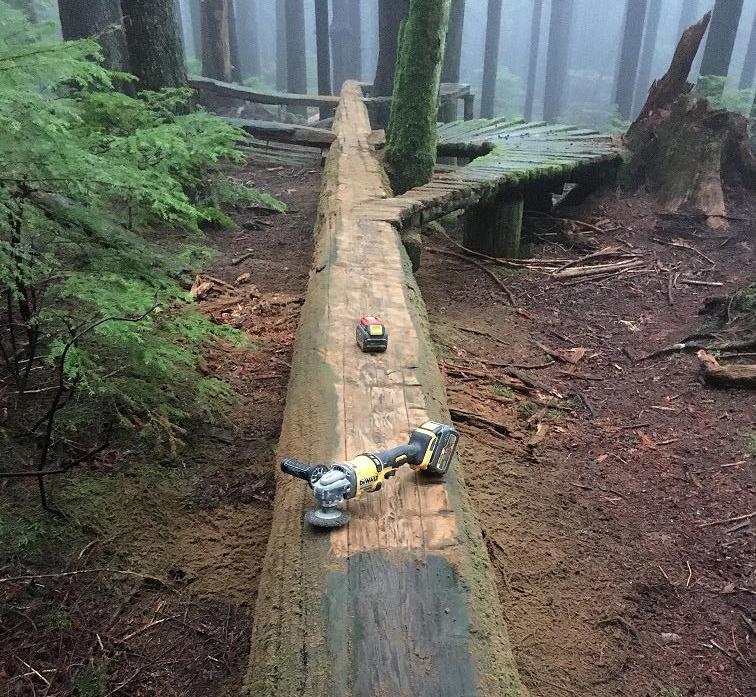 Spent a bit of time today making beams for some new trail work. 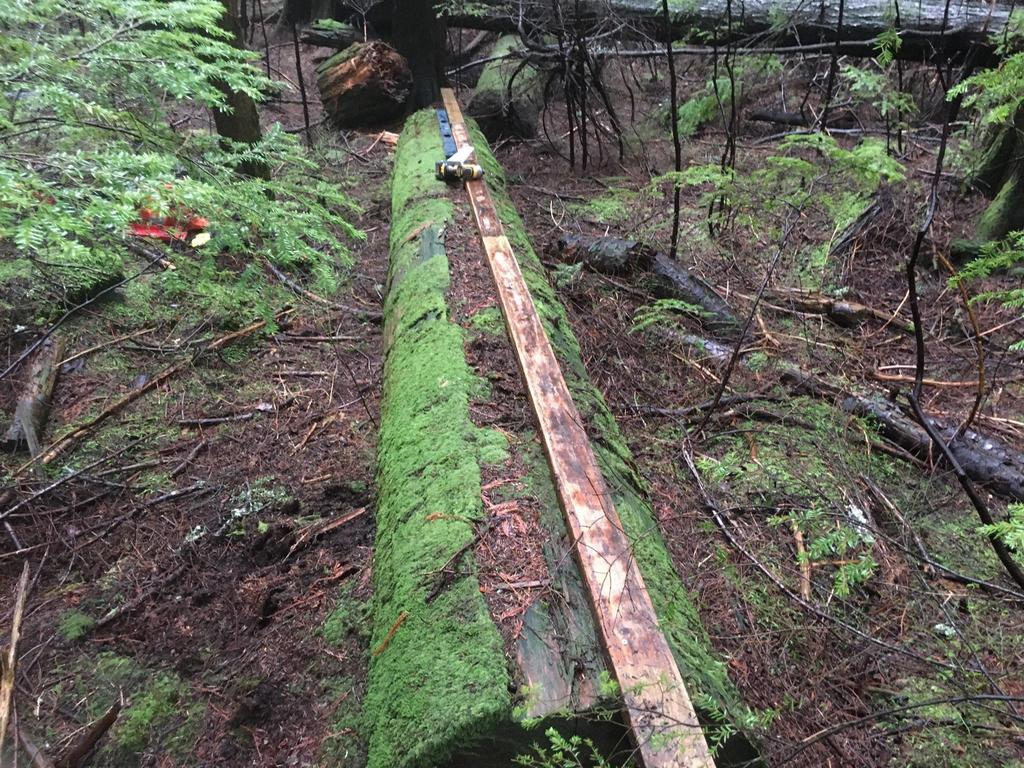 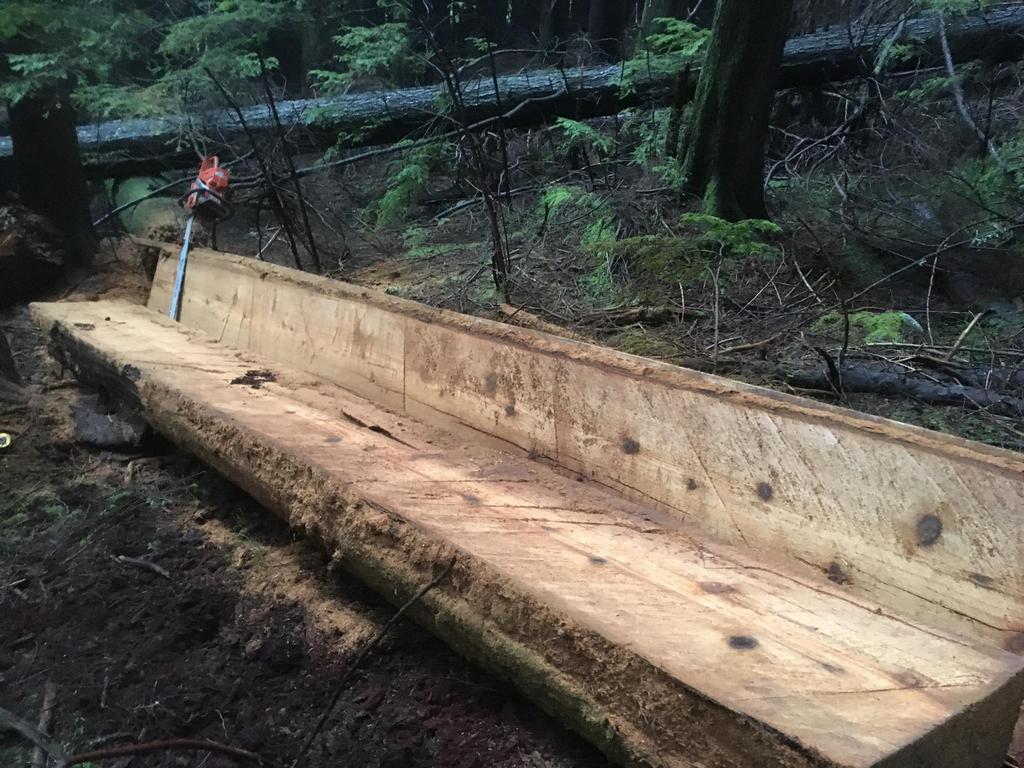 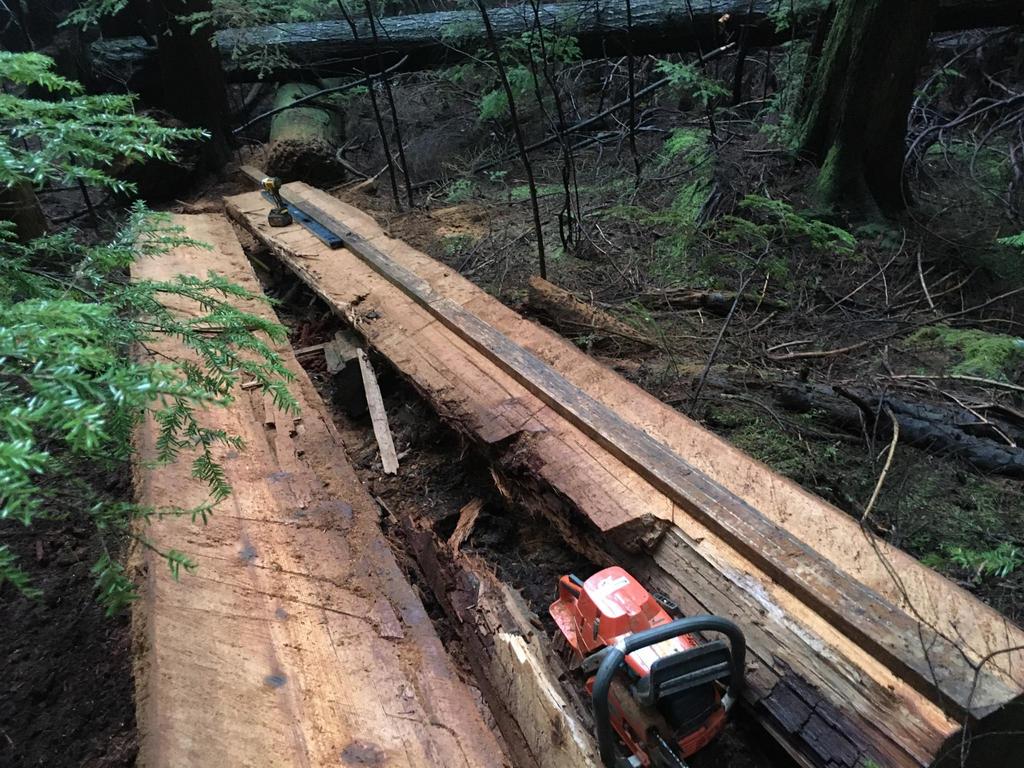 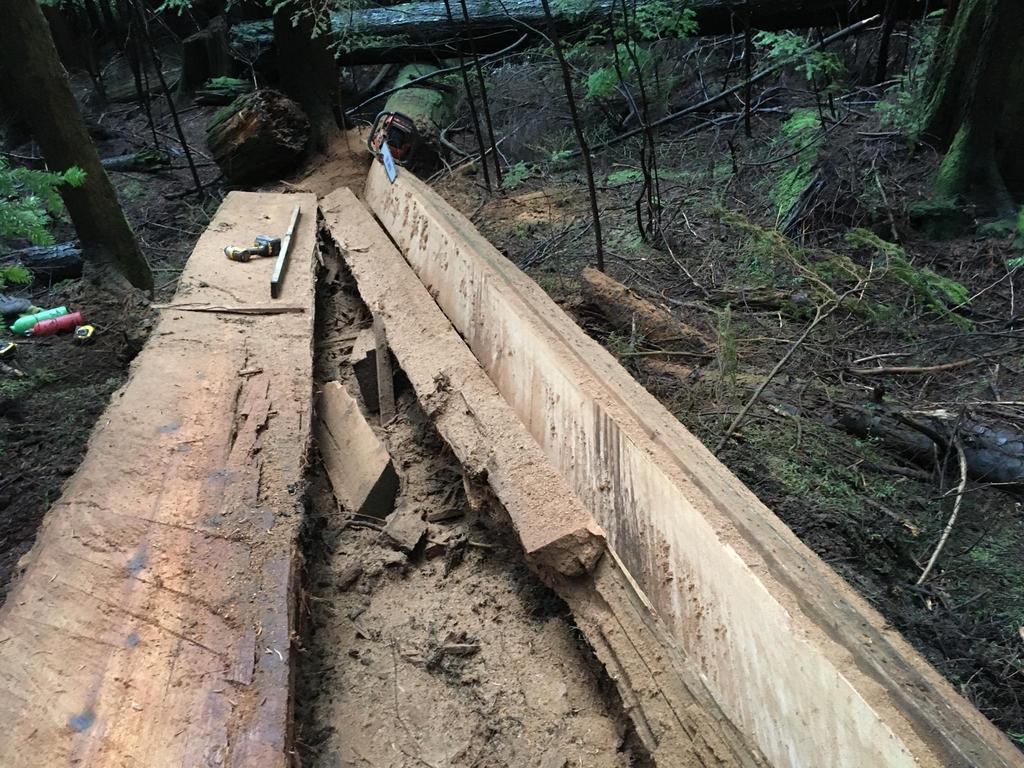 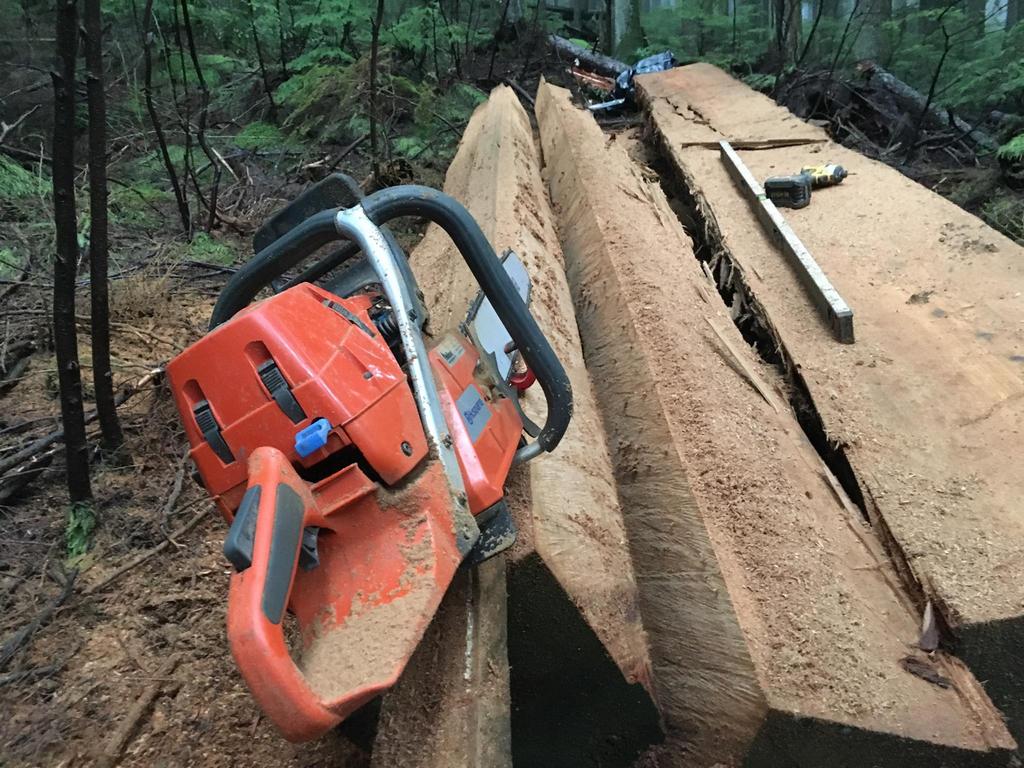 Think you'd be a candidate for something like this:

Good to see you're back out there.

Such a good trail you built and with just a little love it will be back to it's original full glory.

But it does look like you have something even bigger in mind.