This is not necessarily North Shore related but since this is where I ride the most it seems like the best place to post.

I've been back into mountain biking a couple years now and would consider myself a solid intermediate North Shore rider (I can ride most black trails with few problems and generally place close to mid pack when I do NSMBA Fivers )). I'm probably kind of old (sneaking up on 50), but I still really like pushing my boundaries and seeing if I can take my riding further.

In spite of working on all the usual techniques to prevent crashes, especially OTBs (riding lower / in the attack position, staying balanced or even slightly rear biased over the pedals while descending, dropping my seat and my heals, etc., etc.) crashes still happen. I'm pretty happy with the performance of my padding/ protection from head to toe with the exception of my hands. I long ago gave up on regular fragile bike gloves and have been pretty happy with the durability of Mechanix M-Pact work gloves but they still offer next to no protection against over extension (bending fingers backwards) or compression (impact to the tips of the fingers).

I'm currently off at least 6-8 weeks while my right 'pinkie' finger heals from a break in two places - the second time this has happened this year. As a family man with a real job this is pretty much unacceptable so I'm looking at anything short of quitting mountain biking - which is exactly what my doctor suggested the last time I saw him :( - to prevent further injuries.

At this point I am looking a modifying / re-enforcing some existing gloves or even looking at other sports gloves to see which have more protection (Martial art gloves? Lacrosse, dare I say even hockey gloves?!?) The other thing to look at would be taping my hands boxing style and maybe taping / sewing the outer two fingers of my gloves together to provide re-enforcement.

Has anyone else been down this road and come up with any good ideas?

Like you say crashes are going to happen. And when we are the ages that we are, we end up with worse injuries than we would have 15 yrs ago and they also take longer to heal. Ask me how I know.

If you are having finger issues that are not your pointer (single finger braking), I would tape the fingers together for added support. I’ve seen and heard of riders who ride with custom wrist guards. I’ve busted wrists and hands and fingers too - you are not alone.

But IMO the only reason to hang up the bike is an extremely bad head injury or a spinal injury. The rest is all small stuff. Tell your doctor to pound sand!

Besides taping like Ddean suggested there's not really a heck of a lot you can do. Any sort of glove or wrist guard that will give you the protection you want is going to compromise your ability to brake and shift. The only other thin I can suggest is learning to crash properly. You might not always be able to do this, but learning how to fall when coming off the bike can make a big difference in protecting your hands. I would say if getting hurt is that big of a concern then dial back your riding a bit. I can appreciate your concern as part of what I do is running my own reno biz, so if my hands don't work then neither do I. It's not like I ever considered myself an extreme rider, but I have cut back on the number of risks I take when out on the bike.

For the last month of the WBP I had to tape up my fingers on my left hand to ride.  Each finger got an 'x' wrap then I buddy taped my pinky to middle finger together.

I prefer riding without gloves, so it worked out for me.

@Ddean Thanks for the support! From reading about your crash in another post here at NSMB I know you have gone through way more that I even want to think about at this point.

I'm definitely going to be taping the two outer fingers of my gloves together in the future, possibly even with some additional support.

@syncro In regard to learning how to crash, I have been thinking about this a lot. I always thought I was pretty good at this, mainly from practice :), both on bikes and as a kid on dirt bikes as well as from some martial arts tumbling type stuff I did in my 20s. However, I keep wondering what I could have done differently in these last two crashes where I broke my finger.

In the first instance I had just ridden the big long optional shortcut exit log near the bottom of Seventh for the first time and was probably too focused on the stoke of that to concentrate on the sharp turn and steep ramp exit onto the Fromme road. I'm guessing I did not let off the front brake soon enough so my front wheel got stuck in a root hole at the top of the ramp and I went OTB. I actually managed to vault my handlebars in that case but landed off balance at the top of the ramp and could not outrun my fall, finally ending up in a push up position in the Fromme road ditch at the bottom. My finger jammed point first into a rock and the tip broke in a couple places.

The crash that resulted in my most recent injury was a lot more lame and I still really don't know why I crashed. I had just dropped into upper Corkscrew on Seymour and was nearing the main wood structure. I took the right hand line maybe 100' above that structure which has a little 2' drop that I've done at least 10 times before. I felt perfectly balanced in the air and fine on the landing until suddenly I was doing a flying superman through the air OTB. As far as I can tell, either I had my fork set up too soft (I had been playing with negative pressure in my lowers to try to improve small bump sensitivity), or my front tire landed on the side of a small rock and deflected it enough to cause it to tuck under. In any case I landed on my hands first, immediately tucking and rolling out at which point my bike landed on top of me (not sure how that happened). I think I would have been okay but my right hand planted on a stick right at my pinkie finger forcing it out and back and ripping a hole in my glove. I think it was just bad luck where my hand came down. I still think I would much prefer to land hand first (and collapse into a roll) than directly head or shoulder first, risking a concussion, neck injury, dislocated shoulder or broken collar bone.

Great post.
Xorrox I would take a broken finger over a broken collarbone, or wrist any day. Sounds like you have good technique for adsorbing a fall. Unfortunately the fingers get caught up with whatever is sticking up out of the ground. I try to put the palm down first, aches for weeks after but the fingers stay in tact. Don't think there is a magic bullet for hand protection without compromising performance.

I have 2 fingers that I cannot straighten completely from MTB and Skateboarding. The thing my wife keeps harping on me to buy is a removable chin bar helmet, why I don't ride with one is anyone's guess, teeth are expensive to replace.
The whole sport is pretty dangerous in the grand scheme of things, you get better every time you ride, get faster, which ups the odds of crashing. I know I have problems focusing on the job at hand sometimes on a decent, too much blabbing with my homies and that is when shit goes sideways.
Sometimes you land in loam, most of the time not.

I just try to keep both wheels on the ground and come away unscathed so we can abide by the bylaw of having a beer after.

I say at every opportunity that I don’t see a reason why anyone would ride with half a helmet anymore. I have a S2R and I find no appreciable difference in terms of visibilty, comfort, ventilation, breathing, etc with the chin bar on than off. Removing it has never been worth the 30 seconds to me.

I also have a Fox Proframe that’s my main lid. Awesome. I can climb in that no differently than my S2R with the bar removed.

There’s no reason not to have a “full face” on all the time. If I were riding trails in Ontario, I’d probably have a half, but here, never again.

I was talking to guy wearing the Fox Pro frame at Coast Gravity. He was saying it super well vented and he doesn't even notice the chin bar at all.
I would buy the bell but it doesn't fit me giant cranium very well.

Soccer goalie gloves used to have little pieces of plastic in them (they may still, I havent worn a pair in 20 years) that were supposed to help prevent breaks while still allowing movement. The were curved and hinged to allow forward movement while preventing backward movement.

Anyone want to buy my slightly used D3?

AVS handguards are pretty Enduro.  Maybe a little too Euro for 2017/2018 NA Enduro cycling though. 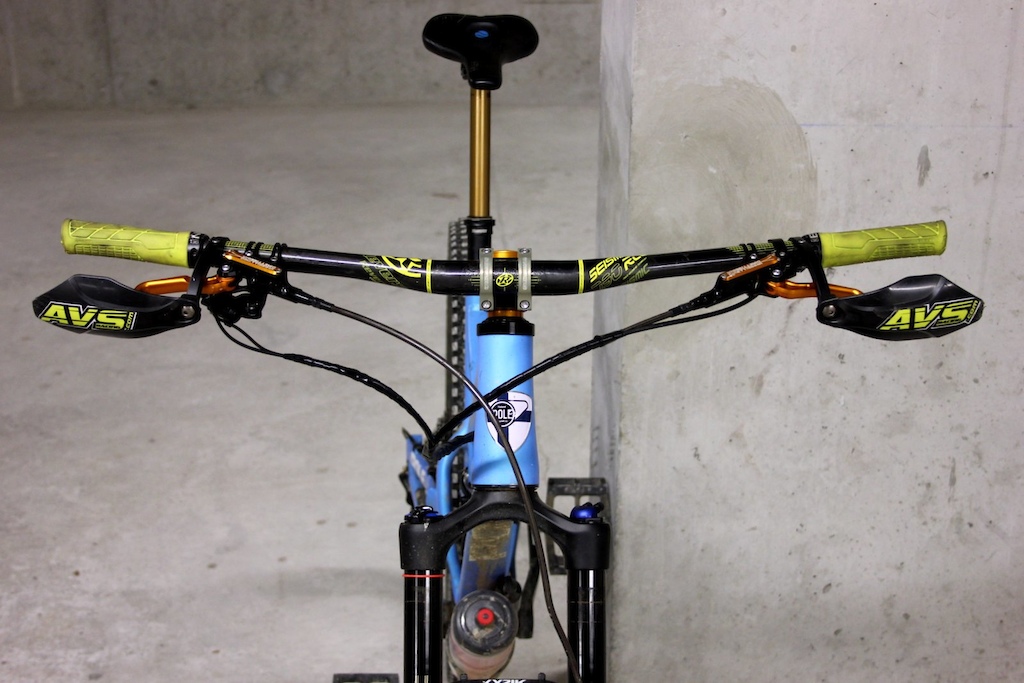 As mentioned above, soccer gloves have extension protection but they are too filled with padding to work for biking I think.

I'm now considering these (in black):

Combine them with taping my two outside fingers together and I don't think I could get better protection.  They would be really hot though. I might only wear them on the downhills at the same time I put my elbow pads on. I also wonder  how soggy they get in the rain.

That said, it's still way cheaper than not being able to work.  I'm lucky that the company I work for is willing to accommodate me  this time (the hand specialist didn't want me working for 6 weeks!).  Next time they may not be as willing or able to.

I need to find somewhere to try them on before I buy though.

injuries suck. hand injuries suck. putting out your arms/hands to avoid decelerating with your face remains an acceptable evolutionary strategy IMO, though some of us are surely better at crashing than others. i watched some awesome skateboarders recently at a new skate park and couldn't believe how they were able to fall with style bordering on grace. unfortunately, i will not be one of these people during rapid unanticipated debiking.  and i want a pair of those AVS bush busters.