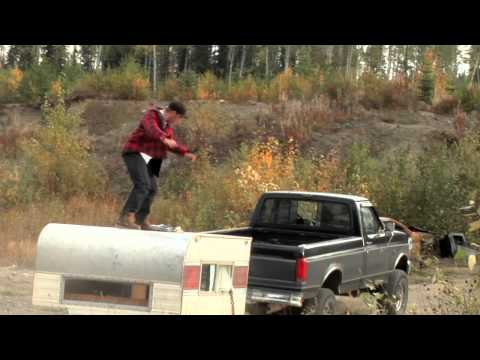 on the other hand, it's pretty frightening that anyone can make a movie nowadays.

That kind of reminded me of the old Whiskey movies. Assuming there is copious amounts of drinking scenes included.

We're actually pretty happy about you keeping your distance.

That is prince george at it's finest.

The chainsaw skate is epic. Best idea ever.

I recognize some of them from when they were kids, was that last cut by any chance Slayer cuz in H-school they all had "Team Slayer" T-shirts and it seemed to be some kind of in-joke ?

nowdays I just go back to PeeG to visit junior [HTML_REMOVED] the grand kid, buy shit I can't get in Smithers … get the hell out