This is all part of attracting the multiple day tourist, rather than the local one day visitor. Trying to discourage people from the general area popping in for the day & not staying overnight. (many nights) I have relayed my displeasure to staff of having to name the day you bike/ski/ride several times. What if you get sick,  wipe out or have a mechanical problem? The remaining days are lost. It's bullshit.

Yeah that is right in line with the Mayor's comments about how they didn't want the day-trippers coming up there with their bagged lunches and throwing their garbage everywhere. Such a load of shit. The only reason Whistler is what it is, is due to its proximity to Vancouver. So basically, they use Vancouver over many years to grow into a huge resort, and then when they are big enough to survive on their own they say "screw you Vancouver". I really hope this backfires on them.

Most resorts have a 3day pass use in four days kinda thing.
WB getting rid of the pay as you go edge card is really the issue for most of us.
If you know someone with a seasons pass.

So if you go with someone that has a seasons pass you the big "deal" is that you only have to pay $109?? Kind of ridiculous.

So if you go with someone that has a seasons pass you the big "deal" is that you only have to pay $109?? Kind of ridiculous.

Yeah it's crap. Won't be paying that, that's for sure.

I know many parents, including myself, that are not heading to Whistler this winter because of this issue. Whistler is hard with a young kid in tow during the winter, so having a few days on an edge card was a great way to get up there when you could, now thats gone. I only hope this doesn't spread over to the summer as my GF loves to ride but decides on the day if she is feeling it or not.

So how do the edge cards work this year - I know they got rid of the 3 day one. So if you have the 5 day and you use all 5 days and go for an extra day, how much does that additional day cost? Do you have to pay the same rate as everyone else or is it heavily discounted (to the same per day price that you would have paid with the initial 5 days)?

When I am biking the park, I pay the walk-up price as I don't always know what day I am gonna ride. Perhaps the numbers will be down & they will  get the hint, but I doubt it.     I have exchanged a few e-mails with the mayor & she sounds like she has drank the Vail Kool-aid. 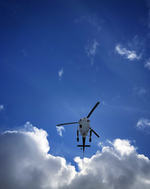 Nowhere to buy discount tickets anymore? $286 for a 2-day pass??? Jesus christ.  It’s gone past ridiculous to flat out insulting.

Does anyone have some inside information on 2017-2018 attendance so far? They have to be shutting out a lot of people with these crazy prices...

Are you familiar how to get to Crystal chair from Jersey or the top of Wizard?  You know where it kinda meets?  Someone took a video of it on Sunday... imagine you were in downtown New York and Apple was giving away free iPhone X's to everyone a block or two away.  That is the best way to describe how stupid it was.

The creekside line went past starbucks, wrapped around at the marketplace parking lot.

Seen pics of huge lines on weekends, weekdays too on the big dumps. No 5 day edge cards next year. Full FMITGA next year to everyone local who built the place up.

The Local Mayor should be ashamed of herself. They wanna price everyone out so it becomes another Aspen. Vail resort puppets.

What's crazy is the crowds with the cost of going there. One would think it would thin out.

Think Im going to ski Whistler this thursday and friday. The rest of of my ski dollars will go to the kootenays where having 10 people in the liftline is a busy day.

No 5 day edge cards next year.

Is that for sure? So they are literally just going to have seasons passes and $150 daily lift tickets (and perhaps a 10 day edge card that is like $100 cheaper than a seasons pass)?

That can't be a good business decision...

Think Im going to ski Whistler this thursday and friday. The rest of of my ski dollars will go to the kootenays where having 10 people in the liftline is a busy day.

Yes the lack of lift lines what skiing is all about. I find the Whistler zoo way too stressful for just a few in bounds fresh pow turns, like some giant race.