It makes me do funny things:

Not drugs, It's Tight Jeans.
But still how does aggy do it?
the picture is a miserable fail but you get the point 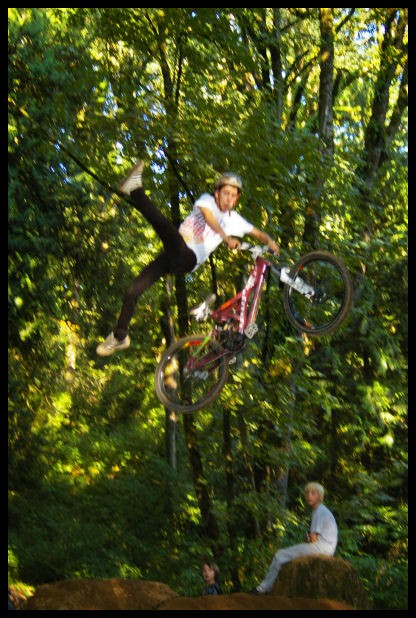 believe it or not… I read a lot. big books too.

the nocan is nice but i still think that you should never wear tight jeans, only a select few can pull it off

aggy can pull anything off

thats actually a pretty sweet can i must say

Get a v-neck from American Apparel I hear they make you B-flip huge gaps.

oversize t-shirts. the next thread by lmm

oversize t-shirts. the next thread by lmm

pssh thats shits been hot in skiing for years, bikers are behind the trends

I like how he casually dropped the "I'm famous" bomb.
LMM, if I ever see you at Whistler, make sure Schne is close by to take a picture of me punching you in the balls.

those pants almost look as tight as mine
nice can

each to their own i say, tight jeans are not my thing but it would be cool to see mtber's wearing their own type of clothing, which is ….. ???
i tried to do a heel clicker on sunday and found out my jeans are tighter than they look so their was no "click"
weather we like it or not, pro's are looking at FMX and BMX for inspiration/idea's and so it goes down the line from there and we end up with … tight pants and super flips.
that is a great picture btw.

Freeride, Its whats for dinner

pssh thats shits been hot in skiing for years, bikers are behind the trends

that has never been hot.