Isis would have took more legitimate ground and spilled blood.

I've also been wondering how these guys plan to fund their campaign, at the very least they should be hardening their position and pushing out. It doesn't make any sense what they are doing.

so have these guys read the constitution ?

Can these guys read?

so have these guys read the constitution ?

Just the second amendment. That's all that matters, right?

In cash? They seized a federal building….

So that has nothing to do with how he is going to fund this endeavor. Food, water, munitions, power generation all cost. Your typical insurgency take overs are generally funded by funneling stolen property, drugs, foreign influence, etc. How they plan to be funded is a massive piece of the puzzle and could shed a lot of light on this strange call to action.

So my lovely government computer won't let me access CBC (probably should be working…) so I can't pull up the exact link, but yesterday on As It Happens they did an interview with one of the Bundy guys. Episode and transcript is posted on the website. Those guys are real yahoos, basically doing exactly what they would kill off brown or black guys for doing. Guess you can do whatever you want in the US if you can manage to interpret the consitution in a way that appears to support your goals. :usa: 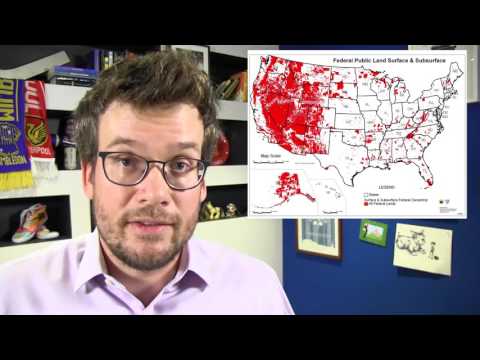 Just imagine the shitstorm if a group of armed black or Arab-American "Patriots" seized a US Government building and started demanding the release of prisoners?

This is what happens in America to suspects detained on suspicion of taking part in a shootout thak killed 9 people and injured 18. ("You have the right to text and email …"). 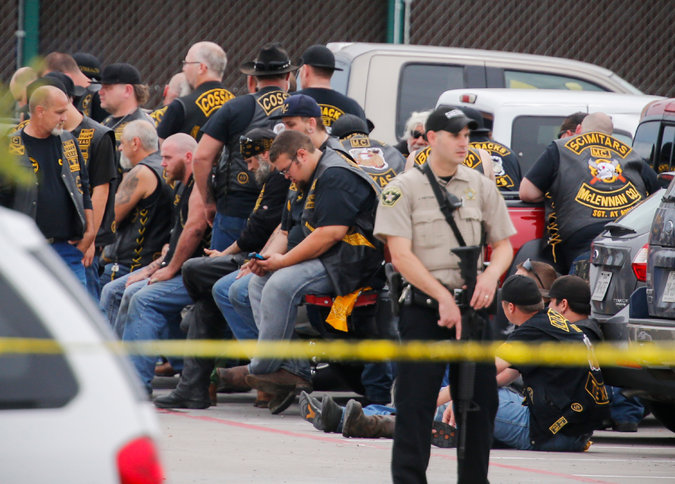 This is what happens in America when you are arrested for being black-while-selling-single-cigarettes-on-the-street (the medical examiner ruled he died by ""compression of neck (choke hold), compression of chest and prone positioning during physical restraint by police."). 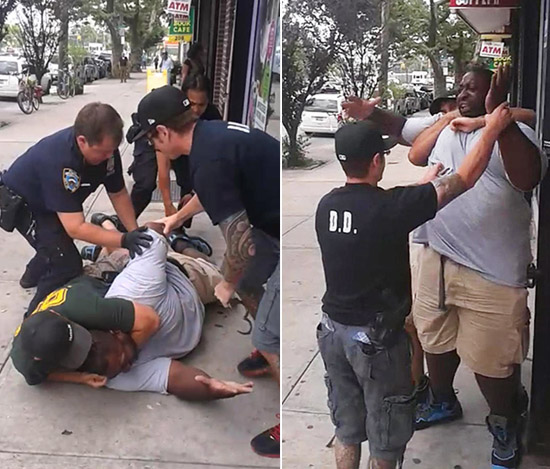 "Just a friendly warning from the birding and wildlife photography community to the Oregon terrorists. We are watching your every move, and we have been watching you for a long time. And yes absolutely you are domestic terrorists of the worst kind, and the truth about your decades of constant poaching of protected wildlife around Malheur and other wildlife refuges, national parks, national forests and BLM lands has been well-documented. For years those of us who are wildlife photographers, birdwatchers and carers of wildlife, have been documenting the activities of you poachers and criminals around many of our nation's wildlife refuges. With our powerful cameras, and ability to move unseen in the wilderness, we have found and documented your illegal hunts, your illegal traps and all sorts of illicit activities, and are constantly feeding that information to law enforcement, and we have finally got many of you poachers on the run and into jails. And I for one am a westerner sick to death of you welfare queens and cheats living off of BLM land, illegally gutting our wilderness and our wildlife. Malheur, Hart Mountain, Klamath Marsh, Yellowstone, Glacier, Yosemite etc etc, they all belong to us, we the American people, and no small group of armed thugs is going to destroy the great wildlife and national park system that our great Republican President Teddy Roosevelt and John Muir put in place over a century ago. Wildlife photographers and wildlife/bird watchers now number some 40 million people in the USA, and feed many rural western economies with our tourism dollars, and we will not stand for your sedition."

tungsten, you didn't post the other side of the story. I believe they responded, "Your a bunch of libtard fagots".