If you actually wanted a thread to die you’d avoid posting in it.

Careful, Couch is gunna yell at you man!

Trump's hump is a bump in the dump!

Careful, Couch is gunna yell at you man!

LOL.  I have also asked that we kill this thread so I know where he is coming from, but I can't kick talking about the asshole.  He is like mental meth.  The blue stuff Walter White makes.

Everytime I see the word "Chupacabra" this pops into my head https://youtu.be/v50d4pGJfno and I sing from start to finish.

Everytime I see the word "Chupacabra" this pops into my head

and I sing from start to finish.

:)  Chupaaa!  hehe  I am not sure I would ever have remembered this song except for my username that I have had for... holy shit, 15 years?

The Biden administration paved the way for that possibility, say constitutional scholars and lawyers in the cases, by arguing in an unrelated defamation case against Trump that presidents enjoy sweeping immunity for their comments while in office - and the right to a defense by government lawyers. Biden’s Justice Department used that rationale in a surprise decision this month to continue defending Trump in a case filed by E. Jean Carroll, who contends Trump raped her 25 years ago and then lied about it while in office, defaming her.

It's a tape of Trump with a 13 year old Ivanka look-a-like Russian prostitute isn't it?  Everything he does it so on the nose it pretty much has to be.

I Tried to Make Claims About Election Fraud So Preposterous Trump Fans Wouldn’t Believe Me. It Was Impossible.

I was acting as Trump and his minions do: free to say anything, no matter how ridiculous, with no basis in observable fact.

Donors reportedly gave Trump an astounding $82 million in the first half of this year and he has about $102 million saved. An Economist/YouGov poll shows that 90 percent of Republican voters favor Trump. And there are polls showing he’s favored to win the GOP presidential nomination in 2024.

He will be the one running in 2024 unless he is dead or in jail.  I can't even guarantee that jail will stop him. 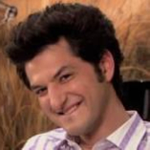 He will be the one running in 2024 unless he is dead or in jail.  I can't even guarantee that jail will stop him.

I think it depends on the mid-terms. If they run a bunch of Trump candidates and they don't make significant gains, I suspect they'll move on from Trump.... but yeah, I suspect you're right haha

Unless teh trumpers all die off, lol.....

"Montgomery County, Texas just north of Houston and about as red as red can get is now asking for federal assistance for hospital staffing. I have a good friend who lives and works in Conroe and he said nobody wears masks there. Nobody. Less than half of residents have been vaccinated.

Trump carried the county with 71% of the vote to Biden 27%. Now just who could have predicted this catastrophe?"