I'm going to SF on Sunday for 3 days. I've already been and have done the classic tourist stuff. Anyone have any recommendations of hidden gems or interesting things to see?

jake has come through for me before, I fully suspect he is just trying to find all his clothes and finishing up breakfast

Just did this last weekend. Rented some bikes and rode around / thru areas of town I hadn't been to before. Like any city there are lots of things to see and do. The city is very bike friendly if you don't mind sharing the road with cars (bike lanes on most major routes).

You might want to check and see if the 49ers are playing, the Lion King is currently showing, the Westfield Mall is big and has a lot of shops that we don't have here in Canada. You could drive / ride the Marin headlands park area, or even drive north a bit and do some mountain biking. Pacific Bicycle might have some info on that.

Enjoy yourself! It was 20C this last weekend, and nice and sunny.

Four Barrel Coffee
Kouign Amann - if you get this, go in the morning. It's not as good in the afternoon.
http://www.7x7.com/eat-drink/croissant-dethroned-all-hail-kouign-amann

Westfield Food Court
The tri tip platter. It's cheap and it's awesome.

Zuni Cafe
Roast chicken and bread salad - I know.. roast chicken, how good could it possibly be? AND you have to wait an hour for it? Fuck that!

It was worth the wait
http://www.zunicafe.com/menus.html

Mission Bowling Alley
If you go to one place and only one place, make it this one and get the burger.
http://www.seriouseats.com/2012/06/san-francisco-mission-bowling-club-fried-chicken-burger.html

Nopa
Burger here is good. This one is leaner than mission, but still juicy. The wait is ridiculous. Make resos.
http://aht.seriouseats.com/archives/2012/02/nopa-burger-review-san-francisco-ca.html

Saigon Sandwich
The bread is more substantial and closer to a bageutte than the light stuff we're used to from Petite cafe. Dense fillings too.
http://www.yelp.ca/biz/saigon-sandwich-san-francisco

Life's tough, it's even tougher if you're stupid.

PM me to learn how to use credit card bonuses to fly for free.

Tennessee valley hike down to the beach. Mt. Tam hike

go at night and bring your favourite girl. 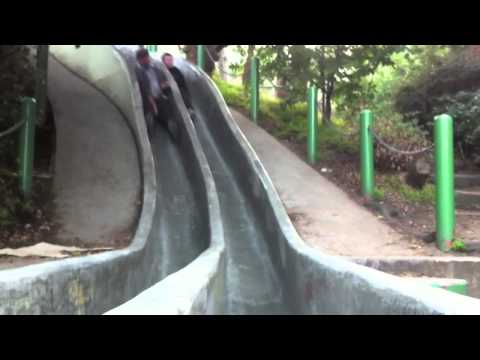 Is City Light Books touristy? If haven't been there, I'd go there. It's where the "beat generation" was basically born from.

Kink.com has their HQ there. I think they do tours…

there is a bar called "The Saloon." Hear it's neat. Same with the a strip club called "Lusty Lady."

These are just some things my friend told me about that she hits up when she goes to SF basically every year… Dont know if they'd be up your alley at all though, hahaha.

Cannery wine cellars. There are some interesting products in that building.

Rent a downhill rig and do Lombard Street.

You might want to check and see if the 49ers are playing.

Yeah, they're playing New England… in New England:(. I looked at the schedule and just about shit my pants when I saw who they were playing before I realized what city it was in. Would have been a sick game to see. Possible Super Bowl matchup.

We're staying in Fisherman's Wharf. Maybe we'll see if we can rent some bikes and go across the bridge to the park.

We're definitely going to House of Nanking - I went the last time and it was some of the best food I have ever had. I want to check out some other good food places, so thanks for the input! Keep it coming.

The wild parrots of San Francisco are pretty hilarious. The "tower thing" is coit tower and they during the day they are often on one of the slopes…. but at sunset they migrate to this park: http://goo.gl/maps/7pju7 down by the ferry building.