Although I wouldn't mind seeing what's under Christy's suit ;) 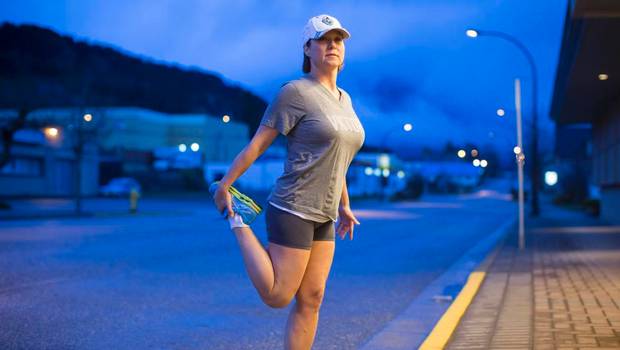 Goar + Nader [HTML_REMOVED] Bush. Get it?

if your going to tally up the vote splitting wouldn't you have to put the conservative votes on the liberal side.

Id bet most liberal voters (like me) are not huge fans of crispy clark but dislke dix more.

both sides seem OK there

Did not notice jowls,will keep looking at pic.

That's what the bag is for.

All your base belong to us-
The libs have a certain amount of folks who will vote for them no matter what. The great thing (for Christy) about this base is that they always vote. The Dippers rely on a coalition of greens, unions and regular old slightly lefties. Of that group the only greenies that consistently vote are now with the Greens and they or are spread thinly across the province. The unions aren't what they used to be and I don't think they have the same moral suasion over their members that they once did. The last group needs to be convinced to come out and vote - Dix did a terrible job at that.

Fix the Dix-
They say the best defence is a great offence. Dix ran a campaign like the Canucks play when they are up by a goal. Take no chances, make no mistakes and hope for the best. He said he had great ideas but wasn't clear on the details or the costs. So it was easy for Christy, who had nothing to lose, to fill in the blanks with the voters and in the process rile up her base - "remember the tax and spend 90's? - Dix'll do it again". To which Dix could have provided the details, made some real promises with respect to deficits etc. - but he really didn't do that. Mostly because he felt he didn't have to. As a result - both the Canucks and many NDPers will be golfing.

Is a guy who forged documents to mislead investigators the best guy to ask for BCers trust? This is the best that the NDP can do? They must have known the libs would be on the "remember the 90s rant" - it has been their go-to thing since… well the 90s. So why pick a guy so intimate to the very scandals that got them punted in the 90s?

It ain't over till the fat lady sings (this is not a shot at Ms. Clarke - I think she looks amazing)
Dix spent a great deal of time, at least initially, going after traditional Liberal ridings. WTF - galvanize your base make sure they are fired up, then if possible go for some extra. Did he really think that he was going to appeal to the same folks that voted for Stockwell Day? Why waste the resources? Run the race like you are losing, run the race like you have something to prove and show the voters you actually care about their vote.

I don't know about you but my facebook is all a twitter about how the NDPers should have won and BC is "stupid" for voting Liberal - I admit I felt the same way about HST (I am very pro HST - but that is a different rant). However, I had to admit that it wasn't the stupidity of the BC electorate that caused my side to lose - it was the stupidity of the leaders on my side. NDPers will probably come to the same conclusion

I think LHE nailed it here.

I'm not getting this split vote Green bashing attitude. It is naive to think that 100% of Green votes would have went to NDP and your theory gets bashed by the one Green candidate who won. The majority of his votes came from the incumbent Liberal candidate. I will concede that there was some votes taken from the NDP but really, if they were quality Candidates, would they not have held those votes?

Dix is a pathetic Leader as far as getting his message out and doing it with charisma. He is the main reason NDP is not in power right now. He needed to get his young voters to the polls but obviously failed miserably. A late game collapse of Leaf-like proportions! Couple that with his past (bonehead) political discretions and he was dead out of the gate. NDP needs a quality leader and they haven't had one in a while. I have little politically in common with Clark but she is a great politician. Frustrating that she has a cockroach's sense of survival but you have to respect that I guess.

This brings me to may last point. I watched a little of the leaders debate and came to the conclusion that I liked none of those people. What a pathetic pool to draw from. This could be why voter turnout is still low in this Province. The majority of voters who are coming out are set in their party lines and it appears most of them are middle aged Liberals. Inspire your young voters to turn out and you'll get different results NDP. Till then you can keep blaming the Greens…

We need to throw the whole FPTP electoral system into the crapper. Proportional representation represent!!

They're running Hydro into the ground so it looks too shitTy to keep. Way under staffed on technical, only allowed to bring in contractors.

Scandalous purchasing practices, at least on the switchgear side. They've been forced to eliminate maintenance inventory so when equipment needs to be fixed. Oops we threw out the parts, fork out $500k for a new breaker..

NDP now polling only single digits over the Libs?

So much for taking the moral high ground. Jesus! Ya gotta' kick the mofo's in the teeth when they're down goddamnit! :mad:

Leave it to the lefties to snatch defeat from the jaws of victory.

well at the end of the day how can you have any confidence in a guy to lead his party and run the province if he can manange to lose an election that was all but gift-wrapped to him?

And we'll all be drinking hydraulic fracturing fluid…

Was looking forward to a moratorium on that crap. Unfortunately it's crusty sharks economy saviour.