FYP. Generally speaking the CF has been Conservative in their leanings. Often their families as well. Veterans. Supporters of the military.

We are not happy with what's being done with vets because we know it'll happen to us next.

We're not happy with what's being done with our benefits, especially given what is asked of us.

We're not happy with the way the government is treating our brothers and sisters with PTSD.

I'm done being a Conservative supporter and many of my co-workers feel the same. I'd like to think that the last federal election was a wakeup call for the Liberals, it seems that the Conservatives are in for the same next year.

You're absolutely correct. This will just push CF support further from the Cons. While I'm a bit surprised they are "attacking" a group planted firmly within their base, I'm not surprised at the behaviour.

I don't think any politician currently in power is far-sighted enough to implement this, though.

AND the govt for failing to push out a lot more education on how it works, how it benefits the voting public.

That's what I meant when I said nobody is far-sighted enough. If you're in power and able to change it, you roll with the status quo. If you're not in power, you freak out at the injustice of it all. Repeat.

That's what I meant when I said nobody is far-sighted enough. If you're in power and able to change it, you roll with the status quo. If you're not in power, you freak out at the injustice of it all. Repeat.

Wow - these guys just don't stop! It's like they are trying to throw the next election!!!

Next time the people of Kitimat should vote Conservative.

Among other things the Fair Elections Act would raise the limits on political donations and increase penalties on anyone who breaks election rules.

Most controversially, the government wants to separate the roles of running elections from enforcing election law, reduce Elections Canada's public information role and scrap the long-established practice of allowing someone to vouch for another voter who doesn't have proper identification.

Apart from limiting potential voters (those without government-issued ID), the proposed law would require the public prosecutor, who is a government appointee, to approve any investigations under the Elections Act.

Okay, I have a theory.

The Cons tabled their "Fair (haha) Elections Act" with the sole intent of having this piece of dung fail. That gives them the ability to claim "hey, we tried to fulfill our promise to revise electoral laws, but nobody wanted it." Meanwhile, they don't really want electoral reform but rather they want status quo. Elections Canada has limited investigative powers regarding electoral fraud and they're virtually toothless regarding enforcement.

The Cons have made an art of gaming the electoral system in their favour, so why would they want change? Despite their majority, I'm betting they will retract this bill and make it seem like some magnanimous favour to Canadians.

this 'fair' elections bill is a freaking fiasco….changing electoral laws should not be at the whim of false majorities, without input from citizens and by invoking closure on debate. Fuck Harper.

Bill C-23, the Fair Elections Act is one of the most destructive things the Harper government has ever tried to do. It is far more serious than proroguing Parliament at whim, curbing the rights of MPs, or centralizing power in the Prime Ministers Office. Its even more serious than muzzling scientists, statisticians and others who disagree with the government.

Thats because the Act is an attack on the most fundamental right of all citizens in a democracy  the right to cast a ballot in an election that is fair and free from corruption and dirty tricks.

The Unfair Elections Act is also a way to cover up the electoral fraud that took place during the last election. The Federal Court found that there was widespread fraudulent activity, that it was targeted at non-Conservative voters, and that it reduced voter turnout. And, most damning of all, the judge stated in his verdict that the most likely source of the information used to make the misleading calls was the CIMS database maintained and controlled by the CPC [Conservative Party of Canada].

To date, the Conservatives have refused to disclose the list of people who had access to the database. And the Act does nothing to rein in the abuse of party databases in the future.

If passed, the Act will stop efforts to hold the Conservative Party accountable for its dirty tricks.

Also, I swear I want Rick Mercer to bear my love child … 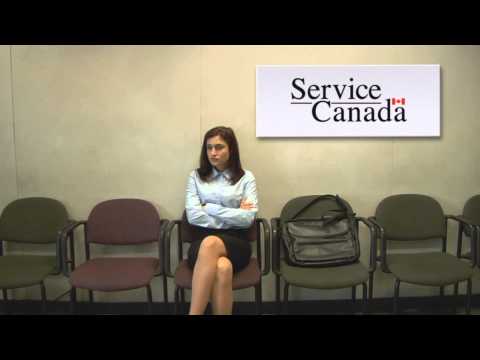 You think Stephen Harper likes this whole power thing?
Everything the Prime Minister does, he does for you. Especially winning elections.

The Conservative party has launched a new fundraising campaign as part of a strategy to win next years federal election. Lets read between the lines of the online appeal from its executive director, Dimitri Soudas. His words are in bold.

We need to win another majority government.

Whoa! Easy, tiger. Wheres the romance, the sweet talk? As strategies go, this is a bit like getting all dressed up, going out to a nightclub and loudly announcing to the first girl you see at the bar: I NEED A WIFE!

It wont be easy; the road to 2015 will be difficult. But this isnt about Stephen Harper or the Conservative partyits about our future.

Its not like Stephen Harper is doing this PM thing for himself. Its not as though he enjoys it. Why, if he had his way, hed be livin a simpler life down Pincher Creek way, sittin on a porch and a-whittlin away alongside his old dog Zeke. He wouldnt have much use for politickin, nor, evidently, for the letter g.

For you, he is willing to abandon his fundamental principles and stack institutions, agencies and court benches with his loyal supporters and flunkies.

For you, he is willing to change the Elections Act to make it harder for you to vote and easier for you to give him money.

For you, he is willing to spend tens of millions of your dollars on ads to tell you what a good job hes doing managing your money.

Its about you. Your family. Your kids. Your grandkids.

Its about your nephew. Your nephews cat. That cats grandkittens. Its about ensuring that your own futuristic clone does not emerge from its slime pod into a dystopian hellscape wrought by an epidemic of post-Trudeau shirtlessness and doobie-smoking.

If you think about it, no one has gotten more domestic political mileage out of the stagnant global economy than Stephen Harper. He should send Europe a fruit basket.

Think about that. Think about how traumatic it would be to lose everything weve accomplished together over the past eight years. Stephen Harper appointed to the Senate a man who is now the daytime manager of an Ottawa strip club. And you want to just turn your back on that kind of progress?

Not convinced? Think of everything else weve accomplished together: The public servants weve muzzled together. The forced smiles weve tolerated together. The unconvincing rhetorical use of together weve endured together.

Voters are faced with a choice between Stephen Harpers strong stable leadership and Justin Trudeaus lack of judgment and experience.

Way to go, Dimitri. You just made Thomas Mulcair sad.

The stakes have never been higher. Thats why Im asking you to take part in our Road to 2015 campaign.

Will you add your name to our list of supporters and join the fight in 2015?

Andrew Coyne recently described our approach to government as being grounded in secrecy, deception and brute force. He left out pettiness, vengeance, patronage, yelling and gazebos, but the point is nevertheless clear: When you donate to the Conservative party, you get what you pay for.

Sigh… I want to, so, so much. I think I'm just going to abstain though.

Sigh… I want to, so, so much. I think I'm just going to abstain though.

I can understand that position, really I can.

But the sad truth is that is almost as good as a C vote.

So Jim Flaherty gave his notice. Whadda the NBR politicos make of that?

Seems ill timed and fishy to me.

So Jim Flaherty gave his notice. Whadda the NBR politicos make of that?

Seems ill timed and fishy to me.

Jim was a turd of a finance minister both provincially and federally, but the short list of replacements is even scarier…