If off-roading is needed I don't think any of the car'esque options are that great. I was in Sedona the other week and looking to do a shuttle drop with the Hyundai Santa Fe I was driving. I made it 30' on a road that I wouldn't even think about with the Taco.

FWD with an electronically controlled AWD on a unibody is just too far away from a 4x4 on a box frame for anything remotely rough.

Full size sport wagon? Something like an Audi All Road, Accura Sport Wagon, Subaru Outback. Cadillac and BMW have something in the category too.

Look for the one that will take a 2" hitch receiver so you can add a 4 bike rack.

I get what you're saying about too much vehicle in the city. I drive an SUV while in Vancouver, it's amazing on long road trips, but a chore in the city.

Or Raptor, with custom plates that say "asshole". Guess that's redundant though.

Toss the stroller and extra baby gear in the rear bed trunk to keep it dry.

Should drive much more sporty than the old Taco.

You won't get the Toyota bro points in the shuttle lot.

I think after all the various cars and trucks I have had that no matter what you buy, you will compromise something. I am considering my next vehicle too maybe this spring. My 2010 RDX is starting to feel a bit rough, tiny rust spots are appearing and small failures are cropping up. Backup camera looks like a Pink Floyd album cover, speaker buzzes sometimes, hatch doesn't always open all the way. I have two Labradors and skis, bikes and other stuff so the cargo area is just a bit too short. Ridgeline looks promising to me. Kind of a modern take on an El Camino. Same all wheel drive as my car which is good. But I think you would find it cumbersome in the city. I wish that the Element was still available but with seats that were actually comfortable, more power and proper all wheel drive because I found the Honda real time all wheel drive quite shitty. I would often get front wheel spin on wet uphill starts. I traded it for the Acura because I was driving to Whistler every weekend all year and by the time I got to Squamish I would have referred pain from my back down to my hamstring. I wasn't sure if it was shitty seats or the standard transmission but I could not keep driving it. The Acura cured that. But it was not as practical.

The wife bought an Audi SQ5 last year. It was a returned lease vehicle with low ks because the owner wanted a car. That thing goes. 355 horse or something. Excellent in snow with four proper snow tires. We got the four bike North Shore rack so it hauls fine. But it isn't really an off road vehicle.

Because I am in Whistler full time now a truck makes sense. I would rather buy in Squamish though in case of warranty and service. No honda dealer there but North Van isn't that far away. Maybe a CanyonColorado or Ridgeline. That is what I am thinking.

I've seen a few of the new Ridgeline's in person and they are smaller than a Taco. Better for Van driving, worse for rear passenger space? On paper it reads like a Honda. Practical, not huge power, more car than truck, etc.

I could readily find reason to replace my and my wife's vehicles, but I just can't be bothered. I'm used to our vehicles' shortcomings and new ones will mean different shortcomings and way less money in the bank account.

A Pilot or a Highlander.

No problem to park. Just park on the other cars :)

Did not know what it was, looked it up and was not disappointed 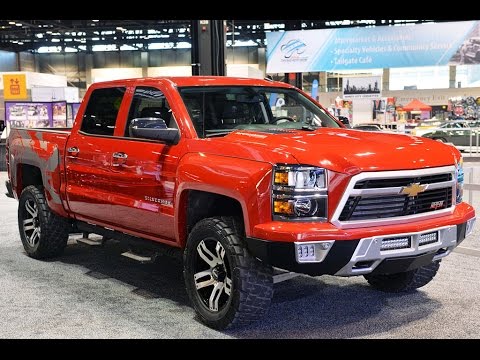 First I've heard of the Reaper as well. There isn't a lot about it and I wonder if it is a parts counter special? Pile of bolt ons that allow you to maintain warranty?

Man theres sooo many of those in Vancouver. those poor things never get to stretch their legs:(

'or raptor'. i saw a raptor in Arizona that had a custom plate "peak oil". it was both asshole and quite ironically funny, which was surely not intended by the owner…

Man theres sooo many of those in Vancouver. those poor things never get to stretch their legs:(

It's always some meat-head who just drives to the gym, protein store and back home :(