Pay for private-sector workers has barely budged over the past three and a half decades. In fact, for men in the private sector who lack a college degree and do not belong to a labor union, real wages today are substantially lower than they were in the late 1970s.

In the debates over the causes of wage stagnation, the decline in union power has not received nearly as much attention as globalization, technological change, and the slowdown in Americans educational attainment. Unions, especially in industries and regions where they are strong, help boost the wages of all workers by establishing pay and benefit standards that many nonunion firms adopt. But this union boost to nonunion pay has weakened as the share of private-sector workers in a union has fallen from 1 in 3 in the 1950s to about 1 in 20 today.

One can be in a union and still have a defined contribution plan.

I can't stand the entitlement, bickering and drama in union workplaces. Couldn't pay me enough.

One can be in a union and still have a defined contribution plan.

Oh, you mean like read every word instead of glancing, assuming and responding, lol!!

I asked Stew to re-read it, but thats not his job.

As my late friend, zoology professor Mark Rowland, liked to say when addressing the emotional issue of pro-life vs. pro-choice: Some people see the uterus as half-empty, and others see it as half-full. That mordant, binary sentiment could apply to the current state of organized labor.

According to some observers, the once vaunted American labor movement is either already dead or is in the process of dying a hideous death. Granted, these pessimistic observers consist largely of sheltered academics, Chamber of Commerce officers, and Michigan Republicans.

But other, more optimistic observers happily note that, with 14.8 million people belonging to unions (11-percent of the workforce), the U.S. labor movement is still a vitalif unfocussed and demoralizedforce to be reckoned with.

Do the math. If the National Rifle Association (NRA), with a membership of barely 5 million, can strike terror in the hearts of Americas lawmakers, surely 14.8 million union workers have the ability to make some noise.

Union people will tell you that there are two legislative moves required to level the playing field. The first is passage of the EFCA (Employee Free Choice Act), which would make card check the law of the land, effectively eliminating the bureaucratic morass and stalling tactics regularly used by management.

While hypocritical businessmen pretend that, like the powdered wig set of the 18th century, they abhor Big Government, when it comes to workers being allowed to freely join a union, they beg the feds to intervene, beg them to step in and make joining a union as complicated a procedure as becoming a U.S. citizen.

The second thing is repeal of half the provisions in the 1947 Taft-Hartley Act (including prohibition of secondary boycotts and sympathy strikes). This anti-labor law, passed over the veto of President Truman, defanged the 1935 National Labor Relations Act (the Wagner Act), ushered in the toxic phenomenon of right to work states, and rendered organized labor more or less powerless by cutting its nuts off.

Beginning in the late 1970s, in response to the implementation of UAW emergency concessions, and continuing into the early 1980s, when President Reagan declared open season on organized labor by firing more than 11,000 PATCO workers (air traffic controllers), union activists have been engaged in a lively debate over how best to spend AFL-CIO funds. One thing the House of Labor has plenty of is money.

While some people want to see the lions share of AFL-CIO discretionary spending used for national organizing drives, others want to see it spent on stuff like advertising, community awareness, education and political donations.

Not that the Democrats have done organized labor any favors lately, but Ive always favored the political donation route. Consider: If reactionary, draconian laws were what crippled us, then progressive, labor-friendly laws must be what makes us whole.

An officer with an International that must remain nameless, once suggested a crazy idea. Given that the AFL-CIO spent an estimated $50 million trying (and failing) to organize Wal-Mart, and given that lobbyists and donors are the mothers milk of politics, and given that money has already poisoned the well, the AFL-CIO should consider bribery.

They should identify 50 congressmen who could a make difference in the outcome of critical labor votes and then have a bag man discreetly deliver each of them $200,000 in cash. Dont call it a bribe. Call it a donation.

Donations of $200,000 to 40 key House members and 10 key senators would amount to $10 million, which the AFL-CIO could easily afford. Its clean, its quick, and it beats the hell out of wasting money on futile Wal-Mart campaigns. In return, unfair labor laws are repealed and the American worker is given a fighting chance.

Lets not get all self-righteous. After all, isnt this how the military-industrial complex functions? Hasnt the Saudi royal family, going all the way back to FDR, donated millions of dollars to the U.S. to gain preferential treatment? As Tom Hagen said to Santino Corleone, Its business, Sonny!

David Macaray is a playwright and author. His newest book is Nightshift: 270 Factory Stories. He can be reached at dmacaray@gmail.com 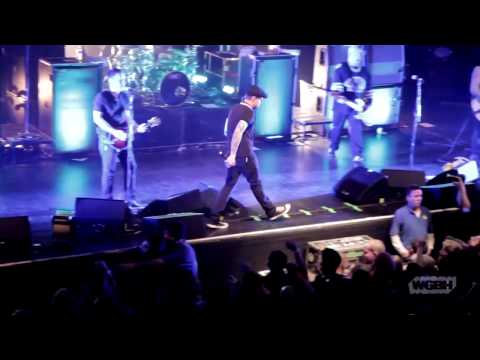 The Battle of Ballantyne Pier