I reported you to Bono too just because you post entirely too much shit about cats.

The guy is into pussy, is there anything wrong with that?

WAR IS PEACE, FREEDOM IS SLAVERY, IGNORANCE IS STRENGTH.

im actually pretty sure they are

Come on, gay marriage is legal in Iowa FFS! What blows my mind is that in the most
liberal states with the highest gay populations gay marriage has been voted down.

As far as CNN, I'd say the bigots are going to be the most likely to post on those
sites. I know I never have, nor have anyone I know (that I know of).

I've lived in Hawaii, California (all over), New Jersey, North Carolina and I've spent
lots of time driving all around that very large nation. While I've met a lot of racists,
bigots, a very ignorant people, I can't say that I've met any LESS here in Canada.
I think the biggest difference between the bad here and there is the level of
denial and vocalism is greater down south, but not the quantity.

I guess what I'm trying to say is that while the bigots may be a minority, they
are the ones with the guns and they are being led by the ones with money and
power to broadcast their message the loudest.

The guy is into pussy, is there anything wrong with that?

if it was the right kind of pussy i would be fine with it.

I reported you to Bono too just because you post entirely too much shit about cats.

If you don't find this adorable, you are a heartless cold bastard. 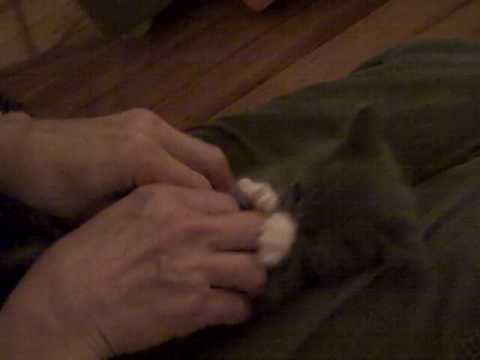 if you spent a fraction of the time you spend on american boards actually IN america and talking to american people you would agree with Hibullit. I have a half brother in Oregon and used to go to america frequently.

I also think you search for a specific type of american forum to troll so you can feel like a smugly superior canadian.

I'm not Canadian
You think wrong

what about if you stream online commercial free radio? is that stealing[HTML_REMOVED]? no onw is paying to ar the songs and no one is advertising aside from the rei ad played between the odd song?

on a side note…
shaw gave me a free month trial for high speed d/l's, and ended it yesterday :( BOO

Me too, uTorrent maxing out at 1,500 Kbps 4 movies down in under 1 hour, was nice while it lasted.

Please let me demonstrate the ride around; really it's no trouble.

I'm not Canadian
You think wrong

I don't mean to be elitist it just pisses me off how much people trash talk americans, it makes me want to have their back.

Like…we got dumb rednecks in Canada too…just like America has a lot of really good peeps. I dunno, I should just give up with this shit already…

I spent countless dollars on CDs in the 90's and I don't have any of them now because most of them were stolen or scratched during parties where I was promoting these bands. If anything, they owe me money.

There was once a day when actors and musicians could only make money with live performance, then came technology that meant they could reproduce their shows for next to nothing and the industry was born out of that fact and trillions has been made because of it. The industry tells us what to listen to and what to watch, then sets the price. Now this same ability to reproduce their works is costing them money and they are crying foul? Karma's a bitch.

Majority of the shit i listen to can only be found inside the chevy riding high trunks, cruising the A. Or on the blogosphere. So fuck it.

Read the part of my post where i said that i understand what you're saying.. That you think stealing is stealing. Fine. But there really are two types of stealing. If I steal your bike, you no longer have your bike. If I download your music, you still get to listen to your music. Yes, they may be both morally wrong. But to argue there's no difference, is absurd.

I think it's absurd that you or anyone else thinks there's a good and bad type of stealing.

Joe great thread thanks for posting!

While I've met a lot of racists,
bigots, a very ignorant people, I can't say that I've met any LESS here in Canada.

Yah, but aren't you living in Sooke?

Here's the thing - if I buy a CD I can now use its contents however I like within the confines of my own home. The "artist" has no say over what I do with their recorded music.

and I'm going to steal all of your chairs - good luck sitting down for dinner next week!!!

Yes, I see no issue with playing music you purchased for your friends at home, just like you can let them sit on purchased or hand made chairs :D.

Oh, and BTW Andrew, when can I have my chairs back?

I think it's absurd that you or anyone else thinks there's a good and bad type of stealing.

Joe great thread thanks for posting!

Yes, I see no issue with playing music you purchased for your friends at home, just like you can let them sit on purchased or hand made chairs :D.

So - would you agree I can "lend" a CD to a friend then? And if a friend is using it, the artist also has no control over it?

Oh, and BTW Andrew, when can I have my chairs back?

I download pirated music, I pay sometimes if it's worth supporting. Do I lose sleep over it? Nope.

My rule of thumb is that if it's independant, or the funds go directly to the artist I'll gladly pay.

If it's stereotypical big-studio bullshit that I listen to once and the artist will never see a royalty cheque because the studio has robbed them of their copyrights. Fuck it, I'll take it on the house, check it out, if it's worth it, I'll buy it, if not, it gets deleted anyways. It's theft, absolutely. But no worse than the theft that record companies have practiced since the 50's.

If there was proof that my $0.99 per song was actually going to the artists, or at least a sizeable percentage going to the artist and not to some record label corporate fat-cat taking advantage of them I'd probably pay more often.