I know some of you play?
whats your rig? what do you play and how long you been playing?

heres My amp (i posted in the random pic thread.)

Got the Jackson dk2 pro 3 or 4 years ago its set up for standard tuning. It's my go to guitar.

Just got the LTD in a trade and I'm pleasantly surprised.. when I got it the trem was all kinds of ****ed up and the string colour matched the body.. they were prolly original. changed the strings cleaned the fret board down set up the bridge and it plays real good.
Its tuned In C for playing kyuss tunes and simillar..

And I have a Jim Root signature stratocaster on order.

I'm planning on upgrading my amp this summer

Youtube clips are about as useful to me as a miniskirt in Iran.

Yeah, I've got ambitions of a orange rockerverb 100 into a 412 orange cab
or dual/triple rectifier into 4/12 mesa cab.. just cause.

Personally, I don't want a bigger amp, I just want one with foot switch-able channels :/

Youtube clips are about as useful to me as a miniskirt in Iran.

does the remote from guitar hero count? if so i'll post mine later

I recently started getting together with a group weekly after taking the past 5 years off of any collaborating, and when it gels there's nothing like it.

not alot of people to marmalade with round these parts.. atleast none that i know/like.

It actually sounds amazing with the ltd EMG81/85 combo.

It also loves single coils.
the sound out of the humbucker on the jackson is kind of meh in comparison to single coil and active pups.

I play 7 and 8 string guitars.
My rig consists of:

I run this rig in 4 cable method…this allows either the GSP1101 or the Peavey to be the preamp. I can change the internal loop in the GSP to allow this and still use the GPS's effects in both cases. The TC unit also does effects but a nice feature is that it can change the amp channels on the Peavey with a special cable running out of the TC. This renders the amp channel switcher in the pedalboard photo useless and its no longer there. Cuts down on tap dancing and I can go from GSP sound to Peavey sounds AND effects changes with 1 press of the MIDI board.

New pickups on route for the 7 string.

A video if anyone cares. Should make a new one sometime. 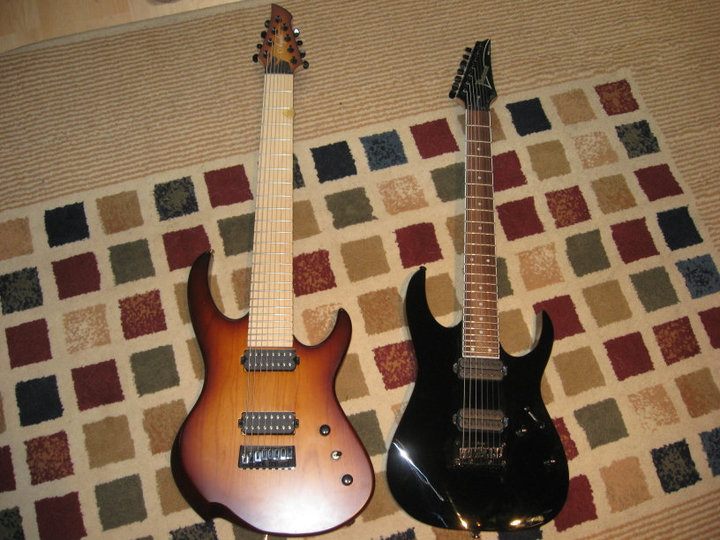 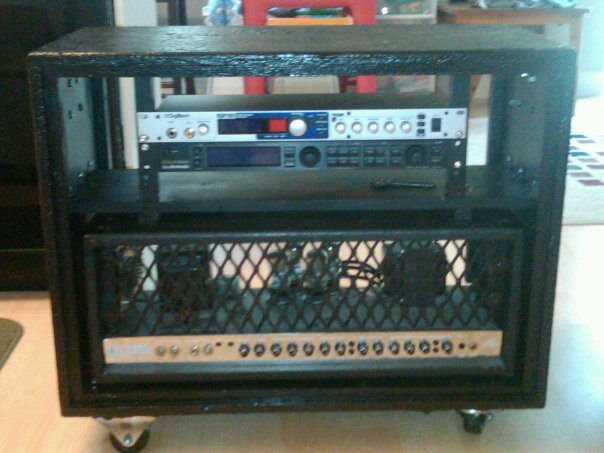 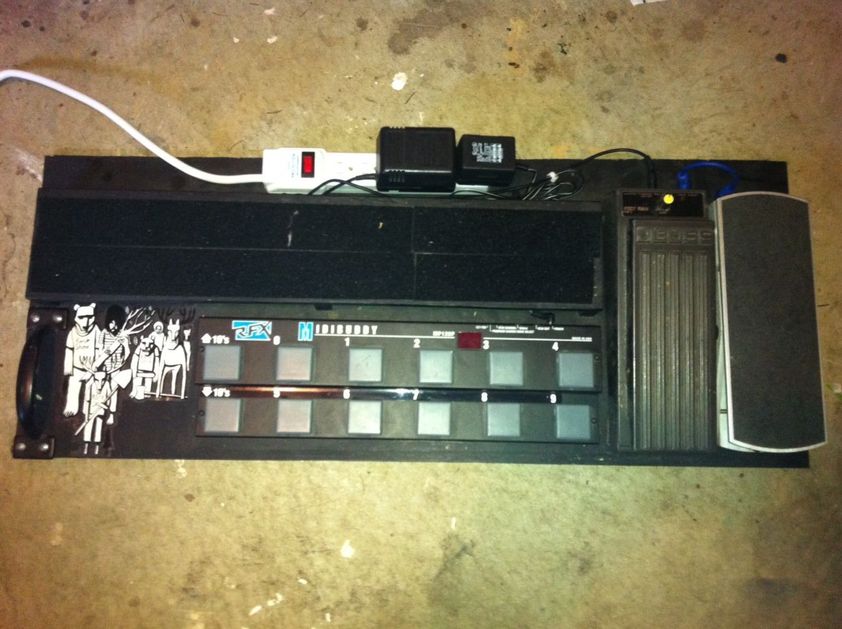 haha that vid reminds me of michael angelo batio

I just got me a new guitar for xmass. I got a sweet G[HTML_REMOVED]L legacy deluxe in honeyburst… frikkin beautifull axe! but my other guitar is a 1989 Charvel model 650XL that I bought new.. I will never sell either one of my babies!
I play through a behringer vintager 112 with a Boss GT 10 efects processor..( I just got it last friday, and Im having a blast monky farting around with it) I used to have an old Peavey triumph 120. but after I changed the tubes in it. ( you have to do that when you have had an amp that has been jammed to hell and back for 15 years) it never sounded the same. :( but with the orig. tubes it was just awesome!!! that thing was the loudest amp i have ever heard!! OMG!!! the sound guys at gigs tried to tell me to turn it down, and i said HOW? its barely on 2!! they thought I was kidding till they looked!! man I would love to get another one….

Never underestimate the power of stupid people in large groups

I wouldn't call myself a guitarist but I do have fun with the Danelectro Pro and a little Vox modeling amp (along with an M-Audio Keyrig 25) piped into my Mac/ Garage Band.

Here's some of it:

An oldie but a goodie

What's life without a Tele

Just a reminder, never wash your guitars in hot!!!