BC drought and water use (merged)

why don't we do what saudi arabia does and cloud seed.

The jury is out on this …

A lot of the reports from the Middle East and China sounds more like government spin than science. You would think people who make a living from it would compile and publish stats of its success rate. It certainly isn't a reliable solution. It is believed that the success rate is at best of the order of 10%.

If you have an hour and 46 minutes to watch this (takes a few minutes to get rolling), its pretty interesting. If you like watching Neil deGrasse Tyson as moderator in a debate/discussion, it will make it even more interesting. The only guy in the debate is a retired General. The others (all women) are scientists and engineers.

It raises a lot of interesting points. For example, desalination is an imperfect solution (aside from energy demands) - the high-salinity water byproduct is nasty stuff and much denser than seawater and needs to be disposed of responsibly. Keep cheating the ecosystem, and you will crash it and get slammed. 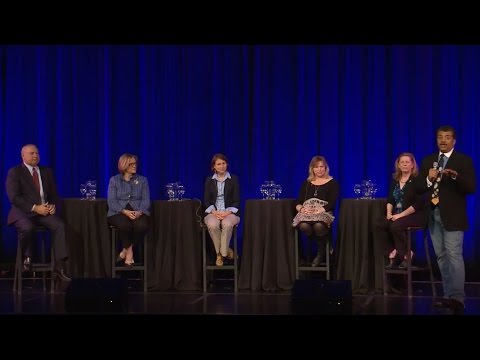 If you have an hour and 46 minutes to watch this

you can't be serious. do you know how much stuff i will miss on the facebooks in that time?

Opinion is the lowest form of intelligence. It requires no accountability, no understanding.
The highest form of knowledge is empathy, for it requires us to suspend our egos and live
in another's world. ~ Bill Bullard

Another lead scare in our province to tell you about.

This one is in Pemberton.

Sampling by the village has found levels as high as 6 times the maximum acceptable concentration.

The high pH is causing an interaction with existing plumbing fittings in people's homes.

People are recommended to let the tap run for 6 seconds before drinking water.

… But apparently they should not boil it as this increases the lead levels since lead remains behind after evaporation.

Letting the tap run to flush house pipes is a pretty standard recommendation. Run until it's cold before drinking it, esp first thing in the am. Unless you have new plastic piping. But frankly I would still do the same, God knows what we'll eventually find leaches out of that.

Man I could use a drought right now.

The high pH is causing an interaction with existing plumbing fittings in people's homes.

It's actually a low pH (acidic) that is corroding the pipes. Generally, a relatively easy and inexpensive fix as long as their water treatment is centralized. Just add soda ash solution to raise the pH to neutral.

Calling for resignations in Pemberton. People are surprised that the city knew about the problem for many years and did nothing to fix it or warn residents.

There has been a considerable financial cost to people and businesses because of the corrosion issues.

That hole is for a house? I have got to find a new career path.

Delta too. This is crazy.
Why does drinking water for school kids always come up as a problem?

The Delta School District confirmed itâs in the process of testing water quality at 31 of its schools, and lead above the maximum allowable limit has already been detected at 19 of them.
Those include elementary schools, secondary schools, and the Delta Manor Education Centre for adult and language classes.

Just the latest to show that although the source may be pure, there are still major issues with drinking water quality in many places in BC.

Not everything that blooms springs forth a new season.

Saxitoxin. Not so sexy after all.

Will there be any Harmful Algal Blooms to worry about this summer?

Let's all flush some fertilizer and detergent down the drain and see what effect it has!

Even if you don't, do watch the blooming video.

All users of the Comox Valley water system are instructed to boil their drinking water for one minute at a rolling boil.