What food do you crave before/after training/riding?

I am really addicted to beef jerky. I can't help it. Only when I ride though. My wife and daughter think it's gross and not good for me but I read somewhere it was actually a very good food to eat before training. Now I even have an arguement lol

Lots of water before
Lots of Chocolate milk after

I recover with beer. Usually something crafty.

apres exercise something with lots of salt

I recover with beer. Usually something crafty.

Oh no, now I have beef jerky and beer in mind lol IPA mmmmmmm!

sometimes I enjoy a coffee prior to a ride as well.

The longer the run the worse crap I seem to want to eat after. 20kms or more = dbl bacon cheeseburger with fries and beer. Before I like something carb heavy like pancakes or a big bowl of granola.

depends on the day and amount of energy used , on a regular rip , it,s usually a mega can of Dr Pepper , is my go to , and then some chocolate milk , or muscle milk . if it,s after a race it can be anything and everything under the sun , but typically there,s a couple litres of fluids being replaced , wish I drank beer , but I don,t so my re hydration is on the mellow side .

Doughnuts and no I'm not a cop.

The raw, primitive, unrefined trails that see little to no maintenance are the kinds of trails that really build skill. What kind of skills do you learn riding a trail that was made by a machine, groomed to perfection and void of any rocks, roots or other obstacles that could send you careening over the handlebars? 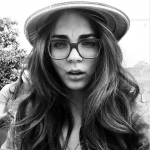 At one point, slushees and gummy candy when I gas up my truck. Ugh. So terrible. But also great.

As an athlete I always stick to Beer and pizza or poutine after a ride.

When I am in bonking because of low bloodsugar levels I crave a certain type of gum bear candy from Haribo called "Tropifrutti". Imagine gum bears with the taste of all kinds of exotic fruits. Soo good.

Other than that, everything tasty enough, pasta, rice, potatoes with veggies and meat. Preferrably roasted.