For sure. Although I'm so slow that a run/hike on the peak of Seymour would be my preference.

Ya for sure.
Late spring/summer we do evening trail runs twice a week. Usually 3 or 4 of us, more than welcome to join.

So I just signed up for the Squamish 50. Anyone else going?

Check out "Finding Traction" on Netflix if you wanna watch some real suffering. 273 Miles in less than 5 days.

Spirit trail/ seawall from Pemberton to Dundarave has no snow or ice on it. Been salted, great winter running route.

Heads up. Barkley Marathons is up on Netflix.

Insanely hard "race" and worth a watch.

Crazy finish to the Barkley this year.  Gary Robbins was so close!

So is anyone still running? I've been going hard this year. Putting in about 50k a week. Signed up for 2 ultras this summer. A MEC 55k on the north shore and the 50 mile in squamish. Met Gary at the Squamish50 orientation run last Sunday (when I say met what I mean is he checked me in for the run lol) then ran/scrambled/walked 18 miles of the 50 mile course in 3:45 which amazed me. Should be an epic summer.

To be honest I stopped running for the moment and try to ride my bikes as much as possible.

But definitely awesome to read that you take part in ultras. Nice.

I did some running at the end of last year, but not this year, at least so far. At the moment I plan on a few biking related things.

And I have hurt myself in the past too often so that I decided that something's got to give, in this case my running and the plans.

Getting out there is the main thing. On my end I don't even own a bike anymore but don't miss it much either.

I barely ran all winter, didnt start again until early march but quickly got into a routine of doing one or two 10k runs midweek with a long run of 25-30 on weekends. Nutrition and hydration game has been on point throughout and the body is holding up well. Recovering quickly too.

Last Sunday's orientation run in squamish was something else though. Friendliest crowd ever goes to these things. What a day. You don't have to be registered for the squamish 50 to take part in them either. Just need to to make a donation to sorca. Great way to get guided through some great trails and even an aid station at the halfway point.

How come you no longer own a bike? Always thought of you as a die-hard.

Yeah surprised me too. I'm just more into my car and my feet these days. Enjoying the comforts of driving and find a good run in the woods more satisfying than cycling.

I recently got back from a week of dry sun in Sedona AZ. We ran-hiked about three hours every day and loved every minute of it. Grand Canyon (Bright Angel Trail) was another highlight.

I'm anxious not to lose this endurance, so I expect to do a lot more running and fast hikes this year, as well as increasing my distance.

Well BMO was a disaster. Had a cold coming on in the days previous but figured with enough hydration and nutrition and not pushing for a PR I could make it through ok.

Things were ok for the first half then right around kits beach started feeling dizzy and short of breath. Vomited. Tried to get some water and gels in me  and keep going at a slow jog but just vomited again at the foot of the bridge. Walked across the bridge. Broke down and decided to quit at km 31, sat down and cried for a bit, then decided to finish it even if it meant walking the whole thing. Walked the next 9kms then did the slowest jog of my life for the next two to the finish. Time was 5:50 a full hour and a half slower than last year.

Looking back on it now I don't know what to think. Part of me is happy i got it done but I went to bed full blown ill with a fever and still feel like utter shit. The other part of me thinks I shouldn't have even attempted it. Yet another part of myself is proud of myself for getting it done despite feeling utterly defeated and hopes that attitude will get me through Squamish 50. Yet another part of me is depressed and has no desire to ever run again but I'm pretty sure that will pass when I get better.

Mec trail race 3, the 55k ultra I signed up for is in less than a month but I don't want to think about that right now. Will have to see... 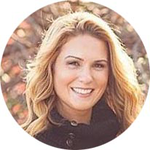 If you like running it might be worthwhile to have a coach check your form. It's been said before in this thread but most running injuries are due to something in the stride that can usually be corrected.